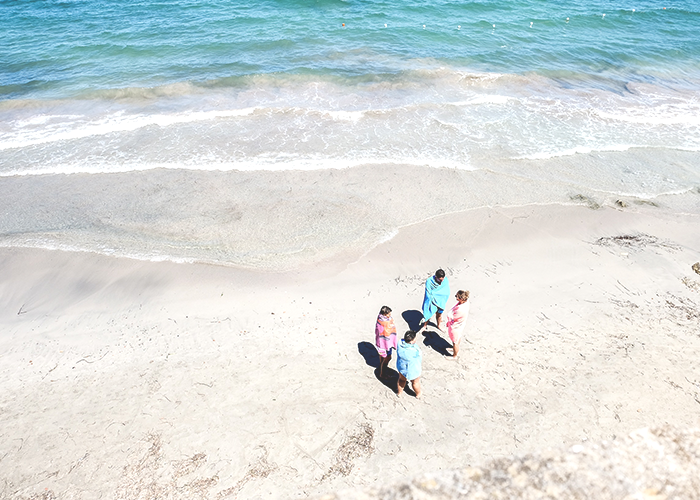 At the ripe old age of 31, I can look back and say, “I definitely did some things right in my 20s.” Sure, I made a few mistakes along the way (*cough* using a financial advisor who recommended a lot of high-fee investments *cough*), but I also feel relatively financially secure, and I think it’s because I built a very strong fiscal foundation in my last decade.

Not all my tips will work for everyone, but here’s what I did right:

Now, this might seem counter-intuitive, and to be sure, I would likely have a lot more money now if I had started making more right after graduation. But, I also have a lot of gratitude for my first job and its accompanying low salary. Making $27,000 a year and living in Brooklyn wasn’t easy, but it did teach me exactly how much money I need to get by. I learned how to stick to a budget and how to have fun on the cheap. And most importantly, it set my baseline low. Even now that I make more money and can afford luxuries like a daily latte or a monthly shopping binge, I almost never do those things. Lifestyle inflation is real, but as my salary has increased, so has my savings rate, and I think that’s directly related to making a low salary when I first started out.

2. Saved for Retirement Right Away

On my first day at my first job, the HR representative during our orientation gave us a big overview of how retirement savings and investing works. She showed us one of those scary charts about how you can start saving at 25 and stop 10 years later and still make more money than someone who starts at 35 and never stops. (See also: Compound Interest.) It, along with the economy bottoming out a few months later, scared the heck out of me, and I started putting away 10% of my salary right away. Since then, I’ve increased it 1% a year. Starting that habit and starting it early has been invaluable to setting myself up financially.

3. Moved Back in with my Parents

That low-paying job and my broke-but-fabulous lifestyle in Brooklyn started to take a toll on me, and after a year, I moved back in with my parents. Although it felt like a failure at the time, now I realize that the time I spent with them was key to setting me up financially. I was still able to commute to my job, but since my rent was much lower, I was finally able to save up some money. Moving home also gave me the time to start my first side-hustle, freelancing at my hometown newspaper, which helped me save even more and gave me an excuse to see the town in a new light. When I moved back to the city a year and a half later, I was in a much better place with my budget, and I’d picked up a side-hustle habit I still have to this day.

Going out to eat is one of my biggest splurges, and even dollar pizza or dumplings starts to add up after a while. Learning how to cook affordable and healthy meals played a big role in helping me find my financial footing. My good friend and roommate taught me everything I know, but most of her tips are replicated in Good and Cheap

, which is available online for free, or How to Cook Everything

, my personal food bible. Being able to whip up a tasty meal without spending a fortune helped keep me fed and happy, and it also helped me hang out with friends who might otherwise have preferred to go out. Potlucks FTW!

5. ​Got a Higher Paying Job

​I know, I know, I just said having a low paying job was helpful — and it was! — but at the end of my twenties, I knew it was time to take things to the next level, and I moved into a higher paying industry. Although I had gotten some raises and promotions at my original job, I knew that if I wanted to take my financial life to the next level, I needed to make a big move, and so at 29, with just months left to spare in my 20s, I found a job that gave me a 40% raise. Since I was already used to living on less, I started transferring some of my check to savings automatically on payday, and it’s made a huge difference to my financial life. Budgeting and spending less are important, but so is advocating for what you’re worth and taking calculated risks to move forward. It took most of my twenties, but I’m so glad I learned that lesson.

Kristin Maffei is a New England-based copywriter, poet, and budgeter-extraordinaire. You can read more of her work on her website and blog.