5 Items I Donated During Spring Cleaning, & 5 I Kept 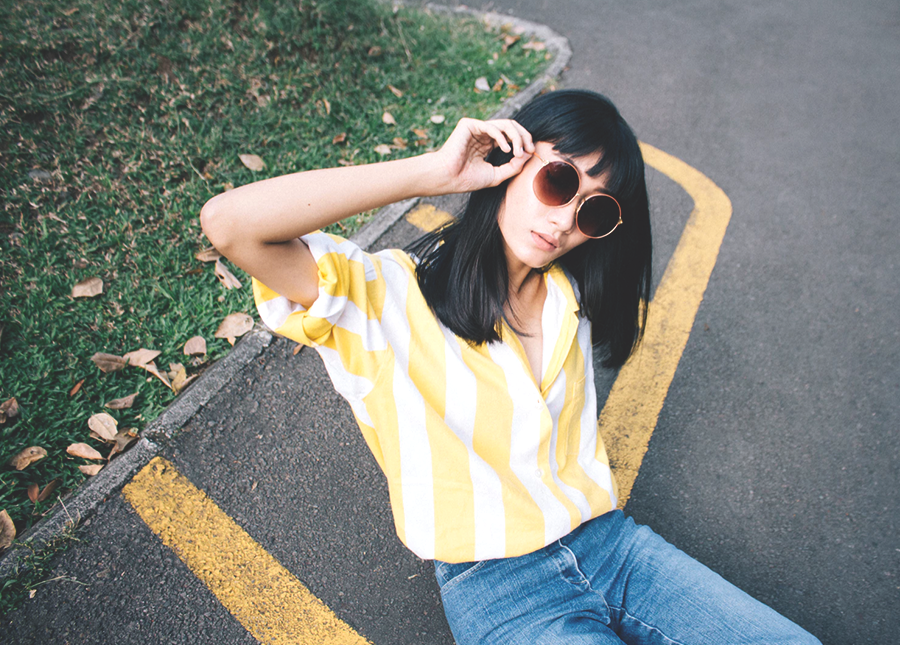 Since I’m almost certain I’ll be moving when my lease is up later this year, I decided that my spring cleaning should focus on cutting down my personal possessions. One of the many annoying things that can happen during a move is panicking and deciding to keep everything just in case, only to realize months later you’ve never even unpacked some of the boxes. I’ve done that more than once in my life.

So this time, I took a critical look at my possessions to see what items should be donated and which ones would survive another move. I’m not particularly interested in minimalism — it looks cool and also like a lot of expense and effort — but I’ll probably have to downsize in order to afford to live closer to work. With that in my mind, I went through a few areas of my house to decide what would and would not be worth hauling to a new apartment.

1. We Wish to Inform You That Tomorrow We Will Be Killed With Our Families by Philip Gourevitch

When my literature major roommate was moving out of the apartment, she allowed the rest of us first dibs on a wide assortment of books. I grabbed several of them, including We Wish to Inform You, in the hopes that I’d read more Sophisticated and Important Literature and grow to like it (and somehow become a better version of myself). I hauled those books through several apartments across multiple cities, and I read precisely none of them despite always placing them on a prominent spot on my bookshelf.

For Christmas one year, my mother gave me and all of her other adult children triple slow cookers. Basically, it was a single unit with three tiny slow cookers, so you could do different dips/appetizers in each. Pretty cool if you’re the sort to do a lot of hosting, but my introverted self used the contraption all of four times (including trying to scale down a normal-sized slow cooker recipe to fit into one of the tiny cookers — which did not work out well). On top of the fact that I rarely hosted parties, the triple slow cooker was too unwieldy for me to comfortably haul it elsewhere. So it sat, unloved and unused in a closet.

I rarely wore hats when I was growing up, and once I got into my teenage years and started caring about my appearance more, I quickly grew to hate hats. Sure, you can probably fix hat hair if your hair is straight or wavy, but hats religiously ruined my 3a curls. Combing my fingers through my hair in an attempt to fix things just turned my head into a giant ball of fuzz. Even now that my hair is much too short for ringlets to form, I still won’t wear hats. I’d rather pull the hood up on my coat, which won’t ruin my hair as much, or just suffer cold ears than put on a hat, even if it is snowing. (And, frankly, I’d much rather be inside when it’s snowing, so it’s not like I had much use for the hats anyway.) I donated every single hat and a not-insignificant number of scarves as well, so they can keep someone else warm.

I love the idea of accent pillows, but the truth is that I hate to sit with them. Whenever I’m on my couch, I toss the accent pillows on the floor so they aren’t in the way. Yet I was still hanging onto a red accent pillow that I had bought for a chair I no longer own, because it was exceptionally pretty and fit my living area color scheme. Where was I keeping it? In an ottoman, entirely out of sight. It’s beyond ridiculous to hold onto a functional, pretty object when you don’t use it and don’t ever have it out to admire it.

5. Part of an entertainment dish set

My father gave me an entertainment dish set that included a set of small parfait glasses. I made parfaits precisely once (the first New Year’s Eve I had them) and then shoved them into a cupboard. Because of their shape, they couldn’t stack, so they took up a lot of space. When I was digging through my cupboards to find another item, I spotted the dusty glasses and realized it was pointless to keep them when I was going to continue not using them. Like the triple slow cooker, I simply don’t entertain enough for them to be useful. Someone else can give them a chance in their kitchen.

1. The rest of the entertainment dish set

That set came with three colorful bowls meant for dips and garnishes. They could have ended up on the donation pile, too, except that they are the perfect size for something else. When I need a night off to decompress, one of my favorite things to do is play video games while I enjoy an assortment of snacks: sliced fruit, crackers, chocolates, fancy cheese, popcorn — whatever strikes my fancy. There’s just something delightful about sticking each snack in a separate, fancy dish and having the whole spread in front of you while you’re trying to save a fictional world from ruin. I’m sure I’ll use the dishes for dips and garnishes should the need ever arise. In the meantime, they’re my designated video game snack dishes, and I adore them.

I’m fully capable of cooking rice on the stove, but I honestly prefer to use my rice cooker. It’s small and simple — there is exactly one button — and cooks the perfect amount of rice for one to four servings at a time. As a single person, this is great, and it means I can focus on the main dish while the cooker works in the background. Because it’s so small, it takes up very little space, and I’m more than happy to pull it out of my hallway closet whenever I need it.

I have accumulated a small collection of blank notebooks over the years. Even though I’m going through them slower than I used to (I started my current notebook three years ago), I decided to hang onto the ones I have. Yes, they take up shelf space, and I probably won’t get through them all in the next two decades, but they’re pretty and have the exact kind of binding I prefer for notebooks. I’ll get around to filling them up someday, and until then, I like the look of them on my shelves.

Home décor is a difficult thing to gift, but my friend picked out a perfect lantern for my birthday one year. It is rectangular, with a black metal frame and glass panels, and the panels have dragonflies etched into them. It’s beautiful when it’s all lit up from the inside. Since most of my candle-burning is confined to the fall and winter, I only use the lantern for part of the year. But even if I don’t have any candles on hand to burn, I like having the lantern on my table anyway.

5. An assortment of favorite childhood books

A Wrinkle in Time. Roll of Thunder, Hear My Cry. Ella Enchanted. All books I haven’t touched in years that are still on my bookshelf because, at one point in my childhood, I loved them with all my heart. Maybe someday I’ll pass them on to another, younger member of my extended family. Until then, they’re tucked into a corner of my bookshelf so I can make vague plans to reread them a few times a year.

I don’t have a perfect formula for deciding what to cull and what to keep. A lot of it boiled down to two questions: When was the last time I used this? and Do I actually like having this thing? This was only round one of pruning my belongings, but I’ll definitely be revisiting these questions over the next few months as I prep myself for a possible move.