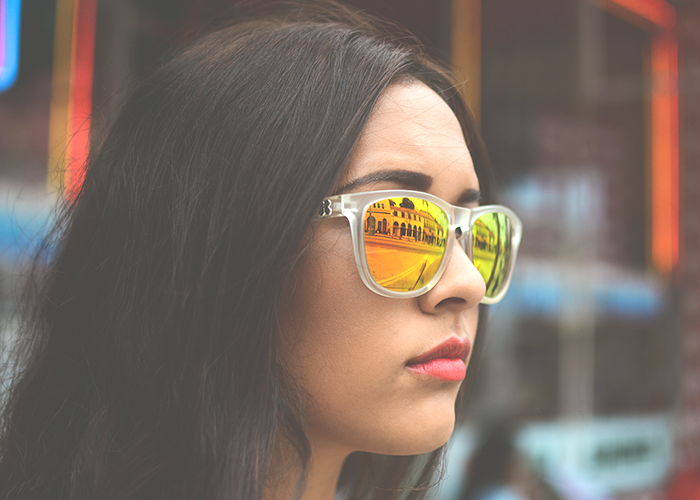 This past March marked exactly one year since I purchased my first stock — the day I’ve decided officially made me an ~investor~. As I’ve written about before, I started investing while I was still making a pretty tiny salary — $37,000 while living in Manhattan, which, between rent, and law school applications, and life, never seemed to go very far. It took me a while to come around to the idea of parting with my hard-earned cash for some hypothetical stocks. My very risk-averse immigrant parents instilled a similarly risk-averse approach to money in me, and with all the Big Bad Scaries I heard about the stock market downturn of 2008 — and the many, many people who got burned in the process — it took a really long time before deciding that investing was something I could do.

It’s been a year of investing on a tiny salary, and now I’m on an even tinier salary (thanks law school!) largely comprised of freelancing income and the occasional cash influx in the form of a scholarship or tax refund — but my portfolio is going strong. Here, in no particular order, are the lessons I’ve learned about investing over the last year.

1. Letting your political opinions shape your portfolio is a good way to lose money. The night after the election, I came really, really close to liquidating my portfolio because I was fairly sure our country was doomed and we were headed for the apocalypse. I’m still entirely positive that Donald Trump is a threat to democracy, and his leadership will make our country a worse place. Nevertheless, the stock market, for whatever reason, has been on a steady upswing — maybe some people think Trump’s stance on deregulation and corporate tax cuts will benefit the economy, maybe everyone is in denial, who knows.

And over the next four years, Trump’s policies being beneficial to the economy seems, to me, just as likely as the chance of a trade war (or nuclear fallout), more or less. The reality is, you never know what’s coming next. Stocks tend to provide solid returns in the long term, but unpredictable returns in the short-term. If you don’t need the money in the next few years and can stomach that kind of uncertainty, investing is a good idea.

2. My innate laziness makes me a pretty great investor.  Y’all, I’ve never been in a position where my natural laziness has been an asset, but as an investor, it’s been downright stellar. Ever since starting school in particular, I haven’t been in a position to actively invest. I have way less extra money lying around, and not a lot of free time to actively check on how my portfolio is doing. And somehow, even with this extreme inattention, I keep getting dividends, the value of both my 401K and my brokerage account has increased overall, and things are looking pretty good for the literally zero effort I’ve invested over the last six months. It’s probably true that the best investors are, in fact, dead, because if the last six months is anything to go by, it’s a strategy that’s worked great for me.

3. You do actually need to pay taxes even on very tiny-seeming dividends. Oof, I learned this the hard way. This year, I was in a rush to file my taxes for financial aid purposes, and didn’t wait around for the tax forms from my brokerage account, figuring I’d barely made anything in dividends worth reporting. Yikes — that was a miscalculation. Always, always report your dividends, even if you think they don’t add up to much — better that than risking an audit by the IRS. You also pay taxes on stocks you sell, and they tend to be much higher if they’re stocks you sold within a short period of buying them.

4. Your portfolio should never replace your emergency fund. My emergency fund took some major dips this year between medical expenses and starting school. And even though I have several thousand dollars in investments, I’ve realized that it’s not really a substitute for having an easily-accessible, relatively liquid emergency fund close at hand. Sure, in theory, the stocks I own can be sold, or my 401K can be liquidated — but not without fees, taxes, penalties, and potentially the lost income of selling investments off at an inopportune time. That’s why my financial priority right now is getting my emergency fund back to a healthy place before I resume investing again. As I’ve learned, life has a lot of bumps, and having a stash of cash at the ready in tough times proves to be a very effective cushion against the worst of it.

5. Losing money will happen — and it’s a learning experience. While I’ve overall been pretty lucky with my investing choices, some of my earliest decisions proved to be bad ones — namely, my decision to invest in Fitbit shortly after its IPO, which was a rosy upswing for about a month before plummeting $25 a share — and never recovering. My investment represented a pretty small part of my overall portfolio

— about $500 in all — but losing that money, with seemingly no future prospects for redemption in sight, was incredibly difficult. The thing is, as an investor, you learn every time you lose money. Investing in Fitbit, looking back, was a risky decision — stocks are generally pretty overvalued right after an IPO, and an initial rise means very little for its long-term viability. It’s not a mistake I’ll make again, and the things I’ve done right — namely maintain a diversified portfolio of low-cost ETFs that have largely done well and produced dividends despite all the market turmoil — ultimately meant even the pretty significant loss didn’t make that much of a dent in my overall gains. Plus, making mistakes in your 20s is far better than making them in your 60s, so at least on that front, I’m on the right track.