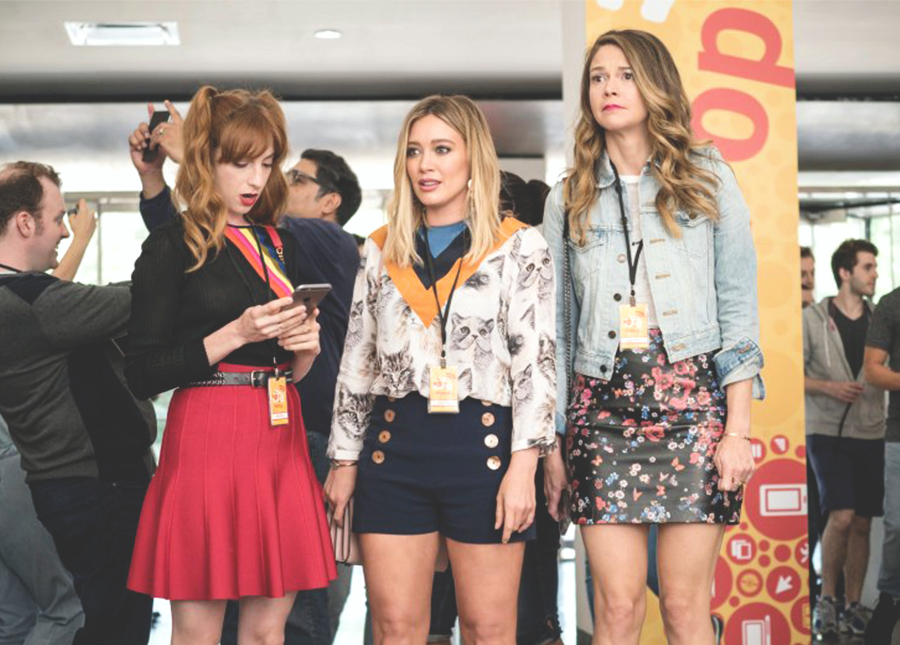 “She’s a bit controlling, emotional, worried she’s not heard. She’s sort of like I was when I was a new manager,” I told my husband. The millennial woman we were discussing is a new major player in my career. She’s smart but unsure. Full of great ideas but unrealistic. Tries so hard to be liked, she is overbearing.
At the end of every conversation, I feel as if I’m exiting a lengthy Tilt-a-Whirl ride at a carnival. It takes a while to rebalance myself.
And that’s fine. I really want to help her, to watch her succeed.
As corny as it sounds, that’s due to some realizations that hit me while watching TV Land’s dramedy Younger, which was just renewed for a fifth season. Watching that show reminds me of the difficulties and disappointments faced by those starting their careers.
The show centers on 40-year-old Liza, whose age torpedoes her chances to restart the once-promising publishing career she shelved for her family. It’s not until Liza adopts the clothes, words, and attitudes favored by twenty-somethings that she lands a coveted job and begins to advance.
The show brought to mind my own reinvention. Much like Liza, I cut short a bright early career for personal reasons. Sadly, even at age 35, I didn’t have the looks to mirror a 26-year old. But, like Liza, I juggled duties and challenges as a “young professional” while dwelling in a more mature mindset.
Consider some of these Liza-and-me situations to help guide your interactions with older (and some younger!) colleagues:

1. Recognize no one knows everything.
When Liza is hired as a publicity assistant, her social media ignorance almost derails her new job before it begins. Rather than bumble along and make egregious errors, she calls upon her colleague and soon-to-be friend Kelsey to teach her. I wonder if they would have been so quick to help her if they knew Liza was 40? I’ve struggled with technology and watched it fuel younger colleagues’ impatience and disdain. That’s disheartening. I don’t want to do a lousy job — I just didn’t grow up with computers. When someone helps me, I’m not only grateful, I look for ways to repay the favor.
Takeaway: If you see a colleague struggling with technology or other skills you have mastered, lend a hand. Discreetly. No one wants to have their incompetence broadcast. Gently guiding an older colleague through the rough spots will win you an in-office ally.
2. Don’t profit from others’ misfortune.
There are many instances when Kelsey and Liza each make major, almost career-ending, missteps. Rather than use colleagues’ blunders to snipe and jostle for a career advantage, they work as a team to advance each of their careers. Contrast that with Liza’s publicity boss Diana. When working with other women, especially those younger than herself, she is verbally belittling and shamelessly hoggish, often stealing others’ ideas. The result is scorn by her subordinates and disdain by her superiors.
Takeaway: No matter your age or the age of your colleagues, don’t act like a mean girl. Undermining others only sabotages your career.
3. Realize age is just a number.
Some older colleagues will reject you due to age, and that’s unfair. Ageism is still one of the most socially acceptable forms of discrimination. Think about the derision with which Diana treated the “young” Liza. But the discrimination runs both ways. Think of the two condescending twenty-something women interviewers who met with 40-year-old Liza and rejected her as too “orange” (by which they meant old!). Ageism takes many forms, including eye-rolling and impatience when someone isn’t as skilled or quick-witted as younger counterparts.
Takeaway: It’s sometimes difficult to think of those in different generations as equals for myriad reasons. They likely differ from you in many ways, including dress, word choice, and lifestyle. But the bumps Liza endures illustrate that she’s the same person whatever age she wears. Give older colleagues a chance.

4. Ignore the mean girls and guys.
Liza’s publicity boss Diana surely knows that her younger colleagues demean her. Liza overhears her realtor disparage her to a prospective buyer. And, of course, Diana is often condescending to Kelsey. What did these situations have in common? The offended person ignored the slight. Shouting matches, tears and angry gestures never erase the sting of being hurt. They only make the offended person look like a weak victim. Liza, Kelsey, and Diana are mature enough to endure stings, dismiss them, and move on.
Takeaway: Don’t allow jealous colleagues’ judgments to derail you.
5. You intimidate your older colleagues.
Baby Boomers and members of Gen X are fearful you and other younger staff will push them out of jobs. And with good reason. There are many studies that show that’s happening to professionals as young as 45.
Takeaway: Break down barriers by treating your older colleagues as equals to gain supporters and mentors.
Liza changes from being 40 to 26 and back again, but she never swaps her penchant for kindness, her sense of humor, or her values. No matter her perceived age, she’s the same person. Applying that observation to your older colleagues is perhaps the greatest takeaway Younger reveals.
Nancy Dunham is a Washington, D.C.-based journalist who writes about personal finance and business. Her work appears in The Washington Post, MoneyTalksNews, Fortune, and other publications. Follow her on Twitter@NancyDWrites.