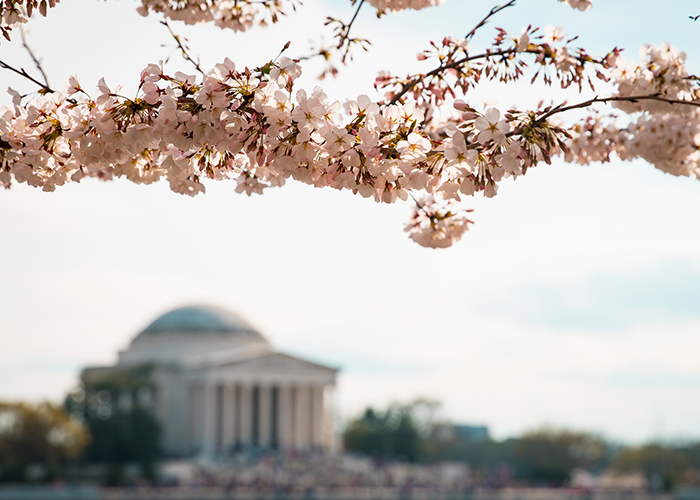 With our President-Elect’s inauguration just a few days away, it’s easy for a lot of people to feel disillusioned with the state of our nation, and it’s even easier to disengage from politics entirely. But in this post-election, “post-truth” world, it’s all the more important that we as citizens remain politically engaged and civically motivated. During his Farewell Address, President Obama pointed out that, “Our democracy is threatened whenever we take it for granted.” Political engagement doesn’t start or end with a presidential election. It is a sustained process, and while there are definitely institutional and structural barriers to getting politically involved, there are also lots of low-cost ways to remain civically engaged.

President Obama’s Farewell was as much of a final call to action as it was a reflection on his tenure in the Oval Office, and he called us all out when he said, “If you’re tired of arguing with strangers on the internet, try to talk with one in real life.” During the campaigns and after the election, it was open season on earnest Facebook dissertations and belligerent Twitter egg fights. Penning a lengthy status or blog post might be cathartic, but more likely than not, it’s just fueling the echo chamber that is your news feed. Take the conversation offline. Ask questions. Listen to understand, not to immediately respond. Our democracy was designed for us to disagree, but respectfully so. There’s a real lack of empathy in our political discourse these days, and considering the personal is political, we have to remember the people behind the politics.

I cannot emphasize enough how effective directly contacting your representatives in state and federal government can be. I know it doesn’t seem like it, but politicians do keep their promises (reelection persuades you to get shit done). If you want your representative to actually represent you, you have to make sure they’re hearing your perspective. You may have voted for them in November, but that doesn’t necessarily mean they’ll support or shoot down a bill in April.

Outdated as it may seem, letters and calls are the best way to get your elected officials’ attention. Like I said, the personal is political, and it’s those personal details that can often be the most impactful when lobbying a decision maker. It can be intimidating, but there are tons of resources online for letter templates and scripts for phone calls. It is 2017, so you can (and should) check out your rep’s social feeds to see what they’re up to and tweet or comment. That being said though, a communications team manages those pages, and their primary concern is moderating inflammatory comments, not necessarily relaying your POV to the senator, representative, assembly person, etc. Calling is your best bet, and it really works!

It’s really easy to get caught up in what’s happening in national or international news, but so much of your everyday interactions with government are at the state and local level. This can range from getting a traffic light camera on your corner to a proposed housing development or shopping center to your garbage pickup and snow removal. More likely than not, you won’t be reading about these things in the New York Times. Support the publications and journalists who know the ins and outs of the local happenings. They’re members of the community, so they’re just as impacted by this stuff as you are. Not to mention, the incoming administration has made its position on the media clear, and this is the time to be supporting publications doing good, thoughtful, and relevant reporting.

It’s great if your personal brand is InformedCitizen™, but it isn’t enough to just know what’s going on if you want to affect change. Attending a town hearing, a community board meeting, or your local equivalent (town meeting at Miss Patty’s, anyone?) to advocate for yourself, your neighbors, and your community. These meetings are free and open to the public, and always include “new business” minutes in the agenda. You just have to do some sleuthing online to figure out the time and place, considering local government is not known for its advertising prowess.

Just last fall, there was huge turnout at a school board meeting in my hometown after girls were being sent home for wearing shorts and tank tops to school. When the entire community came to defend these girls’ right to an education and called out the implicit sexism of the dress code, the school board was forced to react. So, if that new shopping center is going to double traffic on the town’s main road, this is the space for you to voice your dissent, or demand a turn signal be installed, or advocate for the jobs it will create in the community.

5. Support the causes you care about.

After the election, donations to non-profit organizations skyrocketed, primarily as a way of expressing dissent. This can seem to be a counterintuitive way to be politically engaged since the impression is that NGOs run parallel to government. Of course, non-profits run their own programs and seek to fulfill their own missions, but some might have an advocacy team to push certain legislation or rely on government funding — and this is where they stop running parallel and begin to intersect. So, if you care about protecting civil liberties, ensuring healthcare for women, or protecting our environment, and you have the financial capability to do so, support causes that matter to you. You don’t need a trust fund or a family foundation to give charitably. Small monthly donations of $25 add up over the course of a year. Ask friends to make a donation in your honor of a birthday or promotion or some other special event. If you’re getting married, consider making a donation in lieu of buying favors.

When you read about just how much money has gone into recent elections, it’s easy to succumb to the notion that our politics are entirely governed by moneyed interests. But our democracy is designed with an active and engaged citizenry in mind, and there are various (free!) entry points into the political world. At the end of the day, it’s up to us to reclaim politics as a space for the people. As Louis L’Amour said, “To make democracy work, we must be a nation of participants, not simply observers.” And in this moment especially, it’s imperative we participate. Hold your elected officials accountable, stay involved locally, and get off Facebook.

Monica works in the non-profit world by day and is a committed side hustler by night. She tweets about policy, sports, and Kanye West here.