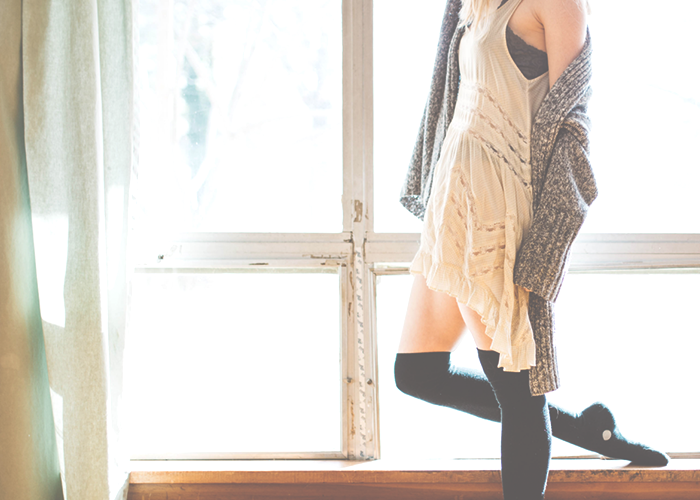 At the beginning of the second semester of senior year, I was on top of the world. I had just come back from a wildly-successful semester abroad, and I couldn’t wait to come back home for one last ride, kick ass, and get the job of my dreams.

For the past three-and-a-half years, I had been your prototypical hyper-confident, hyper-efficient student machine. I made dean’s list, edited a student news magazine, and worked in student theater, all while juggling an impressive array of coveted on-campus jobs and internships. I’d been showered with praise from advisors and mentors; I was told I interviewed well, my résumé was great, and I had all the makings of a classic campus success story.

It is with this wildly over-inflated ego that I filled out my first job application. I would fill out almost 300 more in the nine months it took me to get a job. And by the time I arrived at my first day of that job, it was October. My bank account was empty, my heart was broken, and all the confidence that had bolstered me for so long had slowly leaked away.

It’s been three years since I graduated from college, and my career, finances, and general emotional state have never been healthier

. But it took me until now to finally feel like I’ve recovered all the momentum I had in college, so I often find myself thinking about those hectic days around and just after graduation. I was young and eager and full of promise, with plenty of experience and the willingness to work hard and try anything. So why couldn’t I get a job?

Well, with the power of experience and the value of hindsight, I think I finally understand it. Here are the five major mistakes I made after college graduation. Please, for the love of all that is good, do not repeat them.

1. I put too much stock in finding the “perfect” job. The word “perfect” goes in air quotes, because when I say perfect, I don’t mean a 9-to-5 that paid me $75,000 a year to write listicles. (Though that would be nice.) I mean a full-time job that paid me a living wage, gave me benefits, and perfectly matched my skills and experience. When I began my job search in earnest, I was looking mostly for full-time, permanent jobs. I did not look seriously at paid summer internships and fellowships that would tide me over (at least not until it was too late and they’d already been filled), nor did I look for jobs outside my immediate comfort zone. For a few long and stupid months, I ruled out marketing, thinking I didn’t have the necessary experience. (I did.) The positions I was applying for were flashy and competitive, and I was competing with the geniuses from Harvard and the Instagram-famous hipsters from art schools like Emerson. I should have widened my net sooner, because by the time I realized my mistake, it was May, and the well of job openings had run mostly dry.

2. I didn’t temp. My mother suggested, time and again, that I find a temp job. Fool as I was, I did not listen. (Happy Belated Mother’s Day, mom, you were right.) I assumed temp agencies were for Jane Fonda in 9 To 5 (middle-aged women who had not worked an office job before), and no one else. That, of course, was not true, but even when I figured it out, I didn’t want to take on a temp job because I was paranoid that the perfect job interview would come in any day now, followed by the perfect job offer, and then I’d be screwing over my temporary employer. That was all a fantasy, of course. No perfect job was coming for me. Had I only gone to an agency in the weeks before graduation, I might have gotten some prospects, or at least some interview experience.

3. I moved home. I am eternally grateful for my parents for allowing me to move home. It was a tremendous privilege that I was able to do so. But I shouldn’t have let myself do it, and I consider it to be the biggest mistake I’ve made in my career so far. They live in suburban Northern Rhode Island, and I did not have a car, which meant to go to job interviews in Boston, I had to get dropped off at the train (thanks, dad!), then take an hour Commuter Rail ride to the city, then transfer to the metro. I could spend up to six hours and $30 just traveling to and from interviews.

This also limited what jobs I could take; I couldn’t take a job that needed me in the office before 9 AM. I couldn’t take a job that required me to be in the city later than public transit ran. But beyond the sheer logistical nightmare of getting into the city, I was removed from the professional and social networks that had allowed me to thrive for four years. This isolation, compounded with the stress and shame of total unemployment, drove me deeper into a rut. I felt disempowered. I lost all my confidence. I should have never left the city. I should have checked myself, gotten a temp job, found an apartment, and made it work.

4. I became discouraged. I wallowed. I have no empirical proof for this belief, but somehow I knew that interviewers could smell the desperation leaking out my pores. I could practically smell it on myself. Reading some of my old cover letters I sent that May and June, I can read it through the lines in the subtext: Please hire me. I will work so so hard. I will do anything. I will kneel on the floor and be your footstool. You might not need me, but I need you. For months and months, I spent most of my days on online job boards, refreshing every 10 minutes, but every once in a while I would be distracted by a bout of crying and self-hatred. This hit critical mass when I got a rejection from my dream job, one I’d been on three separate interviews for, only to receive a one-line, impersonal rejection note.  After that rejection, I shut myself in my room for almost three weeks, and reached a state of emotional blankness akin to death, and I was barely applying to jobs at that point. For shame.

5. When I finally got a job, I stayed there for too long. I didn’t live in limbo forever, of course. In October, I accepted a job offer at a textbook company as a marketing assistant. It was a temp gig, and it was adjacent enough to my experience and interests for me to feel like I was finally digging myself out of my hole. I was grateful for the opportunity — still am! — but it was apparent from day one that the workplace was not the best fit for me. I thrive on chaos, and this office was peaceful and quiet. I love working with a team, but there, I had one coworker. My salary was low enough that I was struggling with my bills. But I was still reeling from long-term unemployment, and was still having recurring nightmares about being unemployed again, so I bristled at any suggestion that I start exploring other jobs. In truth, the thought of going back to the job search made me physically anxious. I slipped into depression, drank more than I should have, and had to start seeing a therapist. (I know some of this was mental illness that I was ill-equipped to fight on my own.) Regardless, I was stuck, and I stayed at that job for a full year.

In the end, what saved me was that my worst nightmare literally came true: I got laid off! My imprint folded. But my amazing boss generously gave us four weeks to close up shop, so I was able to interview around for a bit, within and outside of the company. I had enough savings to last me a few months. And my experience at my first job led me to my second job, which was a much better fit. That experience led me to my third job, where I am today, and it’s the kind of position I’d have been eager to apply to in my final semester of college.

If I hadn’t struggled right out of college, I wouldn’t be where I am today. I like my job and finally feel like I’m where I should be. But I wish I could reach across the void of time and slap younger-me in the face. And maybe give her a hug. And remind her to negotiate that first salary. Always, always negotiate salary.

Kelly Catchpole is a writer living in Jersey City. Her favorite animal is the pigeon, but any bird will do. You can follow her on Twitter.