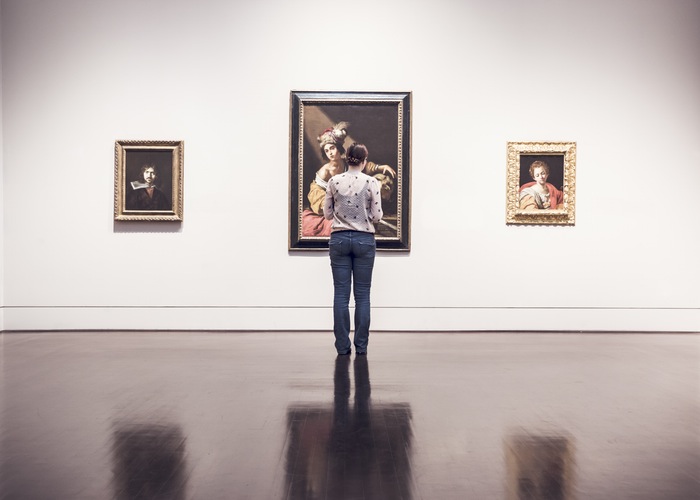 To say that my cost of living in the last year has increased is a gross, gross understatement.

I went to college in a place with no sales tax, where the price of happy hour beers rarely exceeds $2. My rent of $550/month was considered expensive, but since I annually brought in 50 times that, it didn’t seem too pricey. I’m also fortunate because my family had helped me through school, so I luckily didn’t have an excessive amount of debt. The extra year I hung out in my college town, after graduating, gave me a false sense of financial security, and made me underestimate the cost of living elsewhere.

Then, I made the impulsive decision to pick up from my safe, quiet, collegiate town that I called home for almost seven years, and move to a place where my cost of living didn’t only double, but tripled: Seattle, Washington.

I thought I knew what I was doing.

I thought I had a handle on it.

I was dead wrong.

Over the last year, I have spent an embarrassing amount of money. I have made financial screw-ups that I’m still not ready to talk about. I’ve cried in my room staring at my bank account on more than one…let’s be honest, more than 20, occasions. I’ve talked to my parents, friends who were better with money than me, financial advisors, and had to sit down and be incredibly honest with myself. And now, over a year later, it is much better, but I am still not where I wish I was.

Here are a few things I wish I’d known before taking the plunge and moving to a major city, from a small town:

1. Figure out a number you want to save, and then add another thousand dollars to it.

I thought by saving a few grand, before moving, I’d be good to go. But after the cost of moving all of my belongings 500 miles, paying for a new place, and going out for a “Welcome to Seattle” dinner, I had maybe $100 left. It was awful.

You need to save money prior to moving, especially if you move just to move, like I did, and not due to a career change. You will not only have the actual moving expenses (trucks, packing supplies, cleaning fees, gas), but you’ll have the unexpected, “Oh yeah, I moved!” expenses that always come up. You’ll also be putting down a deposit, first and last month’s rent, you may need to buy a fridge, or at least fill an existing one full of groceries, and will probably want to experience some things in your new home that aren’t exactly free.

2. Be honest about what you can actually afford.

When I got to the city, the only dramatic increase I really accounted for was my rent increase. That was, admittedly, my fault. Everything is more expensive. Not only did the price of everything increase, from $2 to, at minimum, $8 for a beer, but my once non-existent sales tax jumped to a whopping 9.5%. It was the most overwhelming financial culture shock of my life, and what made it harder was not being able to buy everything I wanted to, like I had once been able to. So I had to really check in with myself. Even if I had the money, I couldn’t just blow it at a brunch because the mimosas were bottomless, because if I did, I would have no money for about five days until my next paycheck.

3. Don’t be ashamed of your side hustle

I was so embarrassed to admit that I still nanny for the longest time. I moved to Seattle to be creative – a successful artist! I wanted the picture that everyone had painted of me writing away in coffee shops, drinking expensive coffee, not a fly-away coming out of my perfectly coifed ballerina bun, to be real. I wanted to maintain the facade – because admitting that I furiously type away at my articles, while a one year old is napping, and that I drink coffee almost exclusively from a Keurig, felt like admitting defeat.

The reality is that, for a while, especially in expensive cities, a lot of people have more than one job. The “side hustle” is something that has been celebrated and openly discussed here on TFD before, so use the site as a resource to find the right hustle for you. There’s nothing wrong with babysitting, or catering, or picking up another freelance contract, if you have the time, and can work it into your schedule. You’ll pocket some money and that is never a bad thing.

4. Say no to things for a while. And actually stick to it.

I love to go out. I love to go grab dinner with friends, I love going to museums, I love getting drinks. I’m an extrovert, and being able to go do things with my friends fuels me. When I can’t, or see Instagrams of baseball games or concerts that I didn’t attend, I get serious FOMO. But what happens when I literally have $8 in my bank account?

Well…not a whole lot. Because it means I have to say “no” to plans.

“No” is a hard word to say. But when you’re adjusting and don’t have a ton of extra cash flow, you have to get used to saying it. And I won’t sugarcoat it; it sucks. There are going to be things that you just plain cannot afford, or shouldn’t try to afford. Start implementing money saving habits now, so that when your finances settle, you already have a budget in place.

5. Realize that it is not forever.

If I had a dollar for all of the times I cried over my financial state, just SURE I would never again be able to buy clothes or get my hair professionally cut again, I would be able to take us all out for a brunch – totally on me. I was completely convinced for about four months that I was destitute, that I would never be financially on my feet, and I would never eat another meal that didn’t consist of either tortillas or ramen noodles.

But you know what? I adjusted. I picked myself up and I figured it out. I made sure to ask for what I was worth at work (another topic for another day), and picked up odd jobs here and there to make extra spending and saving money.

Two weeks ago, I had floor concert seats, that I paid for, which weren’t cheap, and it didn’t send me into a panic over how I would pay for other things after I purchased them. It took overdrafting my account while buying groceries, and falling down a few times to get to that point, but here I am.