5 Money Truths I Only Learned From Tracking My Calories 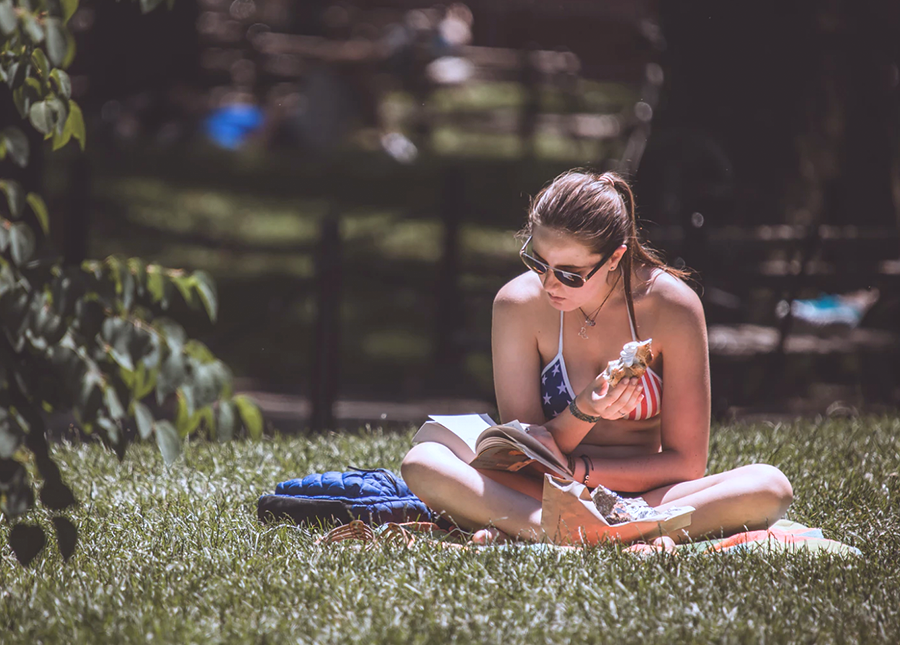 You would think, for all the articles I’ve written about tracking your spending, that I wouldn’t be so surprised at the power of tracking, right? Like, “Desirae, you’ve been talking about this for almost three years. You are the annoying cheerleader for tracking that no one asked for.” You’re right! I am that.

But it’s because when it comes to your spending, the actual act of writing down and seeing where your money goes is so critical to making good choices — and “good” is something highly personal, so it doesn’t have to be prescriptive. It turns out…the same is true for food.

I’ve been tracking my food recently

Yes, Alyssa from Mixed Up Money and I are literally the same human being, and the fact that we run separate money blogs is actually just a very, very long and unfunny practical joke. She wrote about her experiences tracking her calories a few weeks ago, and at the time, I had just started doing the same. While I don’t have Alyssa’s fantastic infographics to share, I do have a few things that I’ve (re)learned about the power and importance of tracking over the past few weeks — and they’re true of both money and calories.

1. It takes some getting used to

There’s a learning curve when it comes to tracking. When it comes to food, I’m now at the point where I can reasonably input my meals without busting out my food scale to see how much broccoli is really on that salad, but for the first few weeks, that food scale was my best friend (and worst enemy, it’s such a hassle). The same goes for my spending. For the first few months, I would “forget” to update my spending when I wanted to avoid it, because it seemed like such a hassle. Now it’s second nature, and I only rarely bury my head in the sand and avoid my spreadsheet.

2. You have no idea what you’re doing if you don’t track it

It turns out, I was overshooting that by a fair bit, and I had no idea other than the vague indicator that is my bathroom scale. It was going up, which felt baffling to me…until I looked at my calories. It’s basically the same as having no idea why your bank balance is always so low by the end of the month…and then you keep an eye on where your money is going. Oh, that’s why. Like that time my goal was to save half my income, and I thought it would be a piece of cake based on my basic Excel spreadsheet. I had the money, so it’d be easy to save it, right?

Ahem. It was only when I finally saw, in black and white, where my money was going that I could make realistic changes and find more money to save.

3. It’s about choice, not restrictions

Tracking your spending doesn’t mean you never get to spend money, and tracking your calories doesn’t mean you never get to have dessert. Or pizza. Or wine. Instead, understanding the impact of your choices on your goals gives you the power to make better ones. For example, I can choose to have pizza and red wine on a Friday night, and because I understand the impact that’ll have, I can balance it with light meals for breakfast and lunch. I get my pizza and still get to hit my goals.

When I’m thinking about money, I know I can afford those eyelash extensions, but I also know I can’t afford them and the new pair of boots, and the dinners out with friends. I get to make informed choices about what I want, thanks to the information I have about my money. There’s only so much money, and so many calories, to work with and still hit your goals. But information helps you make the best choices you can for you.

4. You don’t have to do it forever

I can tell you right now, I’m not going to meticulously track my calorie intake forever, and I’m starting to rely more on apps to track my fun budget spending. Once you have a solid base of information — which was the whole reason I started doing this in the first place — you can make solid choices without the same level of detail you used to learn. I’m not there yet with food, but I’ve been getting much closer to that with my spending, as evidenced by my new-ish one-category budget.

I’ve also really recently moved that budget category over to a totally separate app called Koho (Ed. note: only available in Canada), that keeps tabs on my spending for me thanks to a pre-paid Visa. I just load it with my fun money every month, and all of a sudden, I’m free to just spend until it’s gone, using the stuff I know from almost three years of tracking my spending. The app tells me where that money is going, so I can still keep tabs on any patterns.

5. It’s the best way to hit your goals

Want to save more money? Your best bet is to start by figuring out where your money is actually going, and use that information to make concrete changes that will free up money for you to save.

Want to build muscle, or lose fat, or change your body? Your best bet is to first understand how what you put into your body impacts those things, and then track the ever-loving heck out of what you’re actually putting into your body. Whether you’re looking at calories, macros, or something even more detailed at the nutrient level, knowing what’s happening is key.

(Also, small tiny sidebar rant: how on earth does anyone eat the “recommended” amount of protein?! I am fully on the team of “most people get enough protein from their diet,” but MyFitness Pal tells me that on days when I eat protein powder mixed into non-fat yogurt, eggs with extra egg whites, sunflower seeds galore, and a whole tin of tuna, that I’m still three grams away from my goal. I would like to build muscle, but not if it means eating even more tuna. There is only so much fish a person who is not The Rock can eat.)

Sure, I’ve just gone over the five ways that tracking your calories and tracking your spending are the same, but there are also some key ways that they’re different that I want to bring up. Your relationship with food and your relationship with money might be totally, radically different. Maybe you’ve never had any problem with money, but food carries a lot of history, baggage, shame, or internalized stories — or vice versa. Money and food are both tricky topics, and they both fall into the “easier said than done” category when it comes to making changes, at least in my opinion.

How you feel about making those changes is personal, but in my experience, they also both fall into the “hard but worth it” category. So while this isn’t going to be true for everyone, and while I’m clearly way ahead of the game on money and a little behind when it comes to food, there’s power in actually taking a hard and realistic look at your behavior with both. By tracking it.