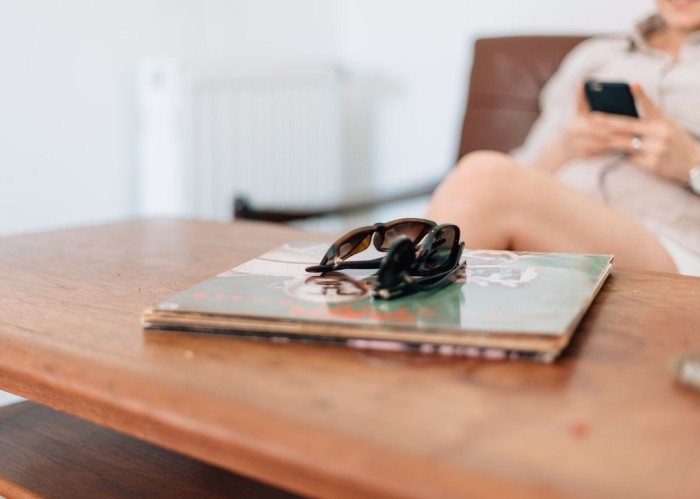 I have a love-hate relationship with New Year’s resolutions. On the one hand, I think evaluating the year you’ve had and finding specific ways to improve is very helpful. However, giving myself “rules” at the beginning of the year ends up setting me up for failure. No matter how much I want to come out of the gate swinging with the grandiose resolutions like: “I will run four times a week,” and “I will stop eating dairy altogether,” it isn’t going to happen. And when I fail, I’ll give myself a hard time for it. That being said, we’re a month into 2016, and I already see myself slipping. Here are five changes I’m struggling to make, and what I plan to do about it:

1. Improving my health.
I actually tried to quantify this goal, and I’m still struggling. I already cook at home a lot, but I specifically wanted to expand my repertoire of meals and consciously make healthier meals with less dairy. (I put cheese in everything — it’s a problem.) I also wanted to run more. I was a runner in high school and kept up with it in college, and the fact that I’ve pretty much stopped running in the last two years is a serious blow to my self-confidence. When I graduated from college, I ran a half marathon, but once I’d moved to LA and gotten on the full-time grind, running went out the window. Two years later, my running skills have seriously deteriorated and it’s something that bothers me a lot.

On the plus side, I definitely think expanding my go-to meals is working. I’ve started marking stuff in cookbooks, and last week, I planned my meals at the beginning of the week, bought the groceries I needed, and executed them. It was a tiny miracle. I’ve also been running a bit more (not as much as I’d like, but at least once a week, if not twice.) The problem is, I’ve been stressed, so I’ve been craving unhealthy foods. At home, I’ve been making richer foods and desserts on a regular basis, and when I go out to eat, I’m choosing the cheeseburger over the salad every time. Also, my attempt to eat less dairy can be chalked up to these three letters: LOL.

2. Finding productive ways to handle stress.
If you’ve ever seen any #totalhonestytuesday I’ve ever posted, you might know that I get very anxious (I have since I was a kid), and I’m constantly looking for ways to deal with that. The goal is to stick to running, stress balls, the occasional therapy session, and coloring as my **~~*productive solutions*~~**. However, a few mornings ago, I stress-ate three (sizeable) homemade rice krispy treats dipped in Nutella while watching Friends at 8 AM to cope with the stress of a deadline. So… this goal isn’t going as well as I’d hoped.

3. Setting “working hours.”
I’ve been struggling with this since I went freelance, and, of all the goals on this list, I’ve made the least progress on this one. Setting working hours is considered “vital” for people who work at home. And I just can’t seem to figure it out. I start my work day around 6 AM (most days), but I don’t keep the same hours everyday. In theory, maybe the thing to do is measure off a 9-to-6 work day and work from 6 AM to 3 PM. But that’s not condusive to my to-do list or the way I work, and I need to just accept that. What I really need to do is just establish a routine, even if the routine is “take a break at 3 PM and then work from 7 PM to 10 PM.” So far, I’ve taken no steps to making that happen, though.

4. Prioritizing social and personal engagements more.
I thought I was doing well with this. I’ve been working ~with people~ more, which I really enjoy, and not allowing myself to feel guilty for spending money on dinner with a friend every so often. However, I’ve noticed that when I’m in my work zone, I tend to shut everyone else out, and it worries me. I come from a very work-oriented family, and one of my biggest complaints was that we were always talking about work at the dinner table, or canceling plans because someone had to work. There were no boundaries. A few times, it’s been pointed out to me that I’ve adopted these qualities more than I realize. And it’s true: this week, it was my boyfriend and my anniversary, and I completely forgot. (And honestly, we haven’t been together long enough for me to be forgetting these things.) There is a way to work hard and not forget things like relationship milestones, and I’d really like to figure out that balance.

5. Organizing all of my big payments for the first half of 2016.
I actually successfully implemented this change, but it sort of came back to bite me in the ass. I hit the ground running when I got back from LA (after several weeks on the east coast), and I promptly dealt with a ton of bills that had been bothering me. My health insurance payments kick in soon, so I put a bit of money aside for that. I paid for my car registration and car insurance (which I pay in six-month installments). Instead of paying for my storage unit, I made the executive decision to clean it out, which will cost me money up-front, but will save me a lot of money in the long run. Here’s what I hadn’t thought of: January has now become an incredibly expensive month and my credit card balance is the highest I’ve ever seen it. I’ve saved money to cover these expenses, but it brought me a lot more stress than I anticipated. If I set this goal again next year, I need to space it out and handle some bills in January and some in February, instead of paying it all out at once.

Here are three productive ways I’m going to improve on the changes that I’ve failed to make thus far:

1. Get rid of the Nutella in my cupboard.
Seriously, there’s a reason I don’t keep sweets around the house: I have no control and if I buy Oreos, I will eat the entire pack in three days. For some reason, my new response to stress is to make sugary snacks and it’s really ruining my healthy-eating goals. There are people who can keep treats in the house without binging on them, but, unfortunately, I need to accept that I’m not one of those people.

2. Take a brutally honest look at my productivity habits.
I really want to do a challenge where I write down everything I do (with regard to work) for an entire week. I need to figure out where, specifically, my time is going. What freelance projects take the longest? Am I spending too much time answering emails? When I go on Facebook for work, how long do I stay on Facebook for pleasure? These are the questions I need answers to if I’m going to be serious about setting a schedule.

3. Start scheduling social engagements in addition to bills and work-related deadlines on my calendar.
Writing down when I need to send invoices, when I need to pay bills, and when the debates are (GOP debates are the 6th and 26th of February, and the Dems debate on the 4th and 11th) has been incredibly helpful. But now I need to take it a step further and write down when I make plans so that I hold myself to them. I don’t want to be the person who forgets about their anniversary and their plans with friends.