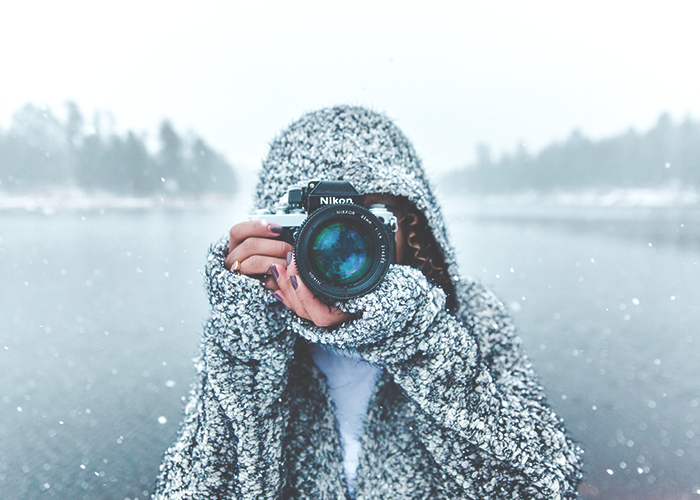 It’s that time of year again — that time when we all count down until midnight and welcome in a new year by making a slew of promises to ourselves starting January 1. The act of making New Year’s resolutions has been ingrained within us; it becomes completely expected that we usher in the fresh calendar year with a whole list of goals that, let’s face it, we probably will not meet.

For many, New Year’s resolutions have become a bit of a joke. We make those promises, even though, in the back of our minds, we know we won’t keep them. Old habits are hard to break, and new ones are even harder to build.

There are several broad (and cliché) resolutions that many people tend to gravitate towards, like losing weight, being organized, or simply being happier. The problem with some of those “overrated” resolutions is that they are far too vague, yet simultaneously specific. For example, if you fail at keeping a resolution as vague as “losing weight,” that’s okay, because the resolution itself didn’t hold much weight to begin with; you can’t reach a “why” without a “how.”

And while these resolutions are considered clichés for a reason, the new year is still a worthwhile time to take stock of where you are in life and where you want to be. With that in mind, here are five overrated resolutions –- each with an alternative you can try instead, which might help you actually reach a goal (or goals!) this year.

There’s a reason why gyms always have discounted memberships around the first of January. They know that almost everyone is making this resolution. This can be bad for your wallet, but also your psyche — if you were never a gym person before, what makes you think you’ll suddenly be one now? Don’t set yourself up for failure by making a vague goal of “getting fit” or “losing weight” without giving yourself more attainable and specific actions to complete.

Try this instead: I will make [insert specific] healthier choices in 2017.

A healthier choice can mean almost anything. It can be choosing a better breakfast. It can be starting your day with a walk, or some meditation. It can be going to bed earlier. You get to decide your own terms. Pick something healthy that you already enjoy and benefit from, but don’t do enough of, and make it a regular part of your routine.

What does this even mean? What will you organize? How will you do it? The problem with this resolution is that it’s too broad. It’s impossible to organize every area of your life all at once, so no matter what, you’re going to fail.

Try this instead: I will de-clutter my apartment in 2017.

De-cluttering is way more specific, and allows you to target your organizational efforts on a specific area of your life. Start in one room, and be ruthless when throwing things away or choosing items to donate. After you’ve finished one, tackling the rest of your living space will seem much less daunting.

It’s good to want to work harder and be more successful, but how do you measure that outcome? Is it through a promotion? A raise? A new job? If you have goals related to work and your career, spell them out for yourself in more specific (and reachable) terms. You’ll be a lot happier when you meet them.

Try this instead: I will complete a specific work goal by the middle of the year.

Choose what work-related goal is most important to your success, and aim to hit it by June — or earlier, if you’re super ambitious. Working towards a tangible benchmark will make you feel much more motivated than just the idea of “working harder.”

Living in the moment has become this catch-all; there is a pressure to “be present” in everything you do. The problem with this is that there’s no way to determine whether or not you are truly living in the moment (and if you’re just constantly worrying about living in the moment, chances are, you’re not actually doing it). There’s no one waiting by the door with a checklist who can reward you for being “present.” Social media hasn’t helped with this, as there’s a belief that if you spend time online, you’re not really living your own life. (And we all know this isn’t necessarily true.)

Try this instead: I will get together with friends once a month.

Living in the moment is often about connecting with others and truly enjoying their company. Instead of setting yourself up for a goal that is too difficult to measure, make time for the people you care about — and focus on the quality of time over the quantity, like making an effort to get together with your friends several times throughout the year.

Happiness is often thought of as a destination — this glorious end point that we all need to reach. But what many people don’t realize is that we’re much more content striving for small moments of joy

in our day-to-day lives than aiming for a mark on a map. Additionally, happiness is constantly fluctuating — and it’s possible to be happy and sad at the same time.

Try this instead: I will do the things that make me happy in 2017.

Chances are, you can list at least five things that make you happy. Start with one. Maybe it’s yoga. Maybe it’s playing with your dog. Maybe it’s cooking

. Whatever it is that puts a smile on your face, make a conscious effort to do it. Write it down in a to-do list. Make it part of your daily or weekly agenda. If you know what brings you joy, deliberately work to bring that joy back into your life.