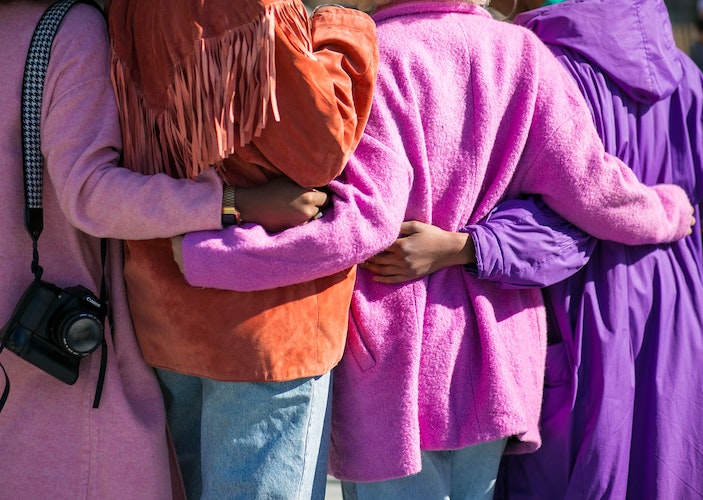 Whoever said “more money, more problems,” clearly has never been broke or they simply forgot that being broke is no walk in the park, either. But at the end of the day, tough times don’t last. Tough people do.

Recently we asked TFD readers to share their story on their lowest money moments, and how they managed to overcome their financial woes and come out on the other side of debt.

Check out the responses below!

“I was so broke… I debated working at the strip club”

“The most broke I’d ever been was my last semester of college. I was about 22 and living four aways away from home, with a roommate. Money was tight; I’d lost my job the semester before and was in no rush to get another, considering that my end-of-year thesis, along with finals and just the overall stressors of life and school, were taking up way too much of my time and energy.

“However, I pretty much went through all my financial aid in just a month’s time, after my car needed over $1200 in repairs, not to mention rent, bills, and zero income coming in. I was desperate and my roommate, who worked at a gentleman’s club, told me her job was hiring.  I knew I’d hit a new low when I was debating working at the local strip club as a bartender and bottle girl. Even though both are different from stripping, the servers at the club near my old home wore scantily clad clothing and had to deal with sleazeballs all day. I was also in no mood to have to flirt in short-shorts and act like I’m okay with being hit on by older men for tips.

“So instead, I applied for my first credit card, got approved for $400 at the time, found the courage to ask my parents for any help they could give me (which wasn’t much since we never had much, but I was so grateful for the few hundred bucks they could give me). I researched online and participated in a few surveys, focus groups and yes, even taste tests. These ran anywhere from $25 – $150 each, and the money was distributed either through checks or pre-paid VISA giftcards.  I got a part-time job that paid very minimally (about a measly $270 / week at the time) but was enough for me to at least cover my half of rent and bills. Everything else, I paid through my gig money.

“This was the toughest financial time of my life, but it taught me a huge lesson. When I got my first salaried career a year later making roughly $42,000 annually, though not much, I made it work like it was 6-figures, because I know how to stretch a dollar.” – Maritza, 27

“I was so broke… my gas was shut off for days because I was too broke to pay and too proud to beg.”

“When I was 26, I got divorced and moved out on my own for the first time with no roommates or help. I left my marriage with nothing but a $2k tax bill that I was only able to pay by getting a loan and putting my car up for collateral.  I ended up renting a house in a ROUGH part of town.  The struggle was so real my gas was shut off for a few days because I was too broke to pay it and too proud to ask for help.  Now I’m a homeowner with over $15k in savings, two retirement accounts and am completely debt-free with an 820 credit score.

“I accomplished my road to freedom by refusing to use a credit card for close to five years, taking on a second job and staying in a rental well below my means.” – Anonymous, 36

“I found myself nearing $200,000 worth of debt after law school. I was certain that I’d be paying this down for the rest of my life and I came to accept that. Even when I hit my stride in my career and landed a well-paying position on the legal team for a pharma company, between the cost of living in NYC, accruing interest, and so forth, I still knew this debt would follow me to my grave (or at least my 50s).

“Then in 2013, I met my then-boyfriend and now husband. Turns out, he worked in finance and deals with issues like mine all the time. Pretty early in the relationship, he knew about my debt and in less than a year, we moved in together (or rather, I moved into his place). He made a deal with me – that if I put $2500 / month towards my debt, that I wouldn’t have to pay rent. It took me 5 years (I was able to negotiate one of my loans to allow me to pay the principal in bulky payments), but I’m debt-free. And I still don’t pay rent (turns out he never intended me to). Instead, I use my money to help build my personal and shared savings, pad my retirement account, add to my portfolios, invest, etc.

“I know my story is riddled with advantages but if there is one thing I feel everyone can learn from this, is that anyone can give you good advice, a rule book or an actual handout. But it’s up to you to follow the rules and to use the help wisely. I’m extremely grateful I had a partner willing to continue paying for things he took care of before we met — allowing me to buy my financial freedom. However, it took some discipline on my end as well, to painfully fork over anywhere upwards of three grand a month, for five years. While I know most people may not be in a position to move in with a partner who is well-off, if moving back home is an option, I highly recommend it!” – Tiara, 35

“I was so broke… I was having panic attacks all the time.”

My bounce back story is when I was 25/26, and had so much of my life turned around. July 2015 I had just finished my master’s degree, was working a great contract job, living out of my parents for the first with my college roommate, traveled to Peru, and celebrated a year with my first long term bf. Within a year, my contract job had ended and I had major surgery. I couldn’t get a job even though I had finished my masters thinking that’s what I needed to do. I was struggling to make rent and had to ask my mom for money for months. And, my bf broke up with me through a text. Everything was so much for me to handle and I was having panic attacks all the time. I finally called my doctor and have been taking care of my anxiety ever since. Now, I’m living on my own with a full time job and happy with where I am in life. – Kim, 30

“I was so broke… I moved from NYC to the Midwest”

“The brokest I’ve ever been is when I broke up with the boyfriend I lived with in NYC. I had $5,000 worth of credit card debt, and I owed him about $1500 dollars that he gave me to start working on my debt. He never asked for me to pay it back, but I didn’t want to owe him anything. When we broke up, I knew I couldn’t afford to live in NYC anymore on my salary unless I shared a room with someone, and to be honest the money stress was eating me alive. When I lived in NYC, I didn’t give a sh*t about money to be honest. I was going out every weekend – clubs, brunches, expensive dinners. I belonged to the most expensive gym and bought new clothes every weekend for any and every event. It was fun as hell, but super irresponsible. I had a very good job that paid well, but that didn’t matter when you didn’t know where or when your money was going. I dont’t regret this time in my life, but I did have to pay for it in the long run.

“When we broke up, I moved back to my Midwest hometown to live with my parents (within a weekend). I knew this was the right choice immediately. Staying in NYC would mean I would still be broke, and mentally being around my family and friends from home after a breakup was very much what I needed. I was very lucky that I was able to move back in with my parents and that we have a good relationship. I was also lucky I had a job that could move with me. I’m extremely privileged for both of these things, and this was something I realized heavily during this time. I paid my parents $300 a month to live with them, and paid them $250 a month to buy a car off of them, until I paid them for the full value. I am so lucky I was able to do this and they were my safety net, but I respect my parents so much for not just handing me a place to live and a car. It kept me in line with money and was a reminder I needed to get my shit together because nothing was free.

“I worked with my dad on how much I should be spending each month and putting towards my debt, as well as saving. My dad is very good with money and was super helpful, but I had a lot of shame with this process. It has been something I’ve worked on by being open with friends and family and normalizing not being great with money, as well as therapy. I lived at home for a year before moving into my own apartment with my best friend as a roommate. We chose not to live in the most trendy part [of town] at the time, so that it wasn’t overpriced.

“I have now lived here for four years. She recently moved out and I’m in a great place financially. I am so glad I moved back to the Midwest, my financial health and quality of life is so much better, but I am still very thankful I went through that broke period. It made me better with my money overall, and made me appreciate the people I have around me that are willing to help, if you are willing to ask for it.” – Anonymous, 28