5 “Personal Development” Projects I Don’t Regret Giving Up On 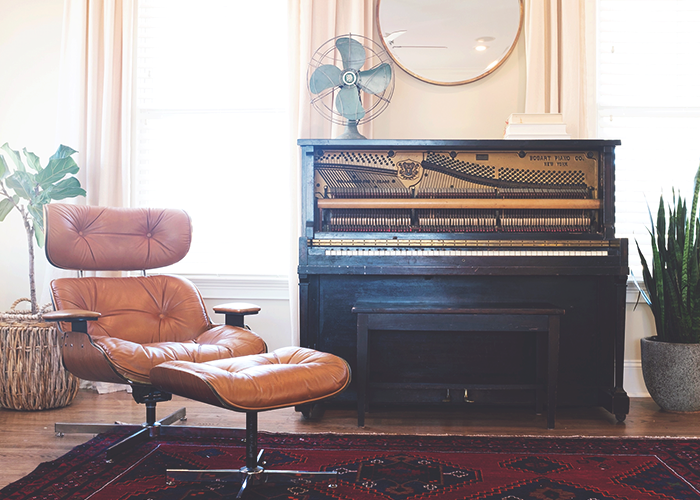 Here goes another year. As I sit one month into 2017, I still have a whole new sense of purpose and productivity. Every January, I turn a fresh page in an unused planner

, set up a new calendar, and begin the hustle. Now, as I begin February, I continue on with that same momentum, and there are so many goals I want to achieve this year.

A few years ago, I was an absolute machine, working on several jobs or projects at once. I would meticulously schedule my days (seven days a week), and aggressively check things off my to-do list. However, more recently, I’ve realized that lifestyle may not be feasible for me anymore. There is nothing wrong with having several priorities in life, but sometimes focusing on less actually turns out to be more impactful. Would we rather know a little about a lot, or a lot about a little? Personally, I am constantly torn between being an expert in one thing, or being sufficient in a whole bunch of stuff.

I work a 9-5 all day, then every single night I go to bed kicking myself, because there are simply just not enough hours in the day to get everything done. But I have to get out of the mindset that I need to do it all. I’ve finally come to a conclusion: I am not a superhero. I am a human being, and being great at everything I put my mind to is just not possible. Sure, it’s valid to want to explore my creative impulses

, but it’s not okay to beat myself up over not being to give everything the time it deserves.

Sometimes, being the queen of everything is only possible if it means sacrificing my mental health and personal relationships. For a long time, I tried to neglect those things in favor of “bettering” myself. But now, I am deciding I need to shift my priorities. Instead of referring to myself as a myriad of titles, I am now focusing on myself as a person above all else. A person who may not finish that certain project this week, or who may have to wait until next month to update that blog, or who has to push booking that show off until next season. I am always having to pick and choose my battles when it comes to projects, but at least I’m getting a good night’s sleep

and waking up ready to take on my life, one thing at a time. Here are a few things I’ve had to start neglecting in order to make that happen.

I have been working on the same story for years at this point. After one failed attempt at NaNoWriMo, and nearly 60,000 words later, the manuscript for my first novel is still nowhere near finished. This project is something I believe in and have so many plans for, but I just don’t have the mental capacity to give it what it’s worth. I don’t want to half-ass it, so most days, I just don’t open the draft at all. This week alone, I’ve had the first fifty pages sitting in my bag begging to be edited, but I haven’t even touched them. I know many people say the key to writing is to write every single, even if it can only be a little, and I can’t even do that. But that’s okay. Fiction has no deadline (unless you’re actually on a deadline), so I’m in no hurry to finish it if I can’t make it perfect.

Last fall, I started a blog. I already have a personal blog for my portfolio and such, but this was a real platform all about starting your career, honing your personal brand, and surviving “the grind.” I planned out content months in advance, built the site, bought the domain, and even brainstormed ways to create partnerships and monetize the thing. Then, a handful of posts later, I started updating it less and less. Now, it’s been nearly a year since anything new went up. But, just like my novel, I want to publish content I’m proud of rather than fluff just for the sake of doing so. So for now, it’s staying dormant.

I have been performing and creating music

my whole life. It was something I used to love more than anything. Then, as I got older, I got more involved in the business side of the industry, and playing music was no longer a priority. Every once in a while, I book a room at a rehearsal space and sing for an hour, or write something and maybe post a video of it, but then I go back to my real life, and don’t revisit it for months. I get asked on a regular basis when I’m going to make music or why I don’t and I honestly don’t have an answer. I have equipment and resources to make it happen, but every day I end up with everything unplugged, and my guitar still in its case. Maybe one day I’ll release something. But for now, other things are more of a priority.

I’m obsessed with YouTube. I find the life of a “content creator” fascinating, and would love to be able to excel at it. Whether it would be just for some extra income or to share and connect with people, I’ve toyed with the idea of “vlogging” more times than I could count. I also love Instagram. However, the day-to-day life of someone who works a regular job, drinks too much coffee, and doesn’t do much else would not offer much opportunity for click-bate. Sure, the occasional trip here and there is interesting, but unless I quit my real life and traveled, or did “cool” stuff all the time, my content wouldn’t gain much traction. So my YouTube channel stays empty for now.

Currently, I’m an event planner by day, but during college, the dream was (and still is) to book shows. Even just to work shows with other promoters would be fun. I have friends telling me all the time I should go back to planning music events and promoting my own stuff. But I leave for work at 6:50 in the morning, and if I were to book or work shows, I would be working until at least midnight, with probably an hour commute back home. Not to mention all the hours I would put into advancing said shows. So, for now, booking my own shows it also something I can’t find the time to do. It sounds good in theory, but I know I would be burnt out very quickly.

Jennifer is a marketing and event coordinator living in Chicago. She is currently working on her first novel, drinking way too much coffee, and learning how to succeed after graduation. See what she’s up to on Twitter.