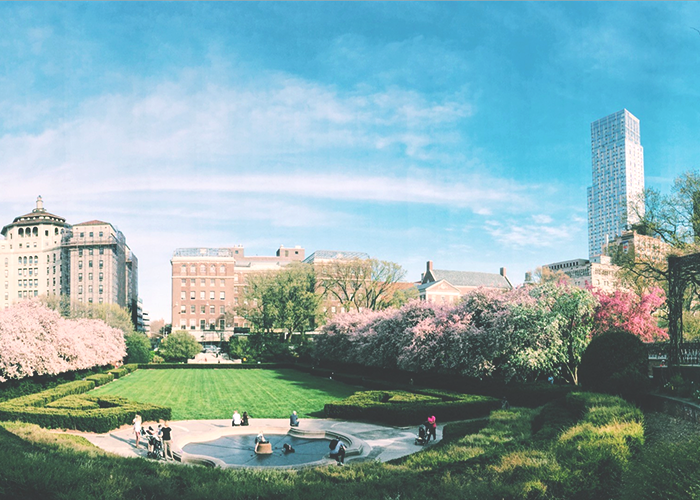 1. “Um, I think for me it comes down to just knowing how to compartmentalize in order to be as productive as possible in all aspects of my life. If I’m thinking constantly of personal issues at the office, I’m not as effective in my work. Same goes for at home –- if I’m hung up on a work project or taking the office home with me every day, I’m a handful for my husband because the stress

gets between myself and my personal life. I have to know when and how to put certain things out of my mind so I can focus on others sometimes. If I wasn’t very mindful about that process, I don’t think I’d be as successful in any part of my work or the rest of my life.” – Margaret

2. “The biggest thing I’ve learned that has made me a better overall human and specifically, a better worker, is knowing when to really admit you don’t know something. I do a lot of big presentations, and I’m pretty well known at the company for having really effective presentations, but I know they wouldn’t go over as well if I responded to questions about material I was presenting with some bullshit response when I genuinely don’t know the answer.

I think a part of being a strong member of any team is knowing your weaknesses and admitting them. We act all high and mighty at work, but teams are stronger when they are vulnerable with each other. I used to be so scared someone was going to call me out as a fraud if I responded to a question and said ‘I actually don’t know the answer to that, but it is definitely worth looking into,’ instead of freezing up and stuttering something stupid and fake to try and save face.” – Sarah

3. “Long story short, I ended up in a career field that has just nothing to do with what I wanted to do. I wanted to act, but as we often find, acting is hard, nearly impossible, so I went to plan b. And for a while, I was in this mindset like ‘this isn’t me, this isn’t my career, this is just a pit stop on the way to the life I want,’ which made me really disconnect from the work I was doing each day. Not caring about what you do is the number one way to both suck at it and hate it.

There was a switch at some point -– I wouldn’t call it settling, because I’d still love to act, and I do pursue my personal passions in my off-time –- but I came to a point where I was like, well, this is what I’m doing, so I’m really fucking up by not being as great at it as I possibly can. I had to turn it into my new dream for a while, otherwise I’m convinced I’d probably be miserable right now. I actually love my job now, I’ve been promoted a few times and have found lots of room for advancement, which means extra time to pursue acting in a way that is a bit more sustainable than ‘move to the big city and have 12 roommates while going on daily auditions and never landing any work ever’. So I think for me, it worked out for the better. But I had to do a lot of convincing myself that it was okay to settle into this unexpected career change and learn to enjoy it and excel at it.” – Jeanne

4. “I didn’t find my way into the prestigious career job post-graduation that I thought I would, and ended up doing work that feels, for lack of a more appropriate term, a little beneath my academic credentials. Which is ok, because I understand that not everyone gets a great 9-to-5 straight out of college, but it was personally frustrating. Not even just financially, but because I spent every day at work feeling like I wasn’t even working because it all was just so easy. I was thinking okay, I’m a bit past this point in my life – high schoolers are doing this job, but I’ve done so much work and I’m doing it too. It just wasn’t challenging.

I had to learn to seek out challenges, though. I learned recently that if you feel like you can do more, do more. Ask supervisors for more responsibilities, voice your opinion about ideas that you think may make the organization run better or more smoothly, and do what you can to play an active, dynamic role in the company rather than just simply doing what is required of your position and going home. When your job doesn’t explicitly present challenges, you have to seek them out if you want to grow and move up.” – Beth

5. “I found that for me, my best career related habit was honestly in forming professional relationships and then very fiercely guarding and protecting them. Of course, you need a certain amount of knowledge to do certain jobs, but it is also very true that a lot of your career ‘success’ is going to have to do with who you know, and what kind of networking connections you build.

A lot of people fall into this mentality of ‘I’m not here to make friends, this is my JOB’, but while it is true that you have an ethical responsibility in your work to put the company before friendships in a lot of situations, it is also really important to build professional connections

and to really do everything in your power to not take advantage of them, not let them down, and prove to them that you’re a good person to be on their work-and-life team. I’m not saying to like, fake friendships with coworkers or management to get a good reference for future jobs. I’m saying genuinely build these relationships and cherish them, because teamwork is often so undervalued in the workplace, but I’ve found it to be key in building myself a professional life that is successful, fulfilling, and satisfying.” – Liza