5 Real-Life Money Lessons From The Real Housewives Of Atlanta 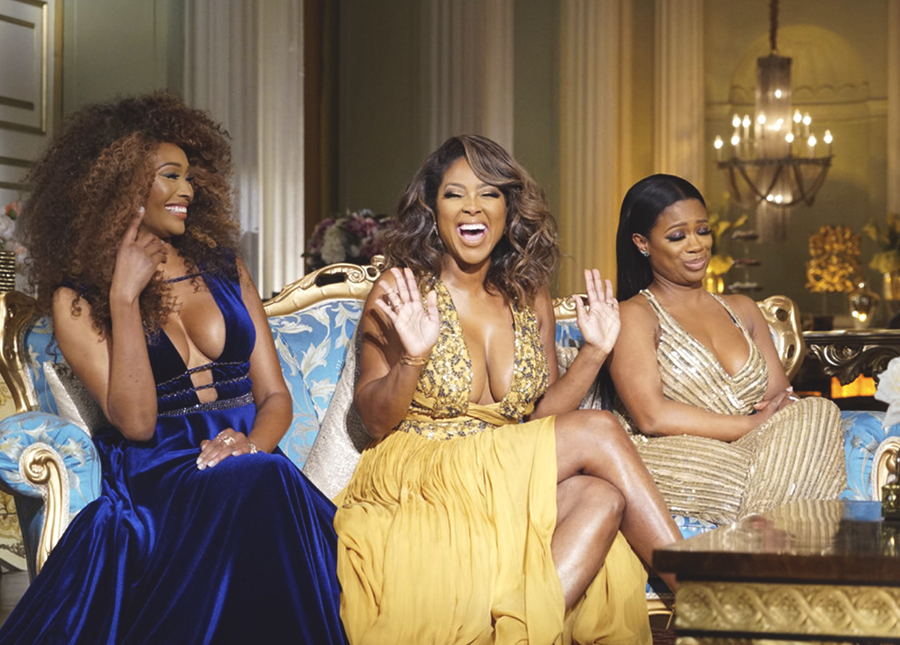 Most of us primarily tune into The Real Housewives of Atlanta (RHOA) to witness drama, foolishness, and a lot of bad behavior. I know I do.

Here are five of the smartest money lessons I’ve learned.

1. Protect your personal wealth with a prenuptial agreement.

Prior to joining the cast of RHOA, Kandi Burruss had already made her millions as a songwriter, member of the singing group Xscape, and serial business owner. She met her husband-to-be Todd Tucker on the job. Todd was a member of show’s production team and had considerably less wealth. When marriage talks became serious, Kandi insisted that Todd sign a prenuptial. Todd avoided signing the prenuptial up until the day of the wedding. In fact, he threatened to call off the wedding if she pursued her position. But she persisted. Although Kandi loved Todd, she also needed to protect her life’s work and wealth in the event that their marriage failed.

2. Communicate with your spouse before opening a business.

Cynthia and Peter finalized their divorce in a recent season of RHOA. In addition to rumors and suspicions of infidelity, Cynthia also wanted out of the marriage because Peter opened up a bar-restaurant in Sports One in Charlotte despite her misgivings. In addition to the financial hardship they underwent as the result of closing their Atlanta-based bar lounge, Bar One, their marriage struggled because they hardly saw each another. Peter stayed in Charlotte for weeks on end to manage the business, leaving Cynthia alone in Atlanta, feeling lonely and neglected.

3. Build generational wealth through including your children and family in business operations.

Cynthia Bailey is former supermodel of the RHOA crew and the creator of several accessory lines, one of which is called Cargo. Cargo is a luxury handbag line. To grow her daughter’s Noelle’s entrepreneurial acumen and keep the revenue in the family, Cynthia decided to make her the face of the brand. Similarly, Kandi Burruss recently opened a soul food classics restaurant called OLG — short for Old Lady Gang, which showcased the recipes from her mother and her aunties. These family members, in addition to her husband, played a large part in the developing the restaurant’s design and menu.

4. Pick the best person for the job, not your best friend.

Kenya Moore is known for being a bit of an entitled drama queen on the show. She was also very close to Cynthia Bailey. At one time in the show, Cynthia was looking to hire someone to produce and shoot the commercial for her luxury sunglasses line Cynthia Bailey eyewear. In the spirit of sisterhood, Cynthia gave Kenya a chance to showcase her ideas. But instead of showing up prepared with her concepts and deliverables, Kenya never even bothered to call to let Cynthia know that she wouldn’t show up for the meeting. Cynthia, naturally as a businesswoman, gave her business to Kim Fields, a fellow cast member that arrived at the meeting on time and prepared.

5. Be a serial entrepreneur. In addition to receiving, payment for being a member of RHOA brands, the veteran housewives have leveraged their reality-TV royalty to create additional streams of income. Here are just a few of the streams of income each RHOA has created:

The Next Time You Watch RHOA

Watching The Real Housewives of Atlanta no longer has to be a guilty pleasure. While you watch to satisfy your love of conflict and anti-social behavior, you’ll simultaneously pick up a number of solid financial lessons. In some cases, you may even find yourself (*gasp*) inspired by these women.

Kara is the founder of the award-winning site The Frugal Feminista and author of three powerful personal finance and personal development resources for brown girls worldwide:  Heal Your Relationship with Money: A Self-Care Workbook, Unmasking The Strong Black Woman, and The Wealthy Woman’s Blueprint Financial Planner.