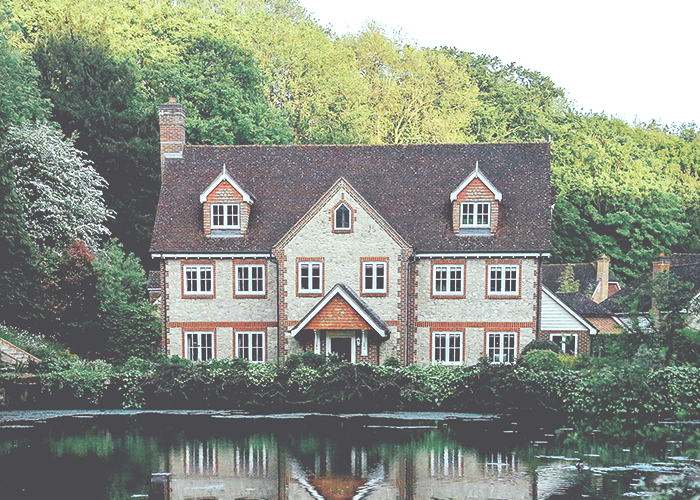 Buying a house is a big step. If it all goes well, you could eventually find yourself in a situation where you never have to pay housing costs again. But if it goes wrong, you could go bankrupt — or worse.

While I am extremely skeptical of joining the cult of homeowners (“my mortgage” this, “my house” that) I have, in fact, decided to buy a house. And not only that, I’ve decided to buy one in my hometown: a small, isolated town in the frozen north of Scotland, where the one major employer keeping the whole area afloat that is currently under threat. Thus, should the nuclear plant which saved the community from obliteration 55 years ago close — which it is scheduled to within my life-time — the whole area could rapidly be abandoned.

My job, which is not at the plant, is not directly at risk from the closure — however, with very few alternative employers in the area, if the power plant goes then it’s likely everything else will, too. There’s a very real chance that, should I buy a house, in a few decades’ time I’ll be left with no job, no chance of finding work locally, and a house I can’t pay for nor sell. Tens of thousands of pounds down the drain, and not a thing I can do about it. So why have I decided to take the plunge?

Well, after humming and hawing for several months over this very question, I have come to the conclusion that there are five main reasons for my desire to buy a house in the face of such terrible odds. Some of these are good, sensible reasons; some are arguably less sensible. But, while some of my reasons might be questionable, my overall plan is, I believe, fairly solid.

Below, I’ve listed the five reasons that I have decided to buy a house I might never be able to sell.

It is true that the nuclear power plant I mentioned above employs a HUGE percentage of my local population, and it’s also true that it did save the area in the 1950s: before the power plant, the little fishing village was being all-out abandoned, and was on the brink of total de-population. However, since the announcement of the plant’s decommissioning in the 90s (yeah, they’ve been talking for decades about closing it, but no sign yet!), there has been talk, and even some action, about developing other industries to replace it.

Currently, there are fledgling industries in the area in renewable energies, engineering and tourism. Their success depends on many, many factors — not least a little entrepreneurial spirit from the local people AND some form of interest from the powers that be. While I’m not naive enough to expect a sudden reversal of three-plus decades of de-industrialization, I have decided to have blind faith in the resilience of the community. By buying a house here I am investing in the future of the area, and in the success of its people. And who knows — maybe if the shit hits the fan and I have a little skin in the game, I might fight that much harder to save my hometown.

From the noble to the outright childish. I’ve spent almost ten years answering “no” to the following frequently asked questions:

Found a real job yet? Bought a car? A house? Got a boyfriend? Been to Monaco? Designer handbag/shoes/perfume?

The answer is always, always no, and I’d like to start checking one or two of them off. I severely dislike designer handbags, don’t fancy Monaco, and can’t for the life of me persuade a member of the opposite sex to stick with me for more than two weeks, so I’ve decided to go for the house and the car. Last month I acquired an eleven-year-old Ford Ka with no brakes and a dead battery, so I’m really counting on the house to make all my friends jealous. I might have to install a Jacuzzi, a ball pit, and a wine cellar to really seal the deal but that’s something I’m prepared to do. (Just lord please make my friends think I have my shit together.)

As I mentioned earlier, Caithness is extremely isolated. Google it if you don’t believe me — 99% of Scottish people haven’t even heard of it, let alone the rest of the world. One upside to this is that the cost of living is very low. You can buy a castle or a mansion in Caithness, and you won’t pay more than £250,000 ($315,291.25 USD), which means that even me, a single person currently earning less than £20,000 ($25,223.30 USD) per year, can get on the property ladder. So, if it all goes tits up, and it turns out I might as well have spent that money on champagne and tattoos, relatively speaking, it’s not the most expensive mistake anyone ever made. Plus, I’m still under 30 (with a pipe-dream to pay off the mortgage on my house super fast). So, as long as I’m careful, and continue to make other investments, I should be young enough to recover from my mistake.

I am a fickle person, and as any of my fellow ficklers (I made that up) will know, we need constant novelty and diversion, or we get unreasonably moody. Just now, the challenge of getting my finances in order and saving up for my future house are keeping my mind occupied. Before I moved back home, I spent more than six years struggling to get by on minimum wage in an expensive, oil-rich city, and so I’ve had a lot of catching up to do. I’ve had to pay off debt, build a good credit score, and save up an emergency fund before I could even start to think about saving for my house. I’ve also had to be really smart about how I approach buying a house, in order to minimize any potential damage that will arise if the nuclear plant closes.

But it’s not just the challenge of saving up so much money that stops me from getting too bored. The whole unfamiliar process of buying and maintaining a property are a gold mine of learning opportunities. From negotiation tactics to not ignoring weird noises coming from the boiler, there’s a whole host of lessons to be learned from joining the homeowners crowd. It might well end badly, but it’s likely to be an extremely instructive trip along the way.

This was really the deciding factor for me. As long as the house I planned to buy was just for me, there was a risk that it would be one of the worst decisions of my life. Houses might be cheap up here, but 80-100k is still eighty to one hundred thousand actual real pounds sterling — and that is no laughing matter. Especially if what you’re left with at the end is a bunch of concrete bricks in a town no one will ever live in again. Viewed like that, I’d be mad to take the risk.

Firstly, I am a bit mad.

But secondly, the more I thought about it, the more I couldn’t shake the feeling that buying a house just couldn’t be a waste of money. And that was when it struck me that even if I didn’t want the house (if I lost my job and had to move, or if I outgrew the house with the 11 children I plan to have but can’t because  — see above), I have family who might need it.

In particular, there’s my mum. My mum was a single parent who did an amazing job at keeping a roof over our heads when we were young. We didn’t have so much as two pennies to rub together, and yet we never worried about the food on the table or the clothes on our backs, even though, I later found out, we had every reason to. But while she managed to provide a safe, secure home for us as children, my mum has never really had a chance to build the kind of wealth that would give her a comfortable retirement. While the family income has grown enough that there is now some breathing space — my mum even went on her first ever holiday by plane last year! — it’s not enough to rely on in the future, and so I’d like to do something that will help.

If the worst-case scenario pans out and the plant closes, my mum’s partner will lose his job immediately (he works there), and mine and my mum’s are sure to quickly follow. They live in a rented house with no option to buy, so even with some savings in the bank, this will be a huge blow. My mum was raised in this town and has built her life here; it’s unlikely she’ll want to leave. However, as long as I have the house all bought and paid for, I can still leave for the land of opportunity and find work somewhere else, and my mum and her partner can live rent-free in my house. It won’t solve all our problems, but it goes a long way towards softening the blow. And, should the worst not happen, or happen much later than expected, or if I haven’t paid off the mortgage, buying a house still gives me and my family options — which makes the idea of buying a house that could potentially bankrupt me seem a lot less insane.

And there we have it, my five reasons ranging from the noble to the outright ridiculous for buying a house I might never be able to sell. It might not be the right choice for everyone, but it’s one that I think has the potential to be an irreplaceable safety net for my family. Too often, we get caught up in trying to improve our own lives — save for our own house deposit, increase our own income, save for our own retirement. These things are important, but I also think that our best decisions are made when we consider what is best for those around us, too. Buying a house and installing a ball pit to impress my friends is a recipe for disaster. Owning a property which could ease the financial stress for multiple generations of my family? Now that is something to aspire to.

Naomi is a lecturer and incurable dreamer from the most northerly town on mainland Britain. She likes yoga, hot tea, the feeling you get when snow is in the air, and death metal. She doesn’t do social media because she’s easily sucked into the black hole of news feeds and would never get anything done.