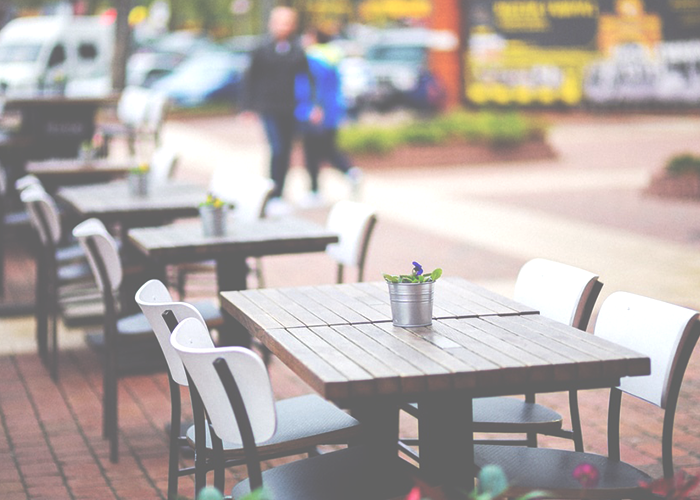 Recently, I was hanging out with a friend who had “found running.” She glowed as she unpacked what I imagine was a car payment’s worth of spandex, sweat bands, and socks. I sat there with my mouth open.

“How much did you spend on this?” I probed.

“It matters to me, so.” I couldn’t get that line out of my head. As she babbled on about terrain, her self-awareness blew my mind. She had found what was important to her, and was willing to spend her hard-earned money on it. It was a novel idea. It was also the opposite of how I was spending my money.

I started examining my bank statements. I put the letter “M” next to purchases that embodied the phrase “it matters to me, so.” I was struck by how my spending met others’ requirements instead of my own. As I sifted through my statements, patterns began to emerge; I realized I was spending excessively on going out, and decided I wanted to figure out how to allocate my funds more appropriately.

I love trying new food and eating in restaurants. However, I have a mob mentality about drinking. If everyone else drinks, I drink. If no one drinks, I do not. My excitement around cocktails or wine on the couch only happens because I’m around friends who are enthusiastic about those activities. I like drinking in that I like companionship, laughing, and getting out of my house.

But the amount alcohol mattered to me and the amount of my budget it took up did not match. I was spending way more on alcohol simply because everyone else around me was, not because I actually wanted to be. So I decided to stop buying and drinking alcohol for a month to see how much it mattered to me, if at all.

Telling people about my month-long challenge kept me accountable. I was still “out,” just with water. Responses from my friends were a mix of incomprehension and teasing. My nights started ending much earlier. I got bored of being in bars and not drinking at all. I met no new people because I did not want to have to explain myself.

I made it through 31 days. There were times when I almost broke, and other times when it was blissfully easy. Seeing the money stay in my bank account was incredibly motivating. I loved having no hangovers as much as I loved not spending unnecessarily. I think the true purpose of this challenge was that it showed me when I really wanted to drink, and when water would suffice. And as a result, it should me when it was worth it to spend on a cocktail (or a couple), and when it was better to save my money. Now that my month is over, I use the following strategies when dealing with alcohol and other spending triggers:

1. Be honest without making a fuss about abstention. “I’m not drinking tonight” became easier to say the more I said it. Many of my close friends are lawyers, and they take to alcohol like Nicole Richie takes to hair dye. I realized that after a while, no one cared whether I was drinking or not. They only cared if THEY were drinking.

2. Be selfish. Ask yourself, “if no one else had an opinion, would I spend money right now?” Alcohol taught me that I validate my financial decisions through others. Drinking was a way to please those around me, and to feel power in buying the next round. Constantly assessing and purchasing based on my needs (and only my needs) is liberating for my confidence and better for my bank account.

3. Take a 10-second check. Basically, I try to make my decisions a little more slowly, instead of making a snap decision. First time at a new cocktail bar? Anything with gin, please. But Thursday dinner with a close friend? I hesitate. Previously, I would order a drink simply because there was a drink menu, not because I wanted a cocktail. Now, I only drink when I’m actually excited to, and I enjoy it so much more as a result.

4. Remember that it’s only alcohol. Initially, I had a weird shame about liking alcohol less than my friends do. So many social interactions and stigmas revolve around drinking, and I found it awkward to say “no.” I began substituting other hobbies for alcohol (in my head) to remove its power. I took something I had no interest in (fly-fishing) and thought about it when someone asked me if I wanted to drink. The internal response of “no, I don’t like fly-fishing” translated to saying, “no, thank you” aloud. Weird, but it works.

5. Know that it’s okay to still be figuring out what matters to me, financially and otherwise. Whenever I struggle with spending when I’m out, I remember how lucky I am to be able to recognize what matters. Removing trivial spending gives me freedom to try new things. I continue to review my bank statements regularly to make sure my spending is aligning with the things that are important to me. Spending less on the things that were less important was a big step, but only the first step.

Taking this challenge was uncomfortable at times, but ultimately worth it. Before my experiment, I included others in my financial decisions, instead of just deciding based on my needs. I was uncomfortable saying “no.” Creating a circumstance where I had to say “no” taught me I could do that anytime. I learned that I have the final and the only say in my spending. And now everyone knows that, including me.

Eliza is a 20-something professional living and working in Boston, Massachusetts.