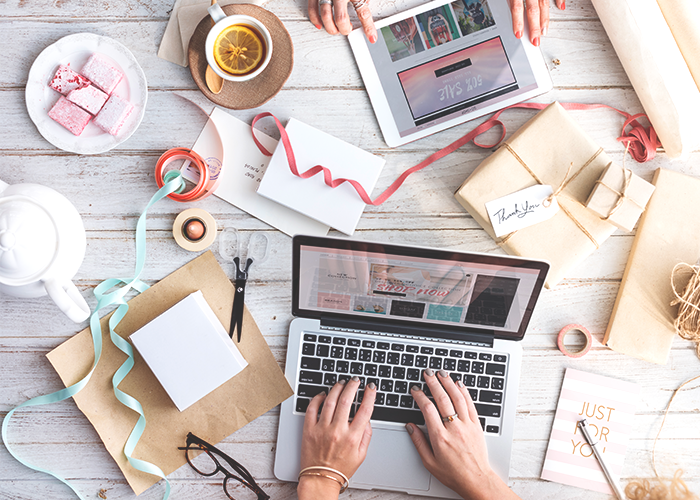 As most of you reading this probably know, I used to have a (very) bad credit score. I defaulted on a credit card at 18, and from there spent the next several years treating each financial decision as something to burn up behind me. I didn’t think in terms of Future Me, and everything from failing to pay bills on time to taking out credit cards I knew I had no ability to repay, felt like the right move specifically because it allowed me to have instant gratification. I was irresponsible at the time on so many other fronts that I simply couldn’t rationalize making a good decision in the short-term that would help me build something. Thankfully, at 22, I finally settled that long-defaulted credit card bill and started the process of rebuilding what is now my (pretty good) credit score.

I’ve learned a lot in that process, but none more sharply than how much easier and better life is when you have good credit. It really is the magic key to so many of the adult things we all want the freedom to pursue, and building that score is easier than we think. But first we must acknowledge exactly how having a bad score holds you back, so TFD partnered with TransUnion  — where you can find out your score and find the rates you deserve for under $10 a month! — to talk about just that. For me personally, there were a lot of things I couldn’t do as a bad credit-haver, but these were five of the biggest.

Between the ages of 18 and 22, my living situation was very much dictated by “whoever would let me live there,” given the fact that I couldn’t get within 100 feet of a credit check. That meant I found myself in a variety of situations — sketchy roommate situations, subletting, my parents’ place, a job that came with room and board — but it always meant that I was at someone else’s mercy. I couldn’t just walk into a real estate office and look for the right rental for me (and lol, of course I couldn’t dream of buying a home), but it also meant that everything from my location to my job prospects were dictated by where I was able to find a place that would take me. When I signed my very first lease on my own at 22, even with the help of a co-signer, the feeling that I had built up enough responsibility that someone would even trust me enough to co-sign was overwhelming. Since then, the freedom to choose the place I want to live in and be trustworthy enough to get it is something I never take for granted.

2. Get my own (not-totally-scary) car.
An ongoing joke about me in that same time period was that I was constantly driving the world’s most dangerous and comically-janky cars. When my trusty (if humiliating) seafoam green Tercel was unexpectedly burned down in front of my then-boyfriend’s house, I found myself constantly scraping around to find the next-best car that could be bought with the little cash I had. I was unable to get a lease on a car, and my parents refused to co-sign as I was in the height of my irresponsibility, so that meant a series of beater cars that carried every problem from “brakes don’t really work” to “randomly turns off while I’m driving down the street.” Looking back, it was frankly miraculous that nothing bad happened to me (or anyone I was driving near) at that time, and that was only because I happened to be friends with several extremely-gifted hobby mechanics. But even with their help, having to rely on the cars you find in the sub-$1,000 section of Craigslist is not fun, let me tell you.

3. Travel with peace of mind.

I traveled several times in those years to reasonably-far places, including internationally, and each time I had to do it without so much as an emergency credit card. Because I couldn’t get approved for any, I had no way of equipping myself with that backup-money in case anything went wrong. Luckily for me, I didn’t end up finding myself in a situation where those funds would need to be accessed, but since that time in my life, where all of my travels are cushioned (at least emotionally) by the knowledge that I have emergency money that can be accessed, I am shocked at my former sense of “Ahh, whatever happens happens” when it came to traveling — sometimes alone! — as a woman, through new countries.

4. Dictate my college experience.
As you can probably imagine, I was not able to get any kind of sufficient loan for the colleges I was accepted to, and my deep irresponsibility meant that my parents were not going to help me get said loan until I had demonstrated for a significant amount of time that I was able to handle it. I had no desire to do that, of course, so the fact that I had no way of funding a four-year degree at any of the schools I had chosen was a big factor in me not having a degree to this day. In many ways, I don’t regret said lack of degree, but I do regret the fact that the choice wasn’t truly in my hands. My parents were right to take that option away — I wasn’t ready, and frankly they spared me from living in serious debt today — but I know that it was largely luck that allowed me to find financially-steady and fulfilling work without having a degree. The huge paths we take in life should be chosen with as many cards in our hand as possible, and without a credit score to secure my education, I had almost none.

5. Have a decent cell phone.

The cars in my life at this time weren’t the only things that were constantly falling apart. Whether you know it or not, having good credit is key to getting a decent cell phone and plan. As I didn’t have those things, I spent much of that time using burner phones, half-broken phones someone passed down to me, and with plans that were as exploitative as they were inefficient. If I ran out of money on my phone, I was cut off mid-call, and constantly found myself using up every dollar of my phone’s reserves when I accidentally let some dumb website up or music playing. It wasn’t until I was later into my 20s that I was able to use a new phone with a decent, non-insane plan, and I have to say, it still feels like a luxury.

Long story short, there is an incredible amount of things you simply can’t do if your credit isn’t in order — and the overwhelming jankiness of the life you have to live without credit is something no one should have to experience. So head over to TransUnion , see your score, and start working on raising it to the best place it can be. Take it from someone who’s been on the other side: it is the one thing you’ll do today that I promise you won’t regret.

This post is sponsored by TransUnion® and contains affiliate links to their products. TFD may receive compensation for purchases made through links in this post. All thoughts and opinions are our own.