5 Things To Seriously Consider Before Working With A Friend 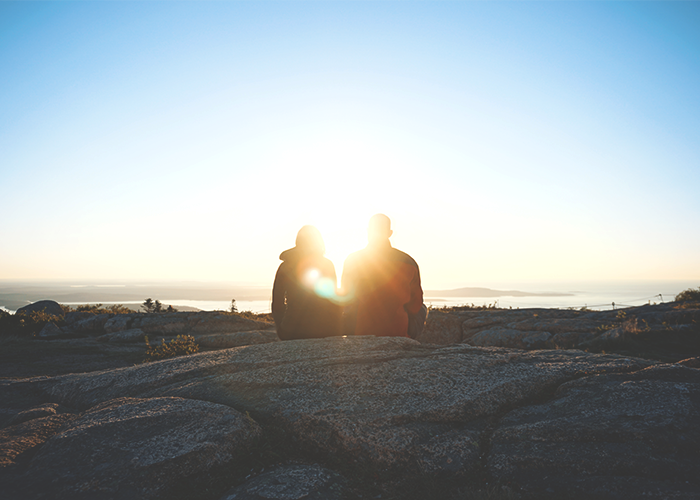 I recently had to fire a friend.

I am proud to be an entrepreneur — to run a pretty successful little company that is finally self-sustaining, to have grown in four years from employing only four people to over fifteen, and to slowly have turned this side hustle (which was really more like 30 hours a week) into a full-time job. But there’s one big thing that has definitely not been fun about running a company, which is having to make the tough decisions to let people go. That decision becomes about 70 million times harder (yep, I did the math) when that person is a friend.

The awesome things about working with friends are obvious. You get to spend time with people you love and whose work you admire, after-work drinks and get-togethers are frequent, and you get to take pride in the fact that you know you’re helping provide those friends with a pretty cool company to work for. But there are hidden (or perhaps not-so-hidden) hurdles that every friendship-turned-working-relationship-but-still-friendship has to overcome, and sometimes, they spell not just the end of the professional relationship, but the friendship itself.

Having recently been through this, and having watched other friends who have started their own businesses struggle with similar situations, I’ve learned the following things about how to avoid the awful position of having to fire your friends — and if you’re lucky (and I haven’t been, always), how to hang onto the friendship after the working relationship has been severed.

This sounds super obvious, I know, and isn’t really a “way to survive firing someone,” but hear me out. At the very, very least, know exactly who you’re hiring. Your friend with the brilliant ideas and enviable enthusiasm who also kind of happens to be late to everything? Maybe that’ll turn out okay, or maybe you’ll end up resenting them for waltzing in ten, fifteen, twenty minutes late to every meeting and wasting everyone else’s time. That guy who’s super talented at [insert thing your company desperately needs] but has a little bit of a temper problem? There’s no outcome in which you hire him and his anger issues immediately dissolve, never to resurface in a damaging or even dangerous way. If you’re lucky enough to have really skilled, passionate friends, that’s great! But if you also know that they maybe have called in to work too many times when they weren’t actually sick, or talked trash about their bosses to the other employees… When you’re their boss, those little traits become much more than just something you all tease each other and laugh about over drinks. They’ll cost you time, money, and maybe even your friendship. Know who you’re hiring. (And maybe don’t hire them.)

2. Get Everything In Writing

Everything. You might think because you guys are such good friends, you’ll never have a dispute over rates, responsibilities, or who is supervising whom. And you could be right — you could be very, very, very lucky (and have taken #1 to heart and not hired anyone whose workplace ethics you haven’t thoroughly examined), and there will never be any conflict. Doesn’t matter. Better to outline absolutely everything and draw up very thorough contracts that detail exactly what the employee is responsible for than to find yourself in the middle of a fight via Facebook Messenger (oh yes, this has happened) over who was supposed to do what and for how much. Write. That. Shit. Down. And then everybody sign it. Odds are you won’t need the document to defend yourself or your company in court, but when the inevitable disagreement/misunderstanding happens, you’ll at least have that paper to point to.

It’s easy to get caught up in the excitement and giddiness (maybe that’s just me?) of getting to work with some of your best friends. Just weeks after bringing on a friend of mine (okay, weeks is generous — more like three days, tops), I was ready to promote her to our Board of Directors. Why? What did she do to impress me so much? She came to work on time. Yep. I’m ridiculous. (Also, you can guess why my standards might’ve been so low — we’ve worked with many people who, because they thought, We’re all friends here, didn’t treat meetings as, well, actual meetings.) Luckily, the other board members recognized my ridiculousness and told me that I had to wait and see how this project turned out before just “handing over the keys.” That employee turned out to be one of the most difficult people we’ve ever had to work with, and after we were forced to tell her she would not be hired on for our next project, sent me the nastiest piece of hate-mail I’ve ever received — and a month earlier, I’d wanted to promote her! My fellow board members were right. WAIT.

This one probably speaks for itself, but it’s unbelievable how tempting it can be when someone’s “screwed you over.” After friend-ployees have left us hanging, unable to finish projects, and accused us of unprofessionalism, all I’ve wanted to do is publicly shame them — and to warn other companies not to hire them. This might be more true in creative fields than in others, but I’ve seen the same irresponsible, downright mean divas flit from company to company, never being hired back but somehow always finding another similar job somewhere else, and it is beyond frustrating. You’ll want to say something, to keep other companies from making the same mistake. Don’t. Unless those other companies follow my last point, which is…

I know. They’re your friends. It’s awkward. Nobody wants to think about their bestie calling their boss and asking what they’re like as an employee — but frankly, if you can’t handle this level of awkwardness, there’s no way you’re going to be able to handle the occasional super-awkwardness of having to tell your friend “You need to come to work on time/turn in better work/stop texting during meetings/etc.” or worse, “you’re fired.” Call their references. Ask lots of questions. What’s their attitude like at work? Are they frequently late? (I know, it’s getting redundant, but guys, punctuality is really important because it reveals how seriously people take their work.) What awesome things do they bring to the table? Would you describe them as “professional”? Yes, it sucks and it’s weird, but if I’d done this very thing months ago, I might’ve been able to avoid losing a close friendship.

I didn’t ask for references. I didn’t get *everything* in writing. And if I was being totally honest with myself, I would’ve known, deep down, that I never should’ve hired them in the first place. And if I hadn’t hired them, I wouldn’t have had to fire them. I wouldn’t have gotten the chance to work with them on some really awesome projects, or had the really cool experiences we had working together day in and day out, but I also maybe could have avoided losing a friend.

Morgan A. prefers to use a pen name.