5 Thoughts After One Year Of Owning A Home, In No Particular Order 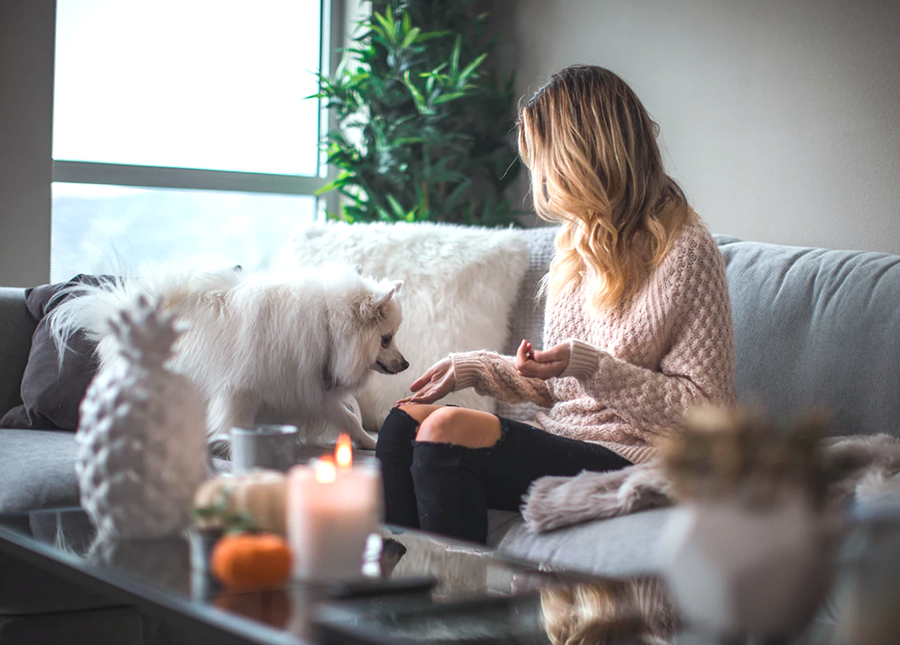 In honor of the one-year anniversary of moving into our house, I wanted to share some thoughts I have about our first year in the house has been like, and on home ownership in general.

1. The type of house you buy will impact your lifestyle a lot.

The fiancé came home one day and announced that over the weekend, he planned to pick up some things at Canadian Tire, including a tool to help get rid of dandelions our yard. “We have dandelions?” was my honest reaction, because I am a sweet innocent person who doesn’t understand yards beyond “it looks green.” He patiently informed me that yes, actually, our front yard has more dandelions than not, and that we had received a snarky sales offer in the mail specifically calling us out on it.

To his credit and very much not mine, his reaction was that we were going to tackle it ourselves, and so the $40 dandelion remover stabby thing came into our lives. Two full weekend mornings later, I’ve mastered the art of stabbing the dandelions right in their  roots, and after my hours of practice, I had the passing thought, “What could be more satisfying than getting the whole dandelion on the first try?” A yoga class, followed by brunch on a patio, actually. That could easily be more satisfying than getting the whole dandelion. (This is the kind of goodness I share on my Instagram stories, FYI.)

If you buy a downtown condo, you can probably still make that your Saturday morning whenever you want! But if you add a yard to your life, just know that you have basically taken on a new extracurricular activity whether you wanted one or not. Housing is a lifestyle choice.

2. The amount of house you buy will decide the rest of your lifestyle.

It’s easy to recommend sticking to a reasonable budget and not buying at the top of what a bank or a calculator says you can afford when you’re more than a year removed from the frenzied excitement of the buying process — but truly, that one choice has made a world of difference in terms of how much we enjoy owning a home. If you need to really stretch to the top of the “how much mortgage can I get?” scale, you’re going to feel it when you move in and start paying for everything. When I calculate our absolute maximum affordability right now, I got a staggering number: more than double the purchase price of our house.

There is no chance we would be able to save for retirement, save for a new roof, host a wedding, and have our house at the same time if we had bought at the top of that range. There’s also no chance we’d be able to randomly suggest all-you-can-eat sushi with friends on a Friday night, which is one of my great joys in life. Your house is the place where you live — it’s not your whole life. Budget accordingly.

3. Your home inspection is the gift that keeps on giving.

Yes, a home inspection is a big deal in the buying process, but it’s second only to our budgeting efforts in terms of its impact on our finances these days. The reassurance that we weren’t buying a money pit was good, but the detailed information about which smaller money pits were waiting for us over the next few years? Priceless.

When we had our inspection done, we were informed that our roof had one to three good years left before it wasn’t going to have much left to give. Cool. It’s not the end of the world, but it is the cost of keeping a couple of dogs for a year, which yes, counts as a financial metric in this house. So as soon as the craziness of the move was over, we set up a new house savings account (lol and here I was thinking the down payment savings for the house had just ended). This was to handle general emergencies and to set us up with enough funds to cover a roof repair in the next few years.

Thank god we did, because thanks to a windstorm a month or so ago, our timeline went from one to three years to this year, maybe in the fall. We didn’t lose too many shingles, and we had some very heart-stopping and much-appreciated family help patching the small holes in the roof, but it seemed like as good a sign as any to get some quotes and do the roof. And because we had the home inspection and the savings account, it’s a non-issue. We’ll have enough to pay for the roof in cash by the time we get it done this fall.

4. The best move I personally made was not buying before I had a partner.

I remember getting brunch (the good old brunch days!) with a friend early in my career, and wondering in a very genuine way how on earth anyone could afford a house. We were both single, with entry-level salaries, and buying seemed absolutely laughable. It turns out that was 100% a blessing in disguise. Even if buying had been remotely in the realm of possibility for me at that point, the biggest lesson I’ve learned over the past year is that I am grateful every single day that I have a teammate to help handle the house.

When you’re the homeowner, there are just a whole lot more things that are on you, from buying appliances to handling little projects around the house to knowing when you have dandelions on the lawn. That’s not even counting the bigger things, like getting quotes for a roof replacement, which, true confession, I was not very good at doing. (It’s a whole story, we’ll talk about it some other time). This isn’t to say that buying solo can’t be a great thing, and I know a lot of people who have done it and considered it a positive experience. But on the off chance that you’re single and stressed that you can’t quite afford a house on your own, trust me when I say there are serious non-financial benefits to waiting and buying with someone else.

Disclaimer: I have had brunch several times since buying this house, and as I re-read this I realize it sounds as if I am being like, deprived of brunch by owning my house, which is not the case. If anything, my entire position is that you should be able to do both financially — it’s the damn dandelions that really get in the way.

5. The two biggest things that make buying a house possible are location and salary.

Realistically, there are not many hacks that can get around those two factors. I was at a party recently with a young homeowning friend, and someone asked us how we were able to buy houses, because the media narrative is, of course, millennials can’t afford anything. First of all, this party happened in Ottawa, which is a key factor right there. We have a relatively reasonable housing market, but even still, if you want to live in the downtown core or a particularly trendy neighborhood, it’ll cost ya. Both my friend and I bought in the suburbs, which was point number one. The second was our salaries, but even I know that doesn’t make for very good small talk, so we both spoke about our careers instead. We also talked about mortgage rates, so I’m not over here claiming I’m good at parties, I’m just not the actual worst.

Buying within our means is what makes homeownership enjoyable for me. It’s how we can afford to live our lives without worrying about how we’re going to pay the mortgage. In some markets, or at some salaries, there is no overlap between what’s available and what’s within your means, and the fixes to that are big and hefty and something you need to really look at in the context of your whole life. There’s no small hack to fix Toronto real estate, you know? Or the fact that your industry might require living in a certain city. There’s only getting really clear on what that means for your life, and the potential for home ownership, and making your choices accordingly.

And hey, if that choice includes maybe not ending up in a single-family home, at the very least you are dodging the dandelions. That might be a big or a small comfort, depending on how you feel about yards and how much you want to own a place with a lawn. It’s a lot to consider, as I learned this year.