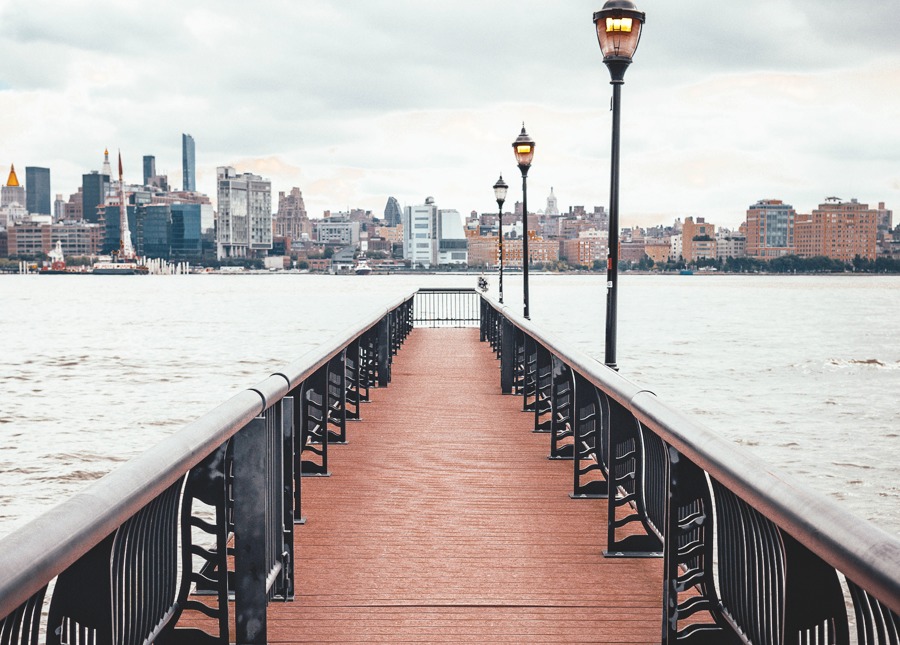 I first encountered minimalism as a mid-20th-century art movement focused on the purity of form, with a preference for clean lines, a certain style, and industrial materials. I could fit the definition of minimalism onto one side of an index card and study it for exams. I was sorry to find that it had escaped that clean, economical, and historic definition. Google minimalism and alongside Wikipedia entries for artists like Judy Chicago and Frank Stella you will find many photographs of white-walled rooms with wood laminate flooring. There are also listicles of things you can get rid of and underutilized bookshelves with sparse populations of potted plants. A quick glance finds the common philosophy: Clear your stuff to clear your mind.

That was my plan yesterday morning when I set out again to temporarily triumph over the chaos of consumer goods that was my closet.  As a natural packrat, there is a cycle to possessions in my household. Impulse urges leads to hoarding, which leads to abundance and clutter, and finally, purging. (Lather, stress, repeat). “Nobody believes that happiness is tied to the number of things we own. Yet almost all of us live like it,” wrote Joshua Becker in Becoming Minimalist. Ironically, happiness for me had become tied to being able to see as much of my floor as possible. I have long nurtured a private fear that owning too many things is something that poor people do. As a kid, I learned that the rich had garages that held little more than two cars and maybe a tool bench while the poor had garages that spilled out toys, empty planters, and bags of old clothes or stacks of newspapers onto the surrounding driveway or lawn. I learned that too much of anything was trash and that people with trash are trashy. This made sense to me. I grew up with the standard American myths and legends, after all. One of those myths goes like this: poor people aren’t poor because they don’t have money, they are poor because they did something wrong.

This little life lesson grew into a major attitude problem when it came time for spring cleaning. Cleaning the house can sometimes feel like a punishment. It can feel as if I’ve been found guilty as charged and must redeem myself by emptying the junk drawer and throwing out the used up batteries — or making sure that my dresser only contains jeans I’ve worn in the past six months. I imagine some tidying judge might reduce my sentence if I can organize the dresses in the closet by season as well as length and color. It also led to a less than ideal coping mechanism. When something bad happens like a breakup, getting laid off, an accident, or family problems, I apply organizing celebrity Marie Kondo’s method and arrange my socks so that they look like sushi rolls in a Japanese lunch box. It looks cute. It makes it easier to put on matching socks. It serves as a defense (albeit a flimsy one) against some pretty harsh internal monologue. “See, I may be disappointing in some ways,” I will think to myself, “but, I’ve folded all the t-shirts so that they stand up and you can see the pictures on the front before taking them out. Obviously, this is evidence of an unrecognized talent and capability. Indeed this hints to a hidden richness waiting to be tapped.” I’ll feel very pleased and accomplished until the sink fills with dirty dishes, or the cat comes inside with muddy feet, or a well-meaning friend or family member drops by with a box of sweaters that they don’t want but are pretty sure that I will.

I have smiled through the pain after giving a garbage bag of old clothing to a co-worker only to have her return the favor after less than one week of a gloriously tidy wardrobe. I probably could have gotten away with just dumping them in the used clothes for charity or whatever bin in the parking lot, but gosh darn! How could I? My co-worker was completely blissful as she gushed over how cute I looked in that white denim jacket that really only had that one tiny stain and that was only a little tight. Luckily, it didn’t have to be zipped up when I wore it anyway. Due to that jacket and other needlessly painful experiences, it’s become clear to me that what’s really helpful for a stress-free life is to have a list of bad habits and emotional baggage that you can toss today. Here are some common ones and how to tackle them.

1. You identify with your possessions

2. You don’t feel grateful for your home

Maybe you don’t live in a cool neighborhood. Maybe you’re renting when you’d like to own, or you’re living with family when you want your own space. Maybe you have housekeeping and organizational styles with lots of room for improvement and are drooling over those clean walls and spotless hardwood floors you see on social media. Maybe you’re like me and you’re living in what I affectionately refer to as a modular prefab home. Even if that’s the case, you’re still so very fortunate to have a place to live. Bonus points if it’s safe and warm. Home is where the heart is so put some heart into it and love your home just the way it is right now. Remember, a true friend is somebody who won’t call your modular prefab home a double-wide trailer to its face.

3. You think there are things you should buy

This is the dark side of those fashion essentials lists. It really used to bother me that I didn’t own basic black trousers or sensible pumps. It stopped bugging me when I examined my lifestyle. The lists don’t mention it, but they aren’t essentials for a person who walks just about everywhere and doesn’t feel dressed up unless a skirt is involved. It’s really just best to stick with what works for you personally, even if that means skipping so-called essentials.

4. You think there are things you should get rid of

If it makes you happy, keep it. Make a feature out of it if you want. I get that I don’t really need five pairs of sunglasses. I get that I have the internet and don’t need my hefty vintage hardcover guide to foliage houseplants. I just love having options on sunny days and flipping through the physical book. That’s enough of a reason to keep them.

5. You dread gift-giving events and their many happy returns

It’s the thought that counts, right? Although I’m of the opinion that the world has reached peak stuff and everyone has just about everything they want to eat, drink, re-gift, and be merry, it’s still true that if somebody buys you a thing, it’s because they care. You can appreciate the niceness even if the gift itself gets returned or exchanged. (Fun fact: you can exchange it for a gift to give to somebody else and no one has to know!) You are also free to bring it out only when the caring person who got it for you comes to visit if it takes up a lot of space in your home. This applies to those, “I just thought you might like x,” things that my friends bring me when they declutter. They care about me, whether or not I’ll totally rock that coral pink shoulder padded blazer and the t-shirt that reads “I Got Crabs at the Shellfish Shack.”

I might still have days when I forget to follow my own advice. I might even have days when I forget that I’m incredibly lucky to have all that I do or think I’m just useless because I can’t bring myself to throw away those rubber boots I know are slightly leaky. That’s okay, too. If there’s one thing I’ve learned from minimalism, it’s that if something isn’t working, let it go. That can apply to judgments and attitudes as much as it does to physical things. You, too, can clear your mind without clearing your stuff!

Stephanie Upton is an artist who works and lives in the Pacific Northwest.