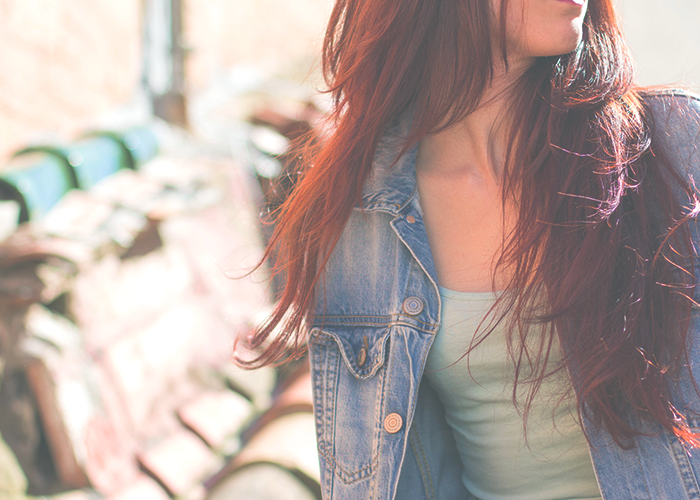 Without a doubt, this summer, my friends are going to call me cheap. They will question why I’m saying no to dinner at a restaurant (it’s because I just bought my friend expensive flowers as a kind gesture (but f*** the overpriced caesar salad). My money spending will be rationalized, questioned, and not-so-silently judged.

(Disclaimer: My friends are amazing. A lot of them are really good at budgeting, or their parents make triple what mine do and want them to spend, or they work their asses off at Starbucks so they can splurge on the weekends).

(Second disclaimer: Don’t be too hard on yourself. I binge-spend sometimes, too. It’s a learning process. Remember the overpriced caesar salad? Yup, wasn’t just a random aside – I once spent $27 on one of those while at Top of the Hub in Boston and I’m still feeling salty about it.)

I’m fine with my friends’ “you’re cheap” judgements, though. Really.

I’m fine with it because I share an outlook that many other first-generation Americans have. My parents came to the States from India with little except their hopes and a couple of names in their address books. My dad had to save up to buy his first burger from Burger King, my mom worked against people’s prejudiced assumptions and interviewed for jobs daily. I’ve been taught the value of a single penny by their “here’s my two cents” lessons over the years. Even now, my family has been blessed with financial stability, and I’ve been given so many amazing opportunities. But frugality is still something that we have strong opinions on. I used to argue with my dad when he refused to let me go on a trip with friends, but — in denying me the trip — he taught me that just because we could afford something, that did not mean we needed it.

As I’ve gotten older, I’ve learned to say no to unnecessary expenses more and more. I’ve realized that there are realities, both harsh and beautiful, that come with being the money-conscious friend of the group.

1. You appreciate treating yourself much more.

I’m not poor, and my family doesn’t fall even close to the low-income bracket (which, in my opinion, is set at much too high a number, but that’s for another post). We are very lucky, but that is not a determining factor in whether or not I should value my money. That does not mean I should spend frivolously. Thinking about tuition and future apartments and caesar salads, I don’t necessarily feel entitled to spend my allowance money, or my earned money, freely. Do I wish I got dessert at dinner? Am I sad I can’t attend a weekly Soulcycle class? Yes. And No.

It sucks to have the fear of missing out when my friends happily spend cash, frequently. Thinking twice isn’t always fun, but also it means that when you spend, it’s on something important. I bought a very used book (a ratty old 20-page book called “On Proofreading” from 1850) from Brattle Book Shop for about $7.50. It sits comfortably on my desk, and I’ve barely touched it, but it makes the writer in me very happy (it even has scribbles on the inside). If I always bought the newest book, or — on the contrary —  went antique book-shopping too often, my little find wouldn’t hold as much weight.

Once, my best friend’s brother visited and he threw his wallet at me and said “Buy anything.” Sweet guy, but I just gave his wallet back to him. That boy is known for coming off as a pretentious guy who flaunts his money. Spending money like that isn’t impressive, and it doesn’t make you friends. I would never want to be “that guy” in a friend group, and here’s why.

My roommate and I went shopping almost every weekend last semester. Her taste is impeccable, her Instagram fashion is on fleek, and Newbury’s Brandy Melville knows her by her first name. While I often came away from our shopping trips empty-handed, my roommate always found an outfit that fitted perfectly and made her look flawless (Angela, can you tell how much I love you?). What made me happy was that, before she found that outfit, she would hover over other shirts and look to me for an “It’s not worth it” look or my “Get it, or else I will” eyes. I stopped her from making excessive purchases or impulsive buys. It’s rewarding to know that you’re that person in a friend group, mostly because I love being a “mom,” and it means we get to save up for mini-vacations this summer.

Pretty self-explanatory. When something is free or highly discounted, whether it be an event or a t-shirt, it’s automatically more enjoyable. I personally think it’s because you have lower standards for the item or event because there are lower sums of money at stake. Subconsciously, you don’t have high expectations; you’re more likely to be impressed and satisfied, however it turns out.

Another perk of taking advantage of a deal is that you can reallocate the money you would have spent toward a more pricey night and use it somewhere else (that’s cheaper), instead. I got to see Mike Rezendes, a member of The Globe Theater’s Spotlight Team, for free through Boston University. His talk was inspiring, and afterwards I went out to dinner with friends. It was a low-cost evening, and one of my favorite nights of the year. I can promise you that I would’ve paid to see that famous journalist (his one-liners were amazing), but since it was free, it ended up becoming an even more enjoyable experience.

That is: You fall in love with simplicity. I know Dunkin’ doesn’t have the charm of Thinking Cup, and it isn’t Instagram-worthy. I’ll be honest; expensive coffee shops with newspaper-lined tables rank number one in my heart, but a large iced coffee from Dunkin’ is my bliss during cram study-sessions. Whereas Thinking Cup makes me want to stroll the streets of Boston and pick up poetry, Dunkin’ makes me feel prepared, ready to delve into statistics. I call this acquired taste for cheaper things the “Dunkin’ Donuts Effect” because, over time, I’ve found myself preferring simple sandwiches from the dining hall over artisan, pesto-grilled, mayonnaise-spiced, wasabi-lined, gluten-free wraps from the café down the road. I’ve found myself enjoying the commute on “The T” (our subway in Boston); I get more gratification from successful transfers than simply calling an Uber. You enjoy the little things, and you seek out the perks of getting more out of little, rather than getting a little out of more.

5. Your Future Self thanks you.

You know when you make it as a hard-hitting journalist, and you’ve got those money-conscious skills, you’ll be rolling in cash because you’ve developed a taste for Chipotle instead of Nouveau-American. And that friend who called you cheap? Worried about how they’re going to continue to watch the new season of Unbreakable Kimmy Schmidt because they don’t have money to pay for next month’s Netflix bill after a treat-yo-self moment at Sephora?

Or is that just me?

Natasha Mascarenhas is a Boston University undergraduate studying journalism (and apparently everyone’s two cents of advice on why that’s a bad idea). Follow her on Twitter for cold brew, bylines, and brownstones. If this made you smile, you can leave her a tip, here.