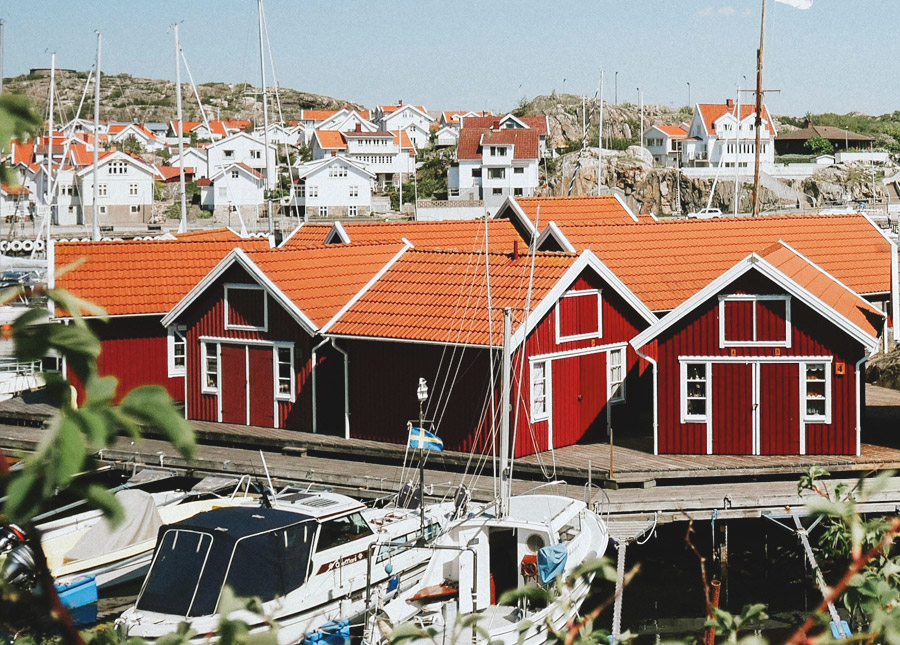 I moved to Sweden from the U.K. after being offered my dream first job there, despite knowing very little about the country or its culture at the time. I lucked out, as it’s an amazing place to live and work — but one big adjustment was that it’s far more expensive than my home country. Eating out, and especially drinking, are treats I have to budget for carefully, rent in the capital city is high, and there have been extra expenses like trips home to see family to factor in.

But after nearly three years here, alongside an addiction to cinnamon buns, I’ve developed a better quality of life and a healthier attitude towards money and goal-setting. These are some of the Scandinavian buzzwords which have helped me get there.

1. Janteloven (Danish) | The Law of Jante

This term comes from a Danish book from the 1930s and refers to the ten rules of a fictional town, usually summed up as “You are not to think you’re better than us.” These days, it’s often used to refer to the unwritten codes of Scandinavian society: prizing humbleness over ego, and conformity over standing out. Some people say it’s an unwelcoming philosophy that makes people fear individuality rather than celebrating it. And yet Scandinavia is home to so much innovation, from pop music to environmentally-friendly tech and much more. I interpret Jante as a reminder that individual success doesn’t make you superior to anyone else, and that was a really welcome perspective for me.

Throughout university and in the early days of my career, I put myself under pressure to succeed in every way I could, from the amount of money I earned to how I looked. It’s an easy but destructive cycle to get drawn into — comparing yourself to peers and setting countless targets to try to “win” at life. I still aim to do my job well and progress in my career, but the feeling of being part of a community where everyone plays a different but equal role helps me slow down and feel good about where I am, rather than racing to the next milestone.

The word “death-cleaning” is a combination of two things I usually try to avoid thinking about, but the idea behind it is surprisingly sweet. It was coined by a Swedish grandma who rather bluntly says she sorts through her belongings as an act of love so that her family isn’t left with piles of junk to go through when she dies. It’s less extreme than the kind of minimalism I’d read about before — this is definitely not about owning only one set of cutlery and sleeping on the floor, but rather getting rid of anything you don’t love or use.

The idea of looking at every object in terms of its role over your lifespan has been useful to me. I’ve moved house nine times in the past five years, which makes decluttering a practical necessity. My tiny apartment may never live up to the pristine Scandinavian aesthetic you see on Instagram or in magazines, but I try to make sure the things keeping me company there are all either useful or loved. One example is my habit of hoarding beautiful notebooks, because I was waiting to come up with the perfect project worthy of writing in them. After taking a shoebox full of empty notebooks with me each time I moved house, I’ve finally begun actually using them in order to justify their place. Life is too short to live with clutter, but it’s also too short not to write in the pretty notebook or eat off your fancy plates.

This often crops up in lists of “untranslatable” words, but it roughly means “in moderation”: not too much and not too little. How much milk do you want in your coffee? Lagom milk. How’s the weather? Lagom-warm. How was your weekend? Oh, lagom.

I’m instinctively an all-or-nothing type of person. If I wanted to get fit, I’d buy a ton of workout clothes and sign up for three different classes (then inevitably give up six weeks in); if I decided to start saving more, I’d go cold turkey on buying alcohol, new clothes, and takeaway coffee (and inevitably give up six weeks in). And moving to a new city, it’s easy to get overwhelmed and try to burn the candle at every possible end to “make the most” of your time there — which is what I did during my year studying abroad in college. But it meant paying a lot of money for food, drink, and entry fees for every event I could fit into my schedule, much of which I was too exhausted to even enjoy.

Now after three years in the land of lagom, the idea has started to seep into my psyche. Saying “no” to invitations I’m not really excited by leaves more time and money to say “yes” to the things I really want to do. Rather than being boring or mundane as I first thought it was, lagom is about keeping balance in your life.

In theory, I’ve always known the benefits of spending time outdoors and exercising, but it’s only after three years in Sweden that it’s become a non-negotiable part of my everyday life. I think it has something to do with the long winters; if Swedes waited for a nice day to get out of the house, they’d live as hermits. Now I manage to get outside and exercise without needing to think about it: hiking at weekends, swimming in lakes during summer, and making sure I spend time outside on winter days to get a Vitamin D dose before the hideously early sunsets. Back home, I tended to pay for expensive gym classes, even though it’s possible to do the exercises I most enjoy (running, yoga, pilates, dance) for free.

The positive impact on my mental and physical health has been noticeable, and I save a lot of money by meeting friends for walks or at the beach rather than always doing paid-for activities. It’s such a big part of the culture that no one bats an eyelid if you suggest meeting friends in a park, compared to the U.K., where going to a pub or cafe is the default.

Chances are, you’ve heard this term already. “Hygge” has had a huge moment, spawning thousands of blog posts, coffee table books, and more. It refers to a special kind of comfort and coziness, and “mysig” is the Swedish equivalent.

To achieve “hygge,” though, you don’t need to buy the expensive candles, woolen socks, or fluffy white rugs made by brands trying to jump on the bandwagon. If you speak to most Scandinavians, they’ll tell you that the concept is more about simply spending some low-key time with family, friends or alone, just relaxing. The Swedish term “fredagsmys” (Friday night coze) refers to an evening in with the family, most often watching trashy TV while eating junk food — and appreciating how great that can be.

That’s the thing with most of the trends on the list, I think: they’re actually fairly easy to achieve. At the moment, anything and everything Scandinavian is massively coveted. News reports constantly scream at us that these are the happiest, most successful, most stylish, most perfect countries, prompting people to try to uncover the secrets these cold northern countries are hiding from the rest of us. But in my experience, a lot of it is just learning to appreciate the simple stuff.

Catherine Edwards is a journalist, editor, and translator working in Stockholm, Sweden. You can see her portfolio here or follow her on Twitter here.