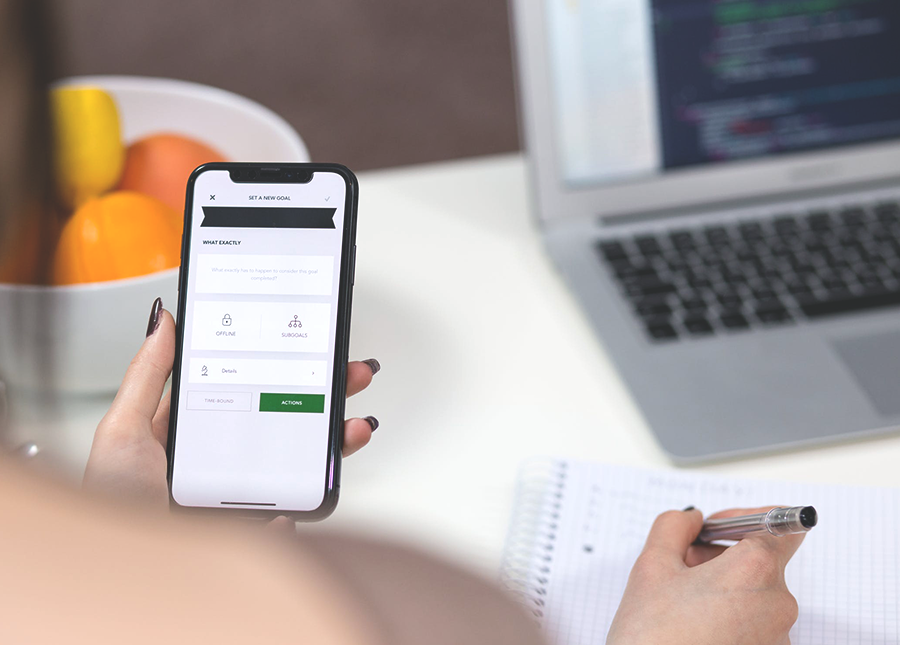 Arbitrary or not, most would agree that the six-figure salary is a significant milestone. For many white-collar professionals, a six-figure salary is something to strive for alongside getting a C suite title, having a corner office, managing a big team, etc. In fact, in 2017, the average annual income of 25-to-34-year-old Americans was $40K, and the average 35-44 year-olds made $50K (CNBC Money). What is somewhat depressing is that after this age bracket, annual income basically stays the same until the retirement age of 65, and it plummets to $47K. So, the average group of Americans doesn’t ever make a six-figure salary in their lifetime.

When I began my marketing career back in the late 2000s, I had an annual salary in the $50K range. On average, that is a decent starting salary. But being in California, having just gotten my MBA and seeing where my classmates had landed salary-wise, it did not feel like a high salary in any way. Over the next few years, with a couple of job change and promotions, my salary slowly increased to the $60K range. Then the $70K range. And then it plateaued there for a few years.

I was OVER THE MOON when I received a job offer back in September 2016 that finally brought my salary into the six-figure range. Imposter syndrome, self-doubt, and overall disbelief all aside, it was a huge confidence boost. Additionally, my fiancé and I were planning a wedding at the time, so we knew the increase in my salary was going to be a big help. Yet amongst all things, I was really surprised at the thoughts that receiving this offer and having this $6000+ (after tax) a month salary trigged in me.  I never thought these were the things that would surface when I got a six-figure salary offer.

1. The first thought that followed “I got the job” was “what am I going to buy myself as the reward?”

Old (bad) habits die hard. This is how I’ve equated any success in my adult life to — the materialistic reward that I’d allow myself to indulge in afterward. It almost makes sense on some levels: “I make more now, I can buy more.” Right? It’s so scary that this was how my brain had been wired for years. When I have the financial means, the first place my thoughts went to was how I could spend my money on material things, and not pay off debt, not increase retirement savings, not increase investments. In hindsight, after I’ve taken the journey to become a more financially responsible person, it’s frightening to face my old habits up close and personal.

2. I was actually able to shorten the pay-back plan of my car loan.

When I was in debt, I’d stare at my Mint account with the amount of debt I had and silently wish to myself “If only I win the lottery tomorrow or have some kind of windfall of money. That would wipe this all off and I can start anew!” This job offer with the six-figure salary was exactly that. My car payment at the time was $680 a month. I can’t help but CRINGE at that figure now that car payments are out of my life for good. With the increase in salary, I was done with my car payment within five months. This six-figure salary actually helped me pay off my car loan sooner than I’d thought.

3. It gave me the confidence I needed to progress in my career.

I generally don’t like talking about things like “imposter syndrome” because I think people have the tendency to use it to legitimize or give more voice to their inner demons. But, there is a reason why this term is so popular these days, and there’s some truth in its popularity. Earning more money is one of the best weapons to battle imposter syndrome, at least in my experience. Nothing says “you are worth it” than your negotiation resulting in the salary you asked for. It’s empowering, validating, and a defining milestone. It also gave me more assurance when I negotiated other job offers & compensation packages later on.

4. I was still the same person I was, with the same challenges, flaws, and hard decisions to make in life.

This was the most sobering fact that dawned on me a few months after I started this job. Having the six-figure salary I wanted was not some silver bullet. Getting paid this much didn’t change who I was or the problems I had. It boosted my confidence, sure, but it didn’t give me confidence that I didn’t already have. I still had to commute to work, felt anxious before a presentation, had co-workers that were so annoying I wished I didn’t have to deal with them…my work life did not magically transform into something else better. And as naïve as that sounds, I used to hold on to the thought of “if only my salary was much higher” and then things would magically improve. This definitely didn’t happen.

5. The satisfaction wears off fast. The mind latches onto new goals, and the hustle starts all over again.

It’s human nature. We set a goal, achieve it, feel overcome by a sense of accomplishment and satisfaction…then it fades. And we move onto the next thing we trudge away to accomplish. This is a big concept in positive psychology called the hedonic adaptation. It describes the fact that “happiness doesn’t last”; you buy a new car, get a big promotion, win the lottery, etc. But after a while, the excitement and euphoria wear off and you’re back to your baseline of emotions. And you feel like you’re back at square one, with new goals to tackle in order to find that “high” again. On this front, I highly recommend three books to read on finding ways to create meaning and measure happiness in life: How Will You Measure Your Life by Clayton Christenson, The Happiness Advantage by Shawn Achor, and Designing Your Life by Bill Burnette and Dave Evans.

What’s your salary story? How does your current salary make you feel and why?

Jessica is the writer behind personal style blog Cubicle Chic. In her early twenties, she has contemplated many career paths, such as a novelist, a physician assistant, a research scientist, a court translator (English to Mandarin Chinese), and a clinical research specialist. Eventually, she found her passion in marketing communications for life science companies. She continues to cultivate her interest and skills in many other fields, such as writing, career development, and self-improvement, and hopes to help others do the same.