6 American Money Concepts That Seem A Little Crazy To Europeans 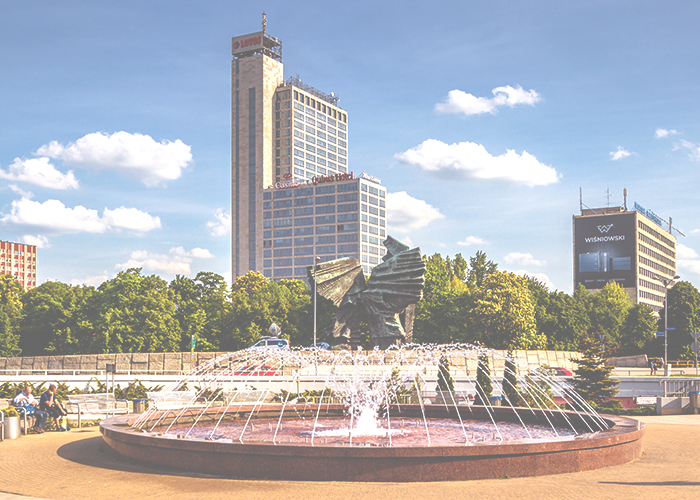 Quite a few things changed for me, financially, after reading TFD. I now have a (small) emergency fund and “personal finance” is no longer a shameful, uncomfortable topic that I try to avoid thinking and talking about. So as a fresh out of university 20-something gal who just started her first “adult” job, I can honestly say that TFD has offered me amazing, and more importantly, relatable advice and insight when it comes to personal finance. And as a German girl, I often notice underlying differences in ideas or experiences, which I personally find fascinating. While I have never lived in the U.S. (the closest I got was Canada), I do have family there, and many of the topics I have written about below have often been discussed via long Skype conversations. Below are six American money concepts that still seem completely foreign to me. (These are just a few thoughts from little old me, one of 1.7 billion people in the world, so I am truly curious to hear if I have, perhaps, missed out on “the bigger picture,” or if anyone else may have a different insight or experience on these topics.)

I know that these apps have been referred to as “devil apps,” but I have to say, I really envy all those countries that allow ride sharing. Uber does exist in Germany, but ride sharing has not been implemented well here, because private Uber drivers lack the so-called “offizielle Genehmigung zur Personenbeförderung” (say that three times really fast). In other words, they supposedly lack official ”permission to carry passengers,” as I understand it. Long story short, if you want to get home at night, you either carry your heels and walk, hope that public transport is still running (it probably won’t be), or splurge on a cab, which gets super expensive. Overall, I think these apps should be used moderately, but I can’t relate to this “spending trap,” because ride share is just not as popular where I’m from.

Before reading TFD, I didn’t even know what a 401k Plan was because, as far as I know, we don’t this exact option in Germany. There are, of course, a variety of official retirement plans. However, from what I understand and read, in comparison to 401k plans, these retirement plans have less flexibility, freedom, and incentive for larger savings. It may sound completely silly, but I am truly in awe every time I read about the possibilities and the potential that the 401k Plan has to offer.

Stories about medical bills in the U.S., especially those from unexpected life-threatening emergencies, always hit me hard. In Germany, health insurance is obligatory for every person (German or not) living in in the country. For employees (like me), public health insurance is a set percentage directly deducted from your income, and your company foots half of the bill. And yes, even though this system is far from perfect (a topic that requires a bottle of red wine to be discussed), one can rest assured that should you have an emergency or a condition that requires extensive medical treatments, you will be covered. The fact that a single medical emergency could mean completely draining your savings account must lead to an entirely different viewpoint of personal healthcare in the U.S.

In German, the word “debt” (“schulden”) is closely related to the word “fault” (“schuld”), which I believe shows the significant cultural context of the concept of debt. Reading TFD, the one thing that always stood out to me was how acceptable and “normal” it was to have credit card debt. It’s not that Germans never “buy now and pay” later (although, when you look at how many stores/restaurants do not accept credit cards here, that’s exactly what you’d think), but I do feel that the idea of having credit card debt in your name is not as accepted in Germany.

I remember that when my parents found out that I had been carrying almost €1,000 of expenses on my credit card for a few months, they were extremely shocked and immediately sat me down to ask me how I had managed to fall off the bandwagon that badly. They immediately helped me make a (very strict) financial plan to eliminate it. I will never forget what they said: “You should never carry debt in your name. If you do, then remember, being in debt should always be very much temporary, and never considered a regular state.”

It is so easy to get sucked into buying something now (“instant gratification”) and pushing back the whole “actually paying it off” until later. While my spending habits are far from perfect (hi there, Asos.com), I do feel like this cultural aversion to debt has stopped me from making quite a few purchases that I reeeeally reeeeally wanted, but couldn’t necessarily afford.

I felt like this one definitely deserves its own bullet point. First of all, I want to say RESPECT to all students that are or have studied at American universities, and have paid or are paying student debt. YOU GO, guys and girls! For someone in a country where tuition at a public university costs €500 per semester (for a high-quality education), American tuition fees seem like an unimaginably heavy burden, and paying them off is an incredible achievement.

Every month, I have €200 that goes straight to my parents’ account to pay them back for the tuition (they were kind enough to lend me the money while was studying). Sometimes in a rare moment of weakness, I will think about all the nice things I could do with those extra €200 each month, but then I quickly snap out of it and think: How dare I even think that? This is nothing compared to the financial obligations that others have when it comes to their student loans.

For me, personally, the biggest underlying difference I sense between the U.S. and Germany is the tolerance of risk. I see Germany as being far more risk averse. In fact, I think this stretches out beyond their (lack of) tolerance for credit card debt, or the stocks and funds they choose to invest in. On one hand, you could say that this “slow and steady” risk aversion has resulted in a rather stable and successful economy. On the other hand, I believe that this risk averseness has also made Germany less open to the potential of new ideas and innovations.

As someone who works in the digital healthcare industry, I can say from my own experience that there are so many new ground-breaking and #disruptive ideas and concepts that do not get the chance to properly thrive across the pond, because of the strict regulations and the generally suspicious view of new and “different” concepts. (Or at least, I feel like that is the case in Germany sometimes.) I am truly very thankful for the cautious way in which food safety, new drugs, and decisions impacting the environment are dealt with here, and I would not want that to change. But there is a reason why people in Germany joke around saying that if Steve Jobs had been German, he would have never been able to build the Apple empire, because he would have lacked the official permit needed to start a business in his garage.

*Kara prefers to use a pen name.