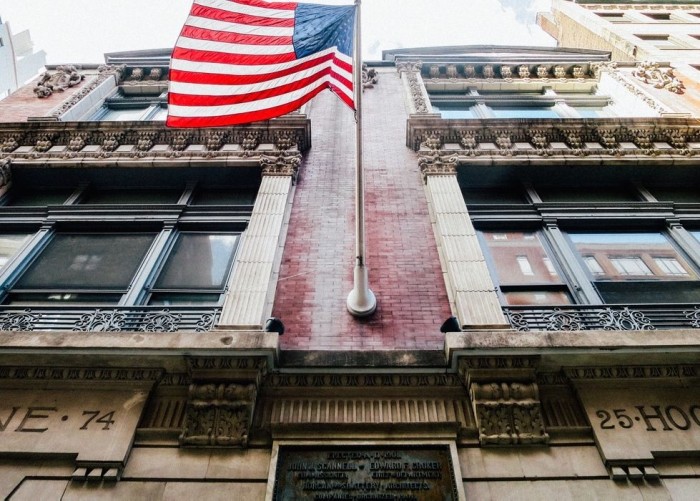 I consider 2008 the first real election I participated in. Even though I was still too young (by months!) to vote, it was the first time I remember feeling actively invested in an election outcome. We were just coming out of two drawn-out wars, the economy was in a slump, and in general, things looked grim. Then along came Barack Obama, whose campaign slogan was literally “Hope” and who reinforced my faith in a system I’d so frequently seen fail. Obama’s victory was the first time I felt both hope and pride in our political process, and in many ways, it was a triumphant validation of the American dream my parents had always believed in — that in America, you could start from anywhere, be anyone, and with hard work and determination, push yourself to the top.

Eight years later, it’s hard to say the country is in a hopeful place. As part of the “millennial” generation, we’re the most diverse, most educated generation in history. Despite this, a lot of us are struggling. We’re taking on enormous debt to afford the degrees that are now considered “essential,” moving to cities that are supposed to have jobs, only to find we can’t afford to pay the rent, and barely surviving off the most stagnant entry-level salaries in decades. The economy might be recovering, the wars might be winding down, but for me, and many of the millennials I know, we’re looking at a future that’s far from hopeful, especially considering the vitriol of this election season. (Penis jokes on stage? Seriously?)

With all that in mind, here are six money-related questions millennials should be asking of their candidates this election season.

1. How are you planning to combat the student loan debt crisis?

Bernie’s plan for free college works great (if successful) for anyone currently in high school, but many millennials are going underwater with the debt we’re already struggling to pay off. The average debt burden for 2015 graduates was $35,000, making them the most indebted class ever— for now. Sixty-seven percent of students graduate in debt, and the majority of borrowers are paying back debt well into their 30s or older. Making college affordable and student loan debt manageable is one of the biggest concerns for a lot of the millennials I know.

Where the candidates stand: Former Secretary of State Hillary Clinton introduced a plan that would allow students to attend public colleges without taking out loans (while still requiring a “realistic” family contribution), and community colleges would be completely tuition-free. She would also require states to increase spending on higher education in exchange for federal funds. Sanders, as mentioned, plans to make college tuition-free for all students and public universities, and fund it through taxes on Wall Street. Sen. Bernie Sanders and Clinton both support a significant decrease in interest rates for student loans and a simplified income-based repayment plan.

On the right, Ted Cruz voted against several proposals to lower loan interest rates, and he wrote and presented an amendment in 2013 that would cut Pell grants for low-income students and federal funding for historically black colleges and universities, and for community colleges. Donald Trump hasn’t introduced specific plans for making college affordable, but it should be noted that he created a now-defunct, for-profit online college called Trump University, which is currently the subject of two lawsuits charging that it defrauded thousands of students out of millions of dollars.

2. How do you plan to create good jobs for recent grads?

Unfortunately, despite a recovering economy, the job market for recent grads remains pretty grim. Fifty-one percent of employed 2014 college grads are in jobs that don’t require a degree, while a third of recent grads report making less than $25,000 a year. Basically, there are way more college grads than jobs. And particularly with unpaid internships becoming the new entry-level position, having a leader who is able to continue President Obama’s job creation progress should be a key consideration for anyone just starting out their careers.

Where the candidates stand: Few candidates have addressed how they plan to create entry-level jobs specifically, but from the Democrat side, both Sanders and Clinton have supported increasing the federal minimum wage significantly, which would actually have a significant impact on millennials’ job prospects, considering millennials comprise 61% of the people earning the minimum wage. Some argue a higher wage might mean hiring fewer inexperienced workers like millennials, while others argue the research doesn’t bear this conclusion out. Sanders also introduced the Employ Young Americans Now Act bill, which would create up to one million jobs for youth aged 16-24, and would allocate $1.5 billion for job training to increase prospects for youth unable to attend college.

Cruz voted against bills that would have increased the federal minimum wage to $10.10 an hour, while Trump mostly points to his record as a “job-creator” through his various corporations. Almost all Republican candidates have put forward a new tax system which in theory, by lowering taxes would increase income; most notably, Cruz proposes a flat 10% income tax, significantly lowered corporate tax rates, and the elimination of almost all tax deductions and credits. Analysts have pointed out that under most Republicans’ regressive tax plans, the only people better off would be the already-wealthy .01%.

3. What’s your plan to fix the wage gap?

White women currently earn 78 cents to a white man’s dollar, while African-American women earn 64 cents, Hispanic women make 54 cents, and Native Americas make 59 cents. Thanks to this, women make an estimated $530,000 less over their lifetimes, and that gap widens for women of color. And it snowballs from there. Women who make less money have less in savings, and will receive fewer benefits from social security. Closing the income gap over women’s lifetimes is a central part of ensuring that women have the same opportunities for income growth, investing in assets, retirement savings, and overall financial health as men. And as millennials, we’ve got a lifetime of earning potential ahead of us, so the sooner that gap closes, the better.

Where the candidates stand: On the left, Clinton was the main sponsor of the Paycheck Fairness Act, which bans employers from telling employees not to talk about pay and narrows what counts as “business justifications” for gender pay gaps. She is also the co-sponsor of the Lilly Ledbetter Act, which gives women more time to bring wage discrimination complaints. Sanders voted for both acts, while Cruz voted against both.

4. Where do you stand on reproductive rights?

Yes, this is a financial question. Not only are kids expensive AF, but it’s well documented that having kids impacts a woman’s lifetime earnings, which means it’s even more important to be able to have them when you can afford them. I’m pretty sure I want kids down the line, but I’m even more sure that I need to finish grad school, start my career, and be way more financially prepared before I do so. In this respect, my ability to access affordable birth control (thanks, Obamacare!) is hugely beneficial in making sure I’ll be able to have kids when I’m ready for them, financially or otherwise. This goes even further with access to abortion providers. I’m fortunate to live in Manhattan, where I’m confident that if I ever needed an abortion, I’d be able to get one without an unreasonable amount of inconvenience, but this is clearly not the case nationwide. In an age where Planned Parenthood is under attack every other week and states are tripping over themselves to enact even more restrictions on abortions, having a president who supports women’s reproductive rights is more important than ever.

Where the candidates stand: Unsurprisingly, every Republican candidate is pretty ardently pro-life, from Ted Cruz thinking birth control is an “abortion-inducing drug” to Trump calling Planned Parenthood an “abortion factory.” Clinton and Sanders are both staunchly pro-choice, and both support continuing federal funding for Planned Parenthood.

5. What are your policy proposals for supporting work-life balance?

The biggest pieces of this question are paid family leave and childcare. Studies show that paid maternity leave boosts retention, keeps women in the workforce longer and at higher salaries, and offers new moms the break they physically need, improving both mental and physical health outcomes. Also, this one isn’t just for the ladies. Studies show that men who take paternity leave end up more competent, committed, and involved in their children’s’ lives down the line. Yet somehow, the US remains the only developed country on Earth that still doesn’t guarantee paid sick or maternity leave to its workforce.

Where the candidates stand: Clinton and Sanders have both called for plans to give U.S. workers the right to paid family leave. Clinton has also called for more funding for childcare programs, while Sanders advocates for universal preschool.

6. Where do you stand on retirement plans for the younger generations?

Yes, for many of us in our 20s, retirement seems a long way off. But that doesn’t change the fact that our retirement funds are facing a significant shortfall compared to our parents’ generations. Most companies have eliminated fixed pensions in favor of employee-funded 401ks, while social security’s reserve fund is expected to run out by 2030, which means an estimated monthly benefits cut of 21%. Although more and more millennials are slowly saving for retirement, with the cost of college, student debt, and other adulthood expenses, many young adults are still far from where they need to be in terms of retirement savings, which means keeping an alternative source like social security afloat should be something millennials start advocating for as early as possible.

Where the candidates stand: Democratic candidates generally want to protect current social security benefits and plan on making up the revenue shortfall with tax hikes on high-income workers. Republican candidates, with the exception of Trump (who has advocated for keeping social security where it is) favor raising the normal retirement age and implementing policies that will eventually cut monthly pensions across the board.