6 Important Things I Learned During My Shopping Addiction Therapy 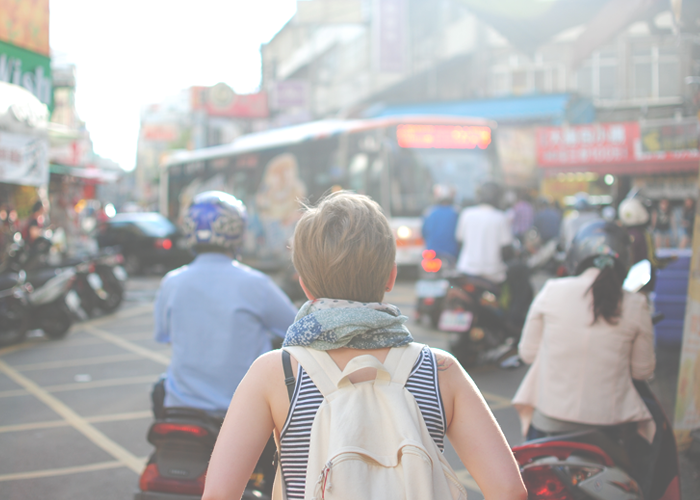 In addition to having a “get out of debt story,” I’m also a recovering shopping addict. Not being dramatic here — I definitely went to therapy to work on my spending triggers and how to curb them. I even mentioned it in the season finale of Awkward Money Chat.

Even though I’ve mentioned before that I used to be a shopaholic, I’ve never really broken down what this means, or how I kicked the habit for good.

WHEN I KNEW I HAD A PROBLEM

The first two years of college I worked at a retail clothing store, so it didn’t seem too out of the ordinary that I was shopping a lot. Working at the mall, I was constantly surrounded by beautiful clothes.

After I transferred to my second school in 2007 and started working at a Doctor’s office, I spent considerably less time in the mall, but by 2007, online shopping became “the thing” and I spent countless hours of my down time scouring websites for the next great deal.

By the end of 2007 I’d (nearly) maxed out my cards. I remember one week I had $30 dollars left to last until my next payday and instead of buying groceries (which I desperately needed) I bought the UGLIEST purse while out shopping with a friend, because I felt like I absolutely had to buy something before I left the store. So I bought said ugly purse and convinced myself I loved it, and it never left the back of my closet after that day.

In the coming weeks I’d look at that purse and go, “Why did I do that?” and feel such shame. That is when I knew I had a problem with both shopping too much and my finances, but I didn’t necessarily know what to do about it.

I originally began seeing a therapist in 2007 because I was having a difficult time adjusting to the transition between schools. I missed my friends, my sorority and pretty much everything about my old life. Even though I would eventually settle in and love my new alma mater, the first few months of transition were very difficult.

“So you’re lonely.” The therapist said, after I told her my initial reasons for our session. “What do you do when you’re lonely?”

“I go to the Brookhaven Mall, usually. Or Chic-Fil-A.”

“And do you always buy something?”

I’d already told her about my money troubles: the nearly $8,000 in debt I was in by that time, and how my parents were still angry with me for running up so much card debt in the first place.

“Well Lauren,” she said putting away her pen and paper, “There are a lot of things going here. But I think the first thing we need to deal with is the fact that you exclusively cope with your struggles through shopping.”

She said it, and it literally set me free. You know how someone says something to you (or you find a quote on Pinterest) and it just makes sense to you? That it resonates so deep within your heart you know it to be true? Yeah, that was what that moment was like for me.

HOW I LEARNED TO COPE

Over the next few weeks we began to explore my range of feelings, from everything that was really bothering me to passing annoyances. She had me keep a journal of those feelings and what I did in the moments after those feelings came over me. Armed with this knowledge, we then began to craft a certain set of spending triggers and behaviors that I live by to this day:

1. I no longer hang out at malls. Alcoholics don’t hang out in bars. Those with shopping problems shouldn’t hang out in stores or malls, “just to kill time,” or “pass an afternoon.” I may indulge in a little “mindless” shopping every now and again, mostly on vacation, but I rarely go to any store without having thought about what I need to buy first. I go in, I get out, and get on with my life.

2. I don’t get flash sale ads in my inbox. These are my kryptonite (J.Crew anyone?) I use a great service called Unroll.me to roll up all of the emails in my inbox. They go into a digest that I do skim once a day, but without the flashy subject lines nagging me from the top of my Gmail folder, I haven’t indulged in a flash sale in years.

3. I avoid sales in general. I realize this may be anathema to others in the personal finance community who pride themselves on getting good bargains, and for some who are in control of their spending urges this can be a great way to save a dollar or two. I’m not knocking it. But the psychology behind sales is to get customers in the door to spend more money than they would in the first place. For this purpose, I practice mindful spending, look for a deal when I’m going to buy, and ONLY buy that item. You’re not fooling me with that $25.00 free shipping minimum, Amazon.

4. I channel my feelings Into something besides shopping. At my therapists suggestion, I decided to give theater another go, and I ended up getting cast in a show that spring. Suddenly, between class, work, and rehearsal, I had very little free time to shop. Funny how that works! I now do yoga

, run this blog, and tackle DIY projects around the house in my spare time.

5. I indulge in a guilt-free way. I can’t not shop. I am, after all, a woman with a career in an office where people have to dress a certain way. I set a clothing budget for the year (around $1800) and I get the things I need for this amount over the course of the year. Some months I spend a lot, some months not at all, but this allows me to get a few new things each season without feeling guilty.

6. I try not to “shop my emotions.” Through my work with a therapist, I realized I spent the most when I was feeling sad or a little blue, because having something shiny and new was a great way to dispel those feelings. Nowadays, I avoid computers, stores, etc. like the plague when I’m feeling sad. I’m happy to report I no longer feel so blue as a happy, thriving woman, but work and relationship related stress has taken that emotion’s place. When I’ve had a bad day, I try to stay offline as much so I avoid “shopping my emotions” in order to comfort myself.

I think when I was younger I felt I didn’t have much to be proud of, which is why I started shopping– to make myself feel better. I had a lot of self esteem issues as a young woman and shopping (for better and for worse) feels really good. This is why you have to be careful. It took a lot of (expensive) therapy and debt repayment, but I’m glad I have a handle on both my money and my shopping triggers now.