6 Kinds Of Assholes You Find On Kickstarter 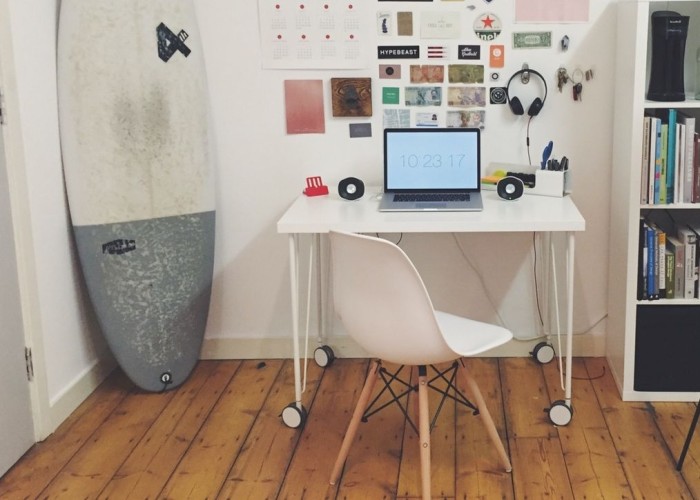 I have a love-hate relationship with Kickstarter that leans, if I’m honest, pretty heavily to the “hate” side. It’s one of those internet things that, like so much in our lives, started off as something useful and novel, and has since become an unwelcome presence in our day-to-day lives, cropping up like zits on the landscape of social media. (And I feel even more strongly about the various supermarket-brand Kickstarter knockoffs that allow you to cash out even if you only hit 30 percent of your goal, as they seem even more prone to scams and poorly-thought-out projects.)

It’s not the concept of crowdfunding in general I hate, and I readily admit that I have donated to a few causes that meant a lot to me through sites like Kickstarter. (Full disclosure: all of those times have been when bad things happened to friends/people I knew on the internet, and they turned to crowdfunding to help them get out of whatever hole they were in.) What I hate about Kickstarter, I think, is the ease with which it is used, and the ever-lowering bar for what we consider “donation-worthy.” I think — though this could be the rose-colored glasses of nostalgia talking — that we used to be more discerning as a society about what we would shake a can at the internet for. Now, it feels, everything is deserving of a few dollars, and it seems to only cheapen the things which really should be getting our attention. (I admit that I am often thinking of people with diseases or burned-down houses when I picture that level of worthiness, but I think it extends to a few types of causes.)

I have always stayed away from asking for money on the internet, if only because I know that I am lucky enough to not worry about my lights going out, and feel strongly that whatever project I feel passionately enough to take on should be proven worthy on its own merits, and not the subsidizing of my online community. (This does not mean no art should be funded, if people want to, but rather that it’s not something I feel comfortable with myself.) I also feel a deep respect for the hard-earned money of the people around me, and know that nothing I have done thusfar in life has been worthy of a dollar that they need just as much, if not more, than I do.

There’s a conscientious way to leverage your moral support into financial support online, and then there’s a not-so-conscientious way, and the assholes on this list typify the type of person who is utterly disrespectful of others’ money. They believe that whatever they are doing is more important than whatever else you could be doing with that donation, even if that something is “enjoying my life.” They have taken the concept of crowdfunding and bent it to their egotistical needs, and they simply must go. Because we all need to rely on the good will and disposable income of the community at large when a truly worthy cause presents itself, and projects like this are recklessly chipping it away.

Sometimes, when I am feeling down, I remember that society collectively rejected David Mamet daughter’s insulting attempt to get us to pay for her $25,000 indie-folk music video, and I feel better. But then I remember that we are responsible for Wish I Was Here, Zach Braff’s two-hour-long wet fart, and I am sad again. We need to do better.

2. The “Crowdfund My Relationship.”

I have honest-to-god seen, with my own eyes and on my own Facebook, people starting crowdfunding pages to go visit their boyfriend/girlfriend for the holidays. I have seen people asking for money for destination weddings, or romantic proposals, or honeymoons. And correct me if I’m wrong, but aren’t weddings the original — and socially acceptable — version of crowdfunding? Like, that is the time when you get to ask everyone who shows up for shit you’ve picked out already, or money to go towards whatever dumb thing you want to do with your partner. But the key here is, those people are GETTING TO GO TO YOUR WEDDING. They are close enough to warrant an invitation, and to care about your relationship bliss. Acquaintances on your Facebook are not those people, and should not be dragged into your quest to swim with the dolphins in Fiji, because shit like this is not cute.

These are projects, usually creative in nature, which consist largely of a daydream, and maybe two months of actual work. They have decided they are going to do something BiG aNd DaRiNg, and after a full couple days of thinking about it, have decided to ask everyone for a large sum of money before any kind of business plan or body of work has been established. It’s “Kevin wants to be a DJ” or “April wants to start a food blog,” which somehow requires an incredible start-up cost despite consisting of one person, and has no real plan for how they’re going to keep the momentum up financially, once the crowdfunding is over. (We’re gonna assume at least 5,000 will go to replenish the inspirational Kickstarter video costs.)

It should also be noted that these are the projects where the incentive prizes are least likely to ever see the light of day, because promising custom monogrammed tote bags for 100 people sounded a lot easier when they were writing this whole thing up.

The jist of this one is that this person/project is too good and smart to go through traditional means of income/profitability, and thus needs to use the internet as their renaissance-era art patrons. It’s one of those literary magazines or sculpture series that needs to be paid 1,000 dollars per piece, and is way too good to work for ad revenue or sell something, like the rest of us suckers who are subsidizing them. Our donations will go to them ensconcing themselves in a bubble of artistic integrity, while we have to slog it out at a 9-5 to give them the privilege of doing so. Yay!

There are currently like 5,000 Left Shark-based Kickstarters going on right now, and if this is not a symptom of about a hundred different internet illnesses, I don’t know what is. there is no reason that everyone and their mother should attempt to capitalize on some terrible meme-generating pop culture ephemera the second it hits, particularly considering the half-life on these things tends to be a day and a half. By the time the crowdfunding page even gets set up, no one cares about the trend in question anymore, and you are left begging your grandmother to give you 50 dollars so you can make deflated football tee-shirts and bumper stickers. Don’t involve the community in your meme-harvesting shenanigans.

6. The “Send Me On A Whimsical Journey Of Art And Self-Discovery Across Europe/Africa/Asia.”