6 Life “Experiences” I Want A Refund On 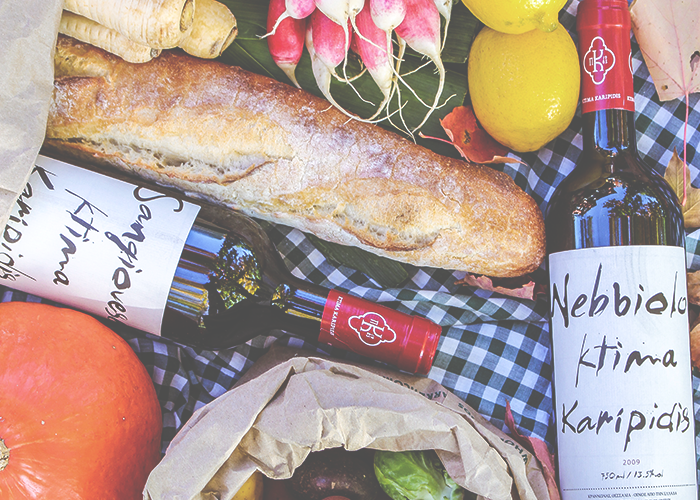 When it comes to thinking about the “right” and “wrong” ways to spend our money, it’s very easy to get into this really false dichotomy of “experiences” and “things.” I spoke about that very phenomenon earlier this week, how many of the “things” I’ve splurged on in my life have proven to be just as meaningful or memorable as experience, or have brought me joy in the same quiet, sustained way.

As frivolous as they might seem to someone else, certain “things” have often proven to some of the crucial parts of life that make it feel balanced, sweet, and beautiful to live in. Fresh flowers by the window, a big framed print I love, fluffy pillows

I can settle into on my couch — they are all part of what make me happy, and while life wouldn’t be unlivable without them, if I have the choice, I prefer them. Little bits of beauty keep me motivated, and though much of that is in experiences, not every “experience” — no matter how flossy it looked on the ‘Gram — was worth the investment. There are several distinct ones that I went into with the specific idea of enriching myself, and which I entirely regret, because they just weren’t what I’d been led to believe.

Without further ado, these are the six life experiences I want a refund on. (Hopefully, from my sometimes-quite-expensive mistakes, you can avoid the same pitfalls yourself.)

An extra mini-trip on top of a big trip to “see more things.”

I  have established myself, over the years, as someone who is firmly in the camp of “would rather go one place for two weeks than five places for a couple days each,” and while I don’t think that is the ultimate or “right” way to travel, it’s the way I most enjoy it and, as a bonus, it makes travel much more affordable. But when I was first traveling as a young adult, I felt the pressure that many of us feel, to pack in as many sights and cities as possible when you go someplace, because that somehow makes you feel like you’ve gained the most “points” from your trip. At the time, I felt that if I only stayed in one place, I would have been “missing an opportunity,” even though two weeks is nothing to really discover and get to know a major city.

Anyway, a friend and I went to France for two weeks, with two mini-trips for two days each planned while we were there to other European destinations. Because this girl was meeting her boyfriend, I decided to not go, and to eat the cost of the ticket (which was a lot to me at the time!), because I was really having fun in Paris and getting to know a group of friends whom I love and see when I can to this day. I know, looking back, that it was the right choice for me to stay, but I spent money on essentially nothing, because I felt that pressure to do as much as possible. I will never make that mistake again.

Long, embarrassing story short, on the above-mentioned trip, I met a dude at a friend’s concert, became obsessed with him on the dance floor, went on two dates with him where we held hands and kissed in front of a cafe (lol) and ~FeLL iN LoVe~, I went back to America, and we proceeded to Skype all the time until we decided that he needed to come out and visit me. He bought a ticket to come stay with me for nearly two weeks — and again, we had known each other for the span of one concert, and two long afternoons around the streets of Paris — and I was elated, buying many things in preparation for his upcoming visit to make my life seem as chic and comfortable as possible.

Cut to a month later when he’s actually at my place with my three bro-y roommates, and it’s clear by day 3 that we hate each other and have zero in common. We had to struggle out the rest of his vacation basically as roommates because I couldn’t throw him on the street, but we were clearly not a couple. This was one of the more idiotic choices of my life, especially considering how much money I spent on “showing him around my charming American life” when he visited me, and frankly, I’m embarrassed that so many of my friends at the time were there to witness it. Lesson: you better be DAMN sure you know someone and really, actually love them before you commit to something like that. Getting swept up in a ~foreign romance

~ is a great way to make terrible, terrible decisions.

Concerts I was never pumped about in the first place.

There was a good stretch of time in my youth when I was constantly getting swept up into tagging along to concerts that I had close to zero interest in, and I think that is honestly pretty universal. I think, if we’re trying, we can all point to a concert (or an entire festival, in more than one case for me) that we had no business at. But I don’t know, I was impressionable and dumb and liked wasting money, so I was present at quite a number of musical events that were objectively terrible. (I pretended to enjoy jam bands!!! Jam bands!!! The things we will do for male approval at age 19.) Anyway, in summary, concerts are only ~worth the experience~ unless you are actually, genuinely thrilled at the idea of going. Anything less leads to immediate regret.

Not going to get into detail on this one for obvious reasons, but we’ve all been to a good amount of them in our lives, and sometimes you get invited despite not being close at all to the couple, but you go because it feels like the right thing to do, and are then hundreds (or even thousands!) of dollars poorer at the end of the experience. I have learned now, I think, that there is no shame in sending a nice gift and a heartfelt card. Letting this weird combination of “wanting to be a romantic” and “not wanting them to be mad at you even though that would be a little irrational” trick you into spending money is something we all have to get over. Especially when we hit that five-year period where you’re invited to like five weddings a year, for seemingly no reason.

“Fancy nights out” for the sake of impressing someone.

Sometimes you have certain people in town, for example, and are suddenly overwhelmed with the need to go to “fancy” places and do “fancy” things that you would normally never do — a hip, overpriced cocktail bar, a super-impressive restaurant where the food isn’t even necessarily that good — because you want to impress them. You want to demonstrate how chic and fancy your life in this place, and show them a “good time,” which you weirdly start defining by hipness even though you never normally do.

This goes tenfold if the person in town is older/wealthy/perceived as cool, and even someone who lives there but you’re going out with the first time, if they are intimidating enough, can make you want to overspend. But at the end of the day, if you go out of your way to do something way beyond your levels of fanciness, you’re always going to regret it. And it will never be as good as your casual corner place with the awesome drink specials.

An internship that I essentially paid to do.

This one is a bit more complicated, because you could make the argument that it’s for “the greater good” sometimes to do these really exploitative (if impressive) internships. And you could also say that, because I didn’t end up in the industry this internship was in, I am not a good example of whether or not it was “worth it.” But I feel confident in saying that, when you’re faced with the opportunity of what feels like, to your inexperienced eyes, the most incredibly opportunity ever, you really need to consider that.

Any time you are operating at a loss to work for someone else, no matter how good or cool it feels to be able to tell people about your gig, you can almost guarantee it isn’t worth it. Looking back, there were other things I could have done that would have earned me money and given me a much more clear skill-sharpening experience, but I wanted to sound cool. I wanted to feel like I was taking a big step in the right career direction, even though I wasn’t. And during my fledgling time in DC, there were several other internships which, though they netted me a tiny bit of money, were total mistakes looking back. Essentially, when you’re desperate to start a “real” career path, you look at something as crazy as PAYING to WORK as an important life experience. And maybe I’m the exception, but I want a refund on that nonsense.