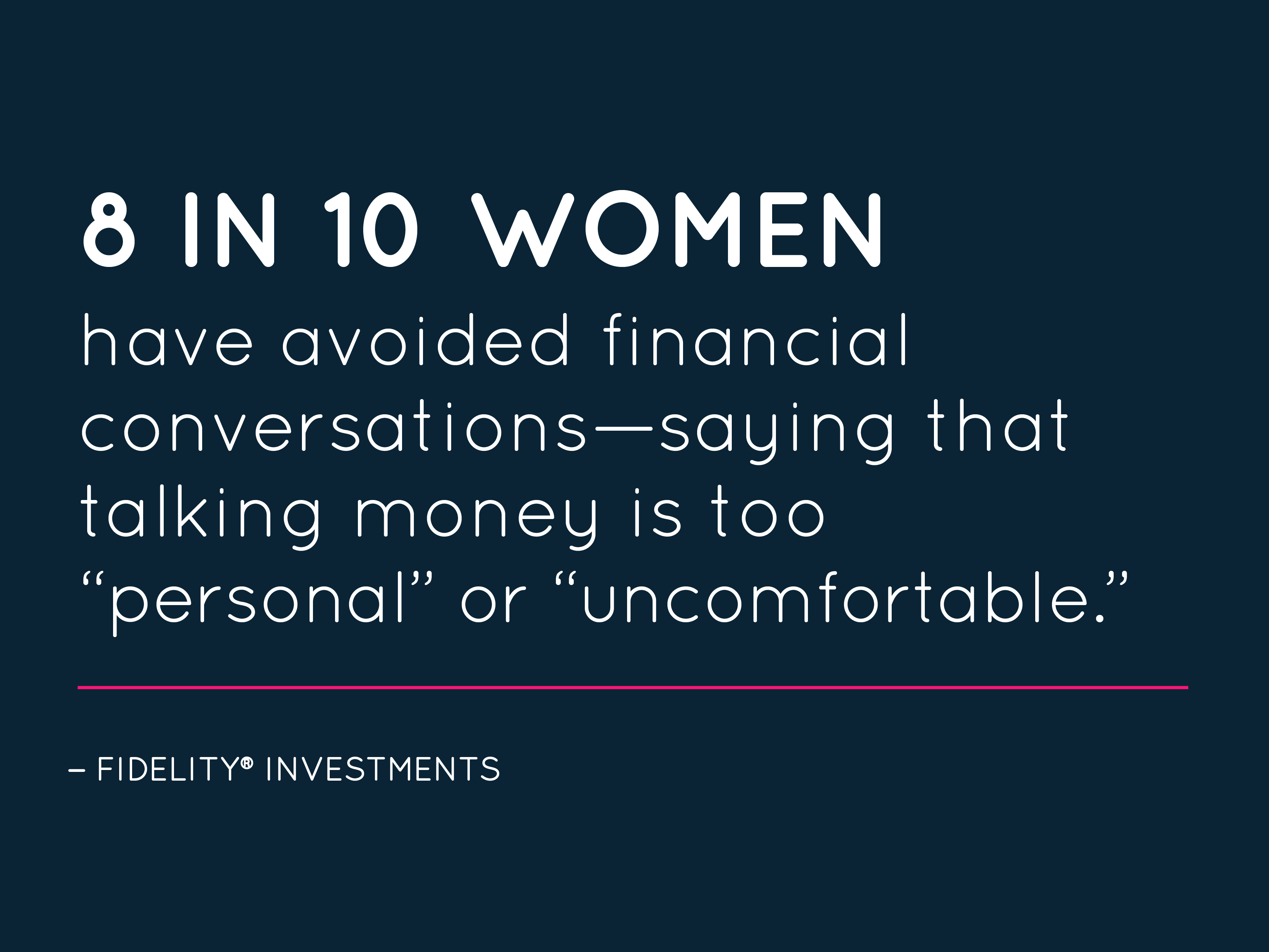 I know almost nothing about investing, except that it’s something I should be doing. And for a long time, I kind of avoided the topic altogether, because I was honestly afraid of embarrassing myself. Would I ask a completely stupid question that no one should ask? Would I reveal myself to be way outside of the bell curve of what “normal” is for my age? This kind of insecurity kept me in the dark about even the most basic things — I didn’t even know what a stock really was until recently — kept me in the dark for years. But I’m over that, and I want to get smart.

So I sat down with an expert on investments (and women in finance), Kristen Robinson of Fidelity, to ask her my most pressing questions. I haven’t become a venture capitalist overnight, but I’m that much more informed (and less terrified of sounding dumb), which is a great start.

What is, in your opinion, the biggest misconception that young professionals and post-grads have when it comes to investing?

The question is always “can you save” and “can you pay down debt” at the same time. Often, people think that it’s a linear process, and that you must pay down everything you owe before you can start saving, and it’s actually quite the opposite. I’m of the point of view that you can actually do both at the same time.

What would you tell a 20-something with significant student debt who is looking to invest?

It’s really a step-by-step process, in terms of priority in your monthly budget, consisting of about six steps. It’s outlined in detail here, but it’s basically this: the first thing that you should do is build an emergency fund, which is typically between three and six months of monthly bills. That is always the first thing that you should do, because you never know, right? You never know if something will happen, or your car will break down, or whatever it may be — you need to be prepared for that. The second thing that you need to do is to contribute up to your match on your 401k.

Now, what I mean by that is that many employers will contribute a percentage of your salary to your retirement account, and the way you should be looking at that is basically “free money.” Because if your employer is matching you up to three percent, you need to be putting away at least three percent, otherwise you’re losing money.

Step three, you need to pay off high-interest credit cards, which is pretty self-explanatory.

Step four is to pay off private student loans. These are the loans which often have a higher interest rate, and are typically higher than federal loans. So when you’re looking to pay down your debt, you really have to look at the percentages that you’re paying, and tackle those first.

Next, you need to go back and contribute even more to your 401k. We recommend anywhere between 10 to 15 percent, which may seem like a lot, but when you look at it, the longevity of this generation is going to continue to increase, particularly women, so we need to make sure that we’re well-positioned for our future. Really, our retirement is on us, and on our employers.

Finally, you should work on tackling on the low-interest rate loans. Things like your automobile are certainly going to be lower than your credit card debt, and your mortgage, if you own a home, would be lower. Those are the things that you tackle on the back end. Some government-issued student loans can even come with tax advantages, so paying only the minimum monthly payment on these types of loans — while you focus on other financial priorities listed above — may make the most sense. 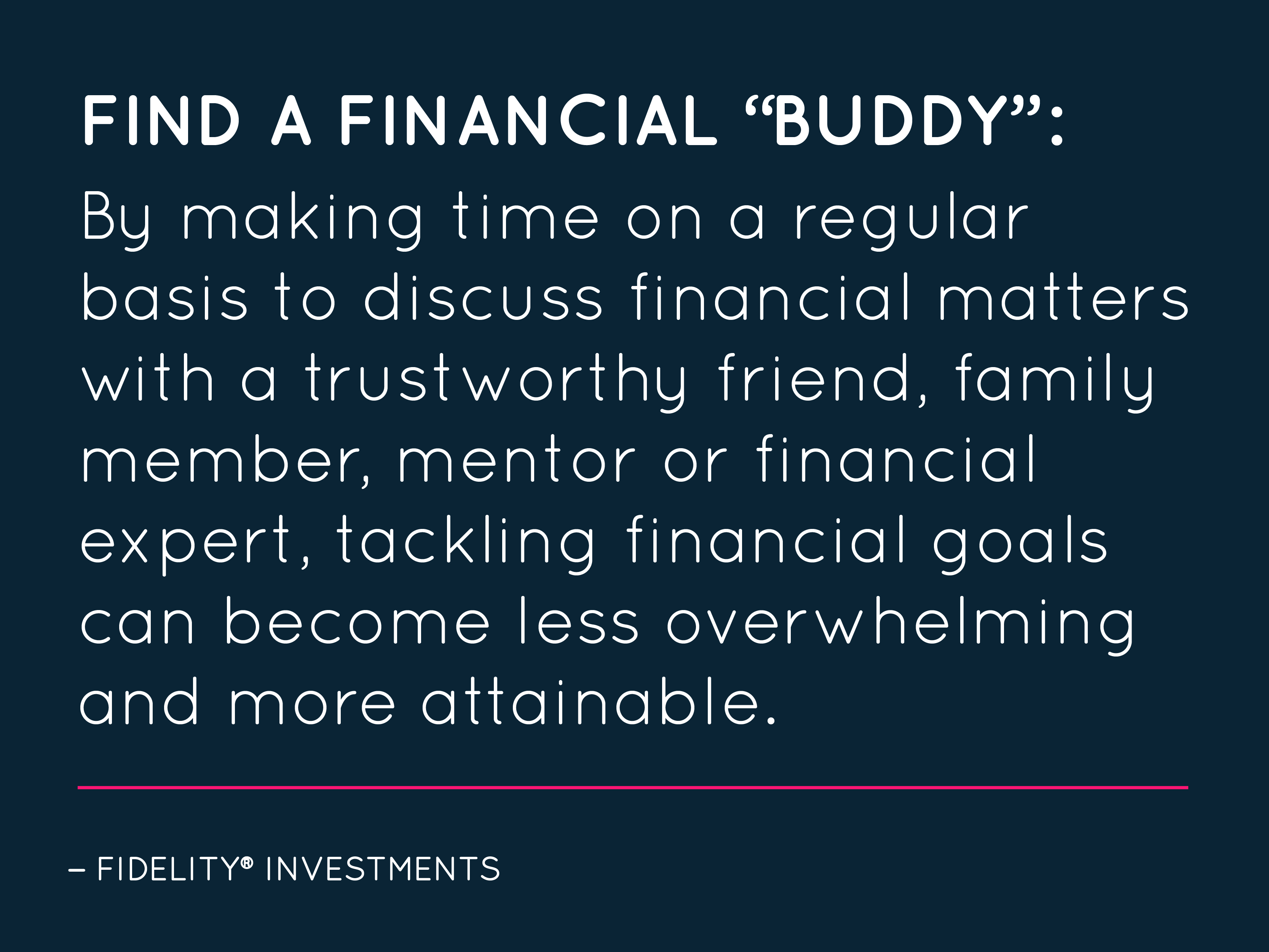 When you are talking to your girlfriends about money, how do you broach the topic? How did you do it the first time, and was it uncomfortable?

I’m trying to think about the first time I broached money, and I want to say that it certainly wasn’t early in my career, but I know that it’s uncomfortable. It’s always uncomfortable. I remember talking early on to one of my best friends from college, about 401k accounts and if we were contributing. And at that point in time, I did not really know what a 401k was, and she helped me understand it, and based on that discussion, I actually went and started saving for it.

So that was very instrumental, but I’ll tell you, even now, last month I was out to dinner with a group of friends, and they’re all professional women, and they’re all doing very well in their careers, and they asked me how work was going. I told them it was great and I was inspired, that it felt good to help women with the confidence gap when it comes to personal finance. And I looked around and said “I’m sure you guys are all good with this,” and it got a little uncomfortable. There was some nervous laughter, and I said, “I’m serious, I want to make sure before every time we meet — we meet four times a year — just go home and make sure you know what you have. Understand what accounts you have, what your current state is.” And this feels pretty approachable, to me. It’s not asking you to become an expert. And about a week later, I receive a text, and one of my friends said “I’m so glad you mentioned that, I did do it, and I found out that I had an old 401k sitting there from an old employer, and I never did anything with it. It was underperforming. It was just sitting there, and I’m really mad with myself.”

I think bringing this topic up with your girlfriends is so important, just understanding what you have, and what your budget is, basic things like what is coming in vs what is going out. It doesn’t have to be anything big, but every little step is a good step.

If there is someone in their early 20s who is really bad with organizing money — maybe has a checking account, but has never even had a savings account, what is the first thing they should do?

The first thing they should do is absolutely open up a separate account, because what this really does mentally is prepares someone to allocate and separate funds. It’s just something that you don’t touch or see — it’s called “savings” for a reason. If you’re saving for something, a home, a trip, whatever, you have it mentally put to the side. You have to make sure that your checking account is purely for spending, and that you have a totally separate mindset when it comes to budgeting and saving.

When you first invested, who did you ask for advice? What pushed you to do it?

I think I asked my coworkers for advice, initially. I actually didn’t ask my parents — which I know that the majority of millenials do, but I did not, because I wasn’t sure that they were the most qualified. That’s important to remember, actually, that they might not know much more than you. My mother was a first-grade teacher, which is obviously a very important career, but she had a pension, so it’s very different. And my father was in the military, and he had a pension, too, so it was incredibly different from what I had. So I went to them for a lot of other things, but this was something I had to seek out other mentors for.

I chose my colleagues because I didn’t know where to go, and I didn’t know how much was enough. So I sought out people who were older than me, who knew what was going on, and asked them what they did with their money. So I brought up the topic, and kind of explored from there, and eventually called up an advisor once I felt confident enough and actually started investing.

For a person who is looking to understand the basics of investment — what a 401k is, an IRA vs a Roth IRA, etc, and how to get them, is there a particular resource that you recommend, that you found useful yourself?

There’s so much information out there, and this is how I explain it to women in particular, who tend to be less confident about educating themselves: First of all, your workplace likely has seminars with financial professionals who come in to talk to the employees. What we found is that 80 percent of millenials do not take advantage of workplace financial guidance like this, even though it is free and readily available. And this is free guidance, free resources, that you can just take right away — look for them, you may not even know they are there.

Also, seek out resources online, things like My Money, which really lay out the basics of the investing world for you. Women have so much opportunity — they are now getting more degrees, and opening more businesses — but they still feel a confidence gap that really shows when it comes to finance. But it’s something you have to take upon yourself to educate yourself about, as though it were a course you were pursuing in school. Regardless of what kind of learner you are — in person, through reading, visually — there are tons of resources out there. Look around, and you will find something that caters to your style of learning. 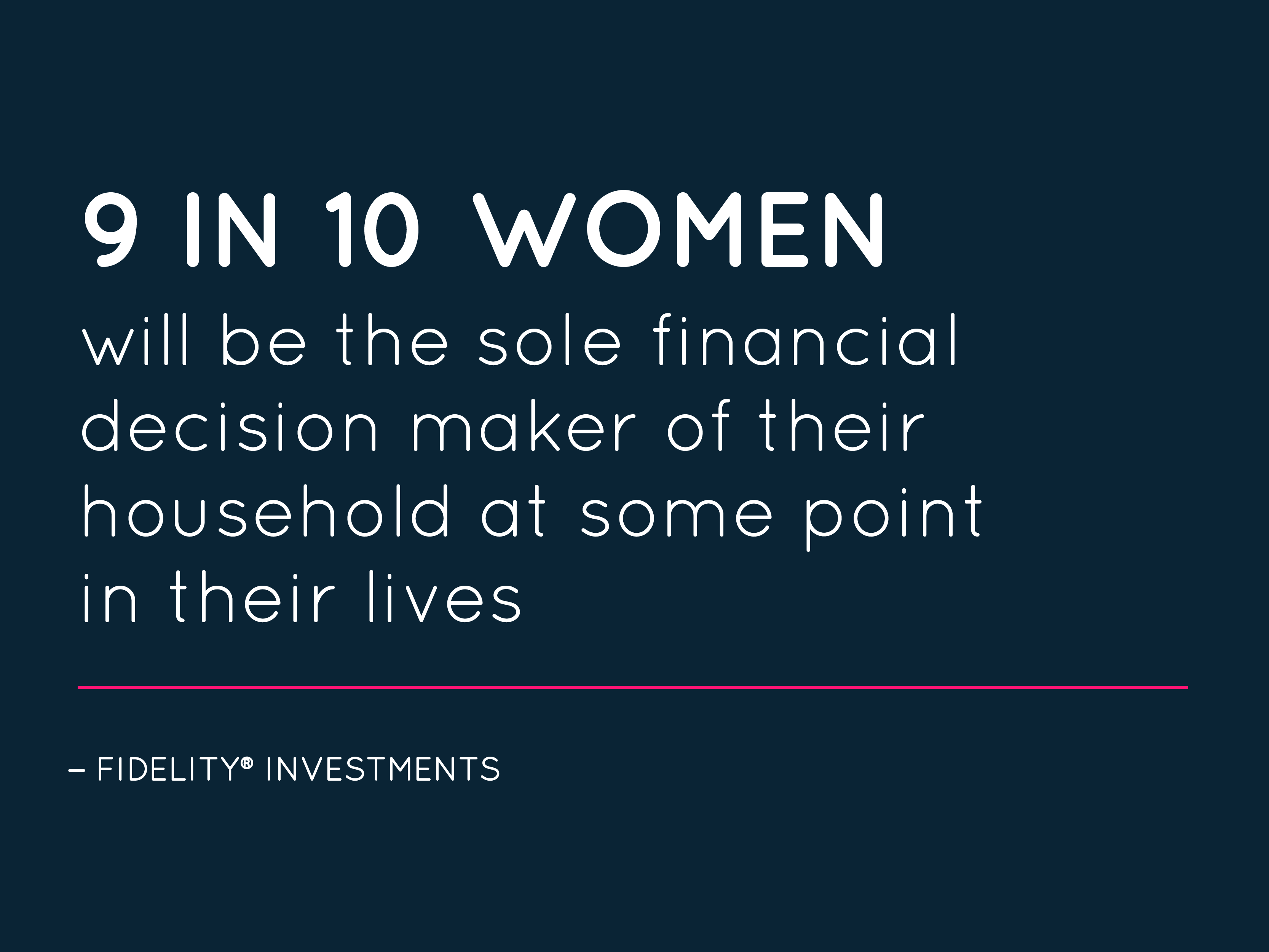