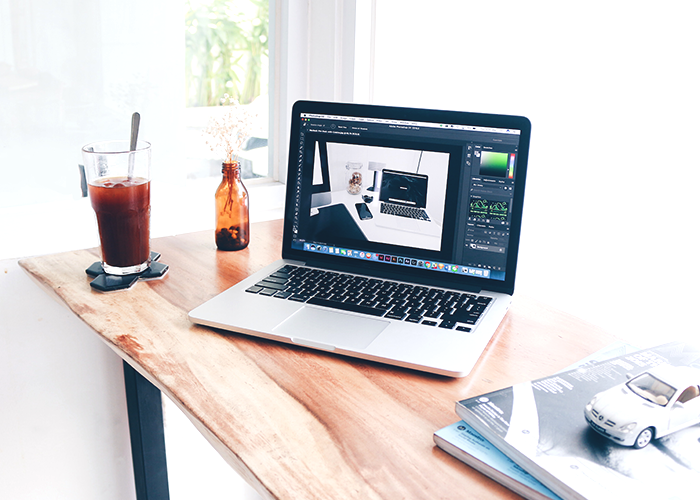 A few weeks before my graduation, in a car piled full of Communication majors (like myself), we began discussing what we thought our first grown-up salaries were going to look like.

I knew my situation would be a little different. My full-time income is made up of a few different jobs, so I know roughly how much I make in a year, but I don’t have a “salary” to speak about — so I mostly kept quiet and listened.

One of them mentioned that he was offered a job with a salary of $28,000 with dental insurance only and a one-week paid vacation. Everyone’s eyes widened. To a bunch of kids just creeping towards their commencement ceremony, this seemed like the biggest amount of money ever.

I guess for me, I was shocked. I’m not saying I make an outrageous amount of money, but I think due to the fact that I’m a part of TFD and think, talk, and write about money every day, I know that $28,000 — especially in Fairfield County, Connecticut — is pretty low. I wondered to myself if my classmate was getting ripped off — I wasn’t sure if he was so excited to be offered a job that he just took it with no research or negotiation, or if that was genuinely a salary that made sense, and the company employing him was actually being generous offering him that amount.

I’m not sure. I have a lot to learn about jobs and salaries still — I find myself Googling things like “Salary for ____ job” because I’m curious about the degrees that make you qualified for certain jobs, and the jobs that earn you certain amounts of money. To be honest, I’m not even sure I know what a “good salary” is.

According to the internet, the median household income in CT for 2015 was $71,346, compared to $55,775 in the entire U.S. I’m not sure if these stats look much different now in 2k17, but I imagine they’re at least similar. It got me feeling curious.

We talk a lot on TFD about being transparent about money, but the weird thing is, even when people open up about struggles, careers, debt, methods of saving, and crazy money-stories, the thing I see almost no one talk about is their salary. And I totally get why.

If I had a good grasp on my own salary, I think I would be comfortable sharing it — in fact, I think the only reason I don’t share it is because my income is so different from month-to-month depending on what to do. What I can say is, I definitely somehow budget and earn enough to live every month, I’m diligent about saving just in case I have a month where I earn a bit less, and my annual take-home pay has never been over $30,000.

I decided to ask six people (from six different programs of study) what their entry-level salaries are looking like, because to be honest, I need something to compare to, and I want to know the experience of real people — not statistics. I assured everyone that their identity will be kept anonymous, and they started sharing. I asked six post-grads what their fresh-out-of-college, entry-level salary is. This is what they had to say.

1. “I got a degree in Anthropology, but you find that there’s just not a lot of work to do with such a degree. I got an entry-level job that is slightly related to what I’d like to do, and I earn roughly $31,000. It is a tiny bit over that, but I’ll round down, especially because it feels like way way way less after taxes and student loan payments. Lol.” — Nick

2. “I studied human resources, and mine is $38,000. It is an entry-level HR admin job so I don’t feel like that is terrible for starting in HR. I will get a review after six months and I can only hope it will go up at least a little bit. I think I’d be comfortable with anything over $40,000 but apparently my four-year honors bachelor’s degree isn’t worth that extravagant amount of money yet!” — Shelby

4. “This is unfortunate, but it is truly because of the field I’m going into — I want to go into television production in some way, but this is just a field where you have to pay your dues. I don’t have a real ‘job’ or ‘salary’ because I actually just have an internship, and I’m lucky it is a paid internship because so many people are trying so hard to get a foot in the door that they’ll work for free post-grad and like, wait tables at night to afford their expensive city apartments so they can be close to their unpaid internships where all the action is. What I get paid breaks down to about $12/hour, and I work a 35hr/week schedule, so not much money — but definitely enough for now while I work towards something bigger.” — Juliana

5. “I went to school for early childhood education, and I decided not to get a ~real job~ (lol) right away, but continued nannying for $18/hour, 40 hours per week. My position requires me to have a college degree, so I do feel like I’m making use of my degree even though I’m not becoming a teacher or anything like that at the moment. And I feel like I’m making decent money. I’m actually making more than all of my friends who took office jobs right out of college. I know there is opportunity for growth and advancement in those types of jobs usually, so even though I’m the one earning the most now, there’s a low chance of me earning much more than this at this particular job.” — Anna

6. “I did a five-year program to get my master’s in social work and I make around $46,000. It feels like very little considering there is a more advanced degree that I worked for, but I guess it is okay because to be honest, people don’t go into social work for the money. But I have a lot of friends with bachelor’s degrees making as much as or more than me and I’m like damn. But it is fine — different jobs just earn different money.” — Kim