6 Signs Your Friend Is Holding You Back From Thriving 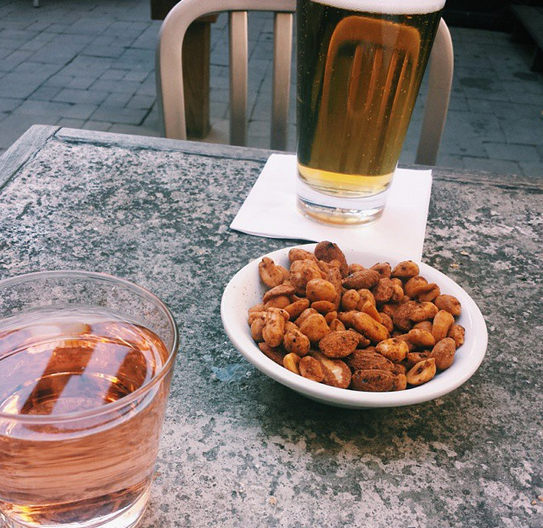 When you decide that professional or financial improvement is your new mission in life, for any period of time, you are bound to encounter what is colloquially referred to as a Hater. Yes, that term/concept is incredibly overused to the point of total silliness, but it’s not without merit. It’s not for no reason that celebrities love to discuss the fabled Hater — they’re not an imaginary creature that rappers invent to make themselves sound like an underdog who has overcome. They are very, very real. They adhere to the crabs in a bucket mentality, wanting to make sure that no one exceeds their predetermined level of appropriate success, following you around with doubt and naysaying and general discouragement, often in a passive-aggressive package that is just grey enough to not be able to call out. They make off-color comments here and there, snark about something you achieved, or generally provide a little raincloud to sprinkle down on your happiness.

They tend to come out of the woodwork when we focus on our professional or financial success because a) those things tend to bring out a lot of weird emotions in people, and b) it creates an inherent level of competition. It’s easy to measure another dollar, another promotion, a bigger office. It’s not a nebulous concept of fulfillment and improvement, it’s very concrete and real. And we also tend to feel that self-improvement of the material or career variety is somehow less noble than things like love, friendship, or passion projects. Even if the goal is to buckle down and pay off a debt quickly, for example, people will tend to take issue with it more than they would a non-money-related goal. It’s the crab in a bucket, wanting to make sure no one gets too high before being taken down. And if we’re honest with ourselves, it’s likely that we’ve all been that crab at least once.

It’s easy to feel implicated by one another’s life choices — all of them, honestly, but especially ones that call into question value systems, like deciding you’re going to focus on your career for a certain time at the expense of other things. And no one can be more immediately implicated than the people who surround us: our friends. It’s a terrible thing to realize that your friend is not truly happy or supportive of what you’re doing, that they, on some level, want you to fail, to come back to their level or value system. A friend can be a Hater (lol), and it’s important to identify them, so that you can either have a serious talk about how the neg behavior cannot continue, or start to phase them out entirely. Cutting out the dead weight is hugely important to self-improvement, especially when it’s the kind that will take hundreds of hours of hard work and sacrifice, like wanting to take your career to a new or higher level, or repairing your finances.

Here’s how to know someone is a weight that needs to be cut.

1. They constantly question your desire to do something, without accepting an answer. If someone wants to know why you are making a career change, or adjusting your spending habits, or trying to buy a house, that’s awesome. They are often just genuinely curious, and asking about your thought process is not automatically a sign of skepticism or judgment. In fact, that person might be thinking of making a similar move, and wants to get more inspiration or ideas for how to go about it. But if a friend is repeatedly asking you to explain your choices, and arguing your reasoning instead of just being happy for the positive choices you’re making for yourself, they’re probably not just benignly curious.

2. They make it hard for you to make positive changes. If you are trying to save money because you are actively working towards a financial goal — whether that’s simply to save, to buy something, or to pay down debt — you need the support of your friends to make that a possibility. Swapping expensive dinners out for intimate ones at home, cutting down on bar trips, putting a stop to shopping, and generally living more frugally are only possible if everyone is willing to understand and help those choices. If a friend is constantly undermining your ability to make positive changes, either making you feel badly for doing so or preventing you from making them when you’re together — i.e. insisting on nights out, or ordering an extra bottle — they probably don’t want you to reach your goal at all.

3. Their concern isn’t for your own well-being. Sometimes, whether we like it or not, we make decisions that are not feasible for us. We can be blinded by wanting something so badly that we make huge life changes that we are simply not prepared for. We might be wanting to spend a ton of money we don’t have on something, or take out a bunch more loans for a grad school program, or be in love with a property above our price range. And in those cases, it’s up to our friends to really step in and say something, because no one else will be honest with us, that we are being foolish.

I’ve told people that the loans they were looking down for an MFA was a terrible idea, because I know — especially being a professional writer — that that 100k for two years would be a huge regret for them down the road, and likely would not lead to much professional success. I’ve discouraged people from making abrupt career moves they weren’t yet prepared for, and I’ve had friends do the same for me. It’s a huge privilege to have friends who will also serve as trusted and neutral advisers. But if you can see that someone’s concern is not stemming from your own well-being, but rather their own vision for your life, you need to separate that out from the genuine concern.

4. They consider your choices to be an indictment of theirs. No one’s personal choices have anything to do with anyone else, and choosing to focus on career, for example, is not a way of saying that someone who is getting married and having kids in their 20s is “doing it wrong.” The honest truth is that, most times, people don’t care about what other people are doing, and the last thing they consider when they make a huge life choice is “how will it make someone else look for not making the same choice.” If a friend is constantly taking your life path as an affront to theirs, or some kind of personal statement that you don’t agree with their choices, it’s probably a pretty unhealthy relationship. The foundation of any relationship, friend or otherwise, has to be a mutual confidence in what they are doing so they can have a mutual respect for one another’s dreams.

5. They cannot admit the root of their feelings. Nine times out of ten, this “taking your choice as an indictment of mine,” or finding fault in every happy moment of someone else’s success, comes from some feeling of insecurity. It may not be jealousy — often we don’t even want the thing that someone else has, but feel that it is somehow a threat to what we have ourselves — but it is insecurity. It’s uncertainty in our own path, and everyone experiences it. I have had several conversations with women I respect and, to some degree, feel threatened by in my field, where I told them honestly “I used to feel so bitter towards you because I feel like you do what I want better than I do.” And I’ve been on the receiving end of that conversation, as well. And it’s a huge, powerful place of growth to be able to say that we feel envious or insecure in the face of someone else’s achievements, instead of allowing it to fester and manifest as passive-aggression or negativity. If someone cannot be true about those feelings, and nip them in the bud, they’re bound to come out in the wrong way. And if you can be honest about those feelings, you can transform it into something really cool, which brings me to my next point.

6. They think of you as competition, instead of inspiration. My most treasured friends are the ones with whom I feel a constant fire under my ass of inspiration and motivation. We keep one another moving and climbing, and use one another’s success as inspiration. And a good friend is able to take that impressive dedication or achievement and put it to use in their own life, to take ideas for how to work smarter or be more organized towards their goals. Someone who is not a good friend, however, will see it as competition, and see every slice of the pie you’ve taken as one less slice for themselves.

They will view everything — accolades, money, progress, success — as part of some finite pile that they now have less of. This is the most dangerous and insidious view of all, particularly when we expand the definition of “success” to include personal fulfillment and things like work/life balance or creative freedom. There is not a limited amount of everyone’s varying definition of happiness, and playing alongside one another and helping each other is an easy way to expand that potential pot of happiness. Everyone should want to reach the finish line — however you define it — hand in hand, having supported each other along the way. If you are racing your friends to some intangible trophy, you’re all bound to lose.