6 Spending Triggers And How To Avoid Them 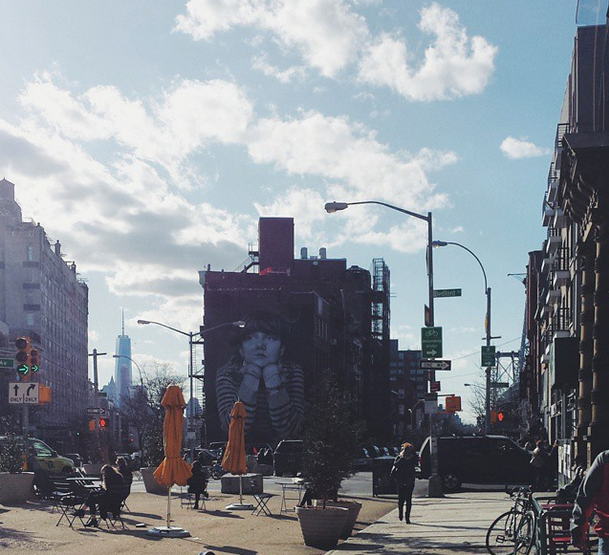 Like many people who battle impulse purchases, there are certain situations/moments that really cause me to justify spending in a way I wouldn’t otherwise. They’re not always actual physical things, and are sometimes just “certain times of day or states of mind,” but all of them can be actively combated if I plan ahead and put my mind to it.

Personally, I’ve identified six big triggers for bad spending decisions, and come up with some solutions that have really worked for me:

1. Organize your shopping into one long day with a lot of walking.

I have found that when I do my shopping sporadically — or plan on only going to one store — I tend to want to “maximize” my time within the store or on that particular jaunt. However, if I dedicate one day to be my “shopping” day, where I’m clocking tons of walking time and have planned to hit at least a whole neighborhood of stores, I’ll be much more likely to hold off on buying something until I’ve seen everything that needs to be seen. Occasionally I’ll even come back later in the day once I’ve really decided that it’s worth the money, which is something I’d never do if I just happen to stop by a store. And besides, having a full “shopping day” with a lunch or dinner involved is an awesome way to spend a weekend afternoon, and it’s cardio! You can easily walk 20,000 steps in a full day of shopping in a city.

2. Be clear up front that you’re not drinking and eating lightly at a restaurant.

When I go out with friends, it’s really easy to get into the calorie-and-dollar quicksand mentality of “oh, well I’m out anyway, might as well get ___.” It could be a few glasses of wine, it could be an appetizer, it could be any number of things. But the point is that once I’m already in that restaurant, it’s really hard to stop the moving train. To avoid this, I try to be upfront with friends that “I’m eating really light,” or “not drinking” that evening, so that they have the chance to back out if they want a big night out, and aren’t surprised when I order a simple salad and water with lemon.

3. Make Sunday your meal prep day, and make it an indulgent routine.

Weekday food trips (particularly when I was working out of an office) are a particularly dangerous thing for me, whether it’s a breakfast I pick up on the way in, a lunch out “to get out of the office and move around,” or an afternoon coffee (and pastry) run. To combat this, I would do two things: Have my Sunday night routine where I would prep foods that could be brought in, from baggies of almonds and blueberries to actual, full lunches. I turned on a reality show, made myself some tea with honey and milk, and just zoned out while I prepped everything for at least several meals.

And on top of that, it really helps to have a work buddy (or group!) who wants to a) get out of the office and b) save some money/eat better. Plan lunches on a bench or in a park, trade brought-in lunches or snacks like you’re in school (it’s fun!), or even just remind each other that the coffee-run impulse is a bad one, and that you should be bringing in spare coffee for later in the afternoon. Make it a team effort, and prepare for it on Sunday night!

4. Plan ahead for picnics-as-brunch-replacement in warm weather.

Eating outdoors is not just something to do with coworkers on your lunchbreak. Redefining the hallowed brunch ritual to include a BYOEverthing meal in a park or by the water is an awesome thing, too. I used to have near-weekly weekend brunch-picnics with friends that lasted all afternoon long, where everyone brought MAYBE 10 bucks worth of a food or drink and we feasted like kings. I miss it dearly, and plan to reinstate it this summer — if only to save me from crippling brunch expenses.

5. Preemptively plan activities for days like Wendesday and Thursday after work.

Avoiding hump day and ~Thirsty Thursday~ after-work happy hours is of the essence. Use places like Meetup or local clubs to combat this by replacing your usual “meh, let’s get drinks” moment with something productive, cheap, and non-alcoholic.

6. Adjust your walking routes to avoid places you KNOW you always stop into.

One thing I had to stop doing recently was taking the street down to the river that was lined with expensive-but-wonderful stores. Yes, it means going an extra few blocks out of my way, but it also means not having to be filled with the desire to buy shit I don’t need when I’m just trying to go sit on a park bench with my dog. Avoiding the visual cues that you know are going to lead to spending are one of the things we have to adapt to quickly if we are going to make any real progress. We all have our temptations that we need to avoid for a variety of reasons, and if a street with Anthropologie on it is one of yours, that’s just something you need to own.