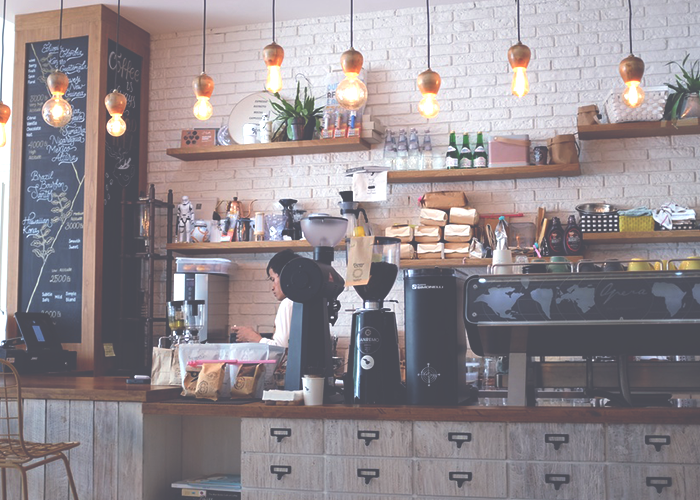 We’ve all heard of the ~latte factor~, or the notion that if we just quit drinking our fancy coffee and suffered through stale office coffee instead, we’d be well on our way to funding our savings goals and building that emergency fund. I think we all have, at some point or another, rolled our eyes at the notion that simply cutting coffee out of our budget would solve our problems; it may be one of the steps we take, but what kind of impact would it really have? I decided to find out.

I would classify myself as a moderate coffee purchaser. I love coffee, and I live in Portland where good coffee is taken very seriously. Still, as a budget-conscious millennial who spent several months unemployed last year, I did my best to choke down the office coffee or brew it at home whenever possible. After adding up my Starbucks, Dunkin Donuts, and local artisanal coffee purchases for all of 2015, I learned that I spent $410 on coffee in those 12 months. That’s about $8 — or two coffee purchases — per week, on average.

That seems fairly reasonable to me, but let’s explore some other scenarios. What would have happened if I had taken that $410 and allocated it differently at the beginning of the year? Instead of funding my caffeine addiction, here are six things I could have done with my $410:

4. Tracked the market with an index fund. Index funds are portfolios designed to match the performance of a market index, such as the Standard & Poor’s 500 index. Index funds can either be mutual funds, or ETFs. ETFs, or exchange-traded funds, are funds that are traded on stock exchanges just like individual company stocks. Index funds can provide broad market exposure, low operating expenses and low portfolio turnover, insulating you from some of the volatility in the market and saving you money with lower fees. I’m a big fan of index funds and ETFs, and Vanguard’s S&P 500 tracking ETF (VOO) is currently highly rated. If I had bought $410 of VOO at the beginning of 2015, I would have ended the year with $415.42, a 1.32% return on the year.

5. Bought a ticket to my best friend’s bachelorette party. I’m a bridesmaid in a wedding this April, and the bachelorette party is next weekend in New Orleans. Though cross-country plane tickets are never cheap, my 2015 coffee spending would have easily covered the $323 round-trip flight, with plenty leftover for some adult beverages on Bourbon Street.

6. Contributed to my employer-sponsored 401k plan. My previous company matched my 401k contributions at 50 cents on the dollar, for up to 3% of my salary. In order to “max out” my employer’s contribution, I needed to contribute a minimum of 6% of my annual salary. They would add their 3% on top of that, and I would end up with an annual 401k contribution of 9% of my salary. By contributing my $410 coffee spending to my 401k instead, I would automatically see a 50% return with my employer’s $205 match. That money would then have been invested for me in a Vanguard Target Retirement Fund (in my case, it was the 2050 fund), which ended the year slightly lower than it began. This means my $410 would have become $615, which then would have become $606.06 at the end of the year. My return would have been $196.06, or 31.88% at the end of the year.

My last option is the most obvious: I could have spent my $410 coffee budget on coffee, which is exactly what I did in 2015. While it’s important to put my coffee expense in perspective, I also think there is inherent value in occasionally spending money on the things that bring us joy. I love coffee in the morning, and some days I’m willing to drink free office coffee, but other days I want to treat myself to something small and delicious. Maybe coffee isn’t your thing, but spending extra money to care for a pet or learn to play an instrument is important to you. It’s necessary to acknowledge what is a “need” and what is a “want,” and then responsibly make room for our “wants” in our budget by lowering costs in areas that aren’t as important to us. I incorporated my affinity for coffee into my budget every month and didn’t allow it to detract from other goals I had. In 2015, I contributed to my 401k, put money in a Roth IRA, saved for my best friend’s wedding expenses, invested in some index funds, fattened up my emergency fund, and also spent $410 on coffee. While I am glad I went through this exercise and discovered that I could’ve funded my round-trip ticket to my friend’s bachelorette, or done very well investing in Netflix, I’m also proud that I budgeted well enough to not allow my coffee expense to hinder any other part of my financial life.