6 Things I Learned When I Dropped Out Of College 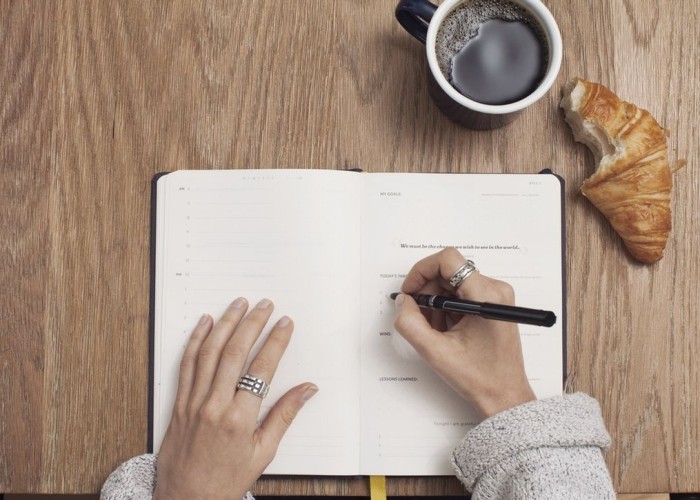 I come from a middle-class suburb where going to college is just what people do. That’s especially true if you’re a nearly-straight-A honors student, much like myself, who practically ran the high school’s art department for two years. I never gave it a second thought. I’d known I wanted to be a professional illustrator since I was about 12, and I always knew I’d go to art school.

I attended a large private arts college in the city and commuted from home, operating on the “you get out of it what you put into it” philosophy. I tried to attack everything with enthusiasm and curiosity. And I loved it — for a while. Cut to a year and a half in: I was worn out and discouraged. The two-hour commute was exhausting, and made it difficult to maintain friendships. I’d only had a small handful of classes that made me excited to be there. The rest were either marginally interesting, but not terribly useful, or so self-directed I wondered why I’d trekked all the way there. My department was in the middle of an overhaul, and while the vision looked promising, it would be another year or so before I’d see the benefits. Not to mention I was paying thousands of dollars each semester.

So with the encouragement of my parents — who have both been successful in creative fields and thought there was a better modus operandi than “I’ll just keep my head down and get through this” — I pulled out at the end of my second year.

The plan was for me to start classes the following fall via a few very specialized online programs, taught by industry professionals at the top of their game. Instead, I’ve unintentionally taken a gap year. The thought of jumping right back into any kind of structured education has, for a long while, given me that kind of panicky, claustrophobic feeling you get when you run into an old friend-turned-enemy. I was left very disillusioned with the educational system. I realized that I only cared about my grades because that’s what people like me (read: smart and well-behaved) are “supposed to do.” I hated feeling like I’d been funneled into this path where “high-intensity student” was the most important part of my identity.

It’s coming up on a year since I left school. I’m still not sure what I’m doing, which is terrifying for someone who knew exactly what they were doing two years ago. Those online courses are still a viable option. Recently, I’ve also started to consider a two-year community college program.

I’ve been spending my time expanding my network, adding to my portfolio, and getting my name out. These are all good things, which I’m assured of by professionals more advanced than myself. While I’ve been starting to make a little money as a freelancer, I’ve begun searching for a more reliable day job. All of this has me thinking about “success” — what it means, and how to get there. Here’s what I’ve come up with:

Success doesn’t mean what you think it means.

When people say “successful artist,” usually what they mean is “a person who makes their living making art, and may or may not be known by name to a large number of people.” A fine goal, sure, but as Hank Green points out, success is really just achieving and doing all of the things you want to achieve and do. And yes, some of this is monetary. Owning a house and contributing financially to my family are both on the list of things I would like to do. But so is getting married, and hosting dinner parties, and consistently keeping in touch with friends. When it comes to career success, I try to break my goals down into “Things That Are Actually Super Important” and “Things That Would Be Cool If They Happened.” Making work that has meaningful personal and social application goes in the first column. Working with certain people and being published in certain places goes in the second. “Being a success” is really a moving target, because my list of goals is ever-evolving, and some things, by their nature, stay on the list indefinitely.

Taking an unconventional path is NOT synonymous with failure.

“College dropout” has become cultural shorthand for a lazy, dispassionate, hot mess of a person. TV shows employ it as a comedic device, or as quick and dirty character development when the writers want you to know that this person really doesn’t have their shit together. “Dropout” hangs in the air like a curse where I’m from. Maybe I watch too much TV, but I’ve let this get to me. Badly. It’s hilarious, in a painful sort of way, considering I used to think that people who went to trade schools or certification programs for things like welding and cosmetology did so only because they lacked the gusto or the brains to survive a four-year university. (Hopefully this goes without saying, but I’d really like to go back in time and slap myself for ever thinking that). There are a million reasons why people decide to not finish college, or to not go to college at all. It doesn’t indicate a lack of intelligence, work ethic, or passion.

Other people’s successes do not diminish your own.

I was recently talking to a good friend of mine who is getting ready to graduate college in a few months. While she was detailing the beginnings of her job search, panic was rising in my gut. Here she is, about to start her Actual Adult Life. And I’m over here, having near-meltdown career crises on a semi-regular basis after having dropped out of school. Art school, no less. The moment passed, and after my lizard-brain calmed down, I remembered that only the week before, I participated in a big-deal industry convention, something my 12-year-old self dreamt about. Also, I have an internship. It’s not the kind that leads directly to a job, but I’m working alongside wildly successful people. Being their intern bolsters my credibility, and they must have seen something in me, since they offered me the position when I’d only come in looking for some advice. It’s too easy to be blind to our own achievements, and build up others’ into great shining monuments of prosperity.

Here is the part where I point out that I do think education is extremely important, both to individuals and communities. As much as I hated most of public high school, there are definitely parts of the experience I’m now grateful for. Formal education helps develop work ethic and social skills. It can give us a place to belong, and expose us to different points of view. Understanding our history is key to navigating current events, and having enough scientific knowledge to know that global climate change is, in fact, real is important to all of us. Education comes from institutional enrollment, yes, but also from being engaged with the world. It can come from paying attention to the news (the actual news, not inflammatory, gossipy nonsense), listening to podcasts, visiting museums, attending workshops, watching informative online videos, reading all kinds of things, and surrounding yourself with people you can learn from.

Sometimes you have to create your own milestone celebrations.

Sometimes I get a little sad that, provided I don’t go back to school, I won’t get all the graduation festivities. While everyone else gets a grand send-off into Actual Adulthood, I’ve just sort of… fizzled. This particular milestone is especially loaded, given the anxiety I share with my peers about becoming an Actual Adult. But these celebrations aren’t what make you an adult. The only other times people celebrate like that are when you get married and when you have a baby. But what about when you get a raise, or finally land a coveted position? Or when you finish a big project, or muster enough courage to leave your soul-crushing job? There will be no stage to walk across, no crying mothers who forgot to turn off their camera’s flash. So make a habit of celebrating these milestones with dinner and drinks, or cake and a party, and help other’s celebrate theirs.

You are worth more than your accomplishments.

I won’t say that accomplishments are unimportant, because having ambitions is healthy. But when you hit a wall, remember that the people who love you care much more about your passion, humor, empathy, and courage than a framed piece of paper or a job title.

Olivia is an illustrator and designer hailing from the midwest. She loves feminism, food, and playing with other peoples’ dogs. You can find her work on Tumblr and Instagram.