6 Thoughts About TFD, Money, And Life On My 1-Year Anniversary 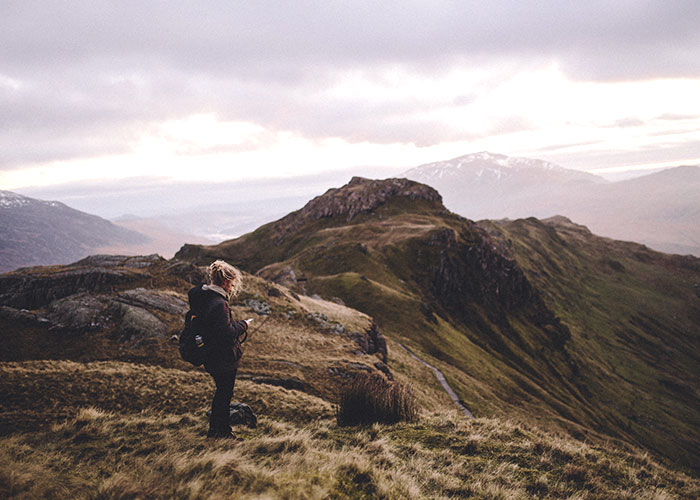 I officially have been working with TFD for a year. I started as “Summer Media Fellow” on June 1st of last year, after contributing just a few articles earlier in the year and subsequently applying for the open internship position. I could not be happier with how I’ve spent this past year, and I’ll continue to say that being a part of the TFD team is one of the greatest things I’ve ever done with my life.

I was a much different person in my pre-TFD days, and being a part of this amazing thing has helped me grow in so many ways. With that, I’ve written down a few special thoughts that I have about my beloved TFD on my one-year anniversary of being a part of it.

1. TFD is easily and undoubtedly one of the most welcoming communities on the internet. As a 19-year-old with no writing experience, and very little life experience, I still felt so welcomed, respected, and for the first time in my life, like my voice was being heard — even when I had just contributed my very first article. I think it is amazing to have an online community that talks about such important topics without excluding any voices. It is important that even the voices of the confused, financially-challenged 19-year-olds get heard sometimes, even on topics as big and serious as personal finance, and I’m grateful that TFD gave me that opportunity.

2. Until I got that internship, I had never really had something that I felt truly passionate about. I never had a “thing” that felt like “my thing” and made me feel strong, secure, creative, and productive on a daily basis. I had recently gotten out of a relationship that was, admittedly, immature and destructive for both parties. He cared about a ton of things, and I only cared about him. I left that relationship wondering if I was even my own person, or if the only thing I was capable of doing was caring about someone else and supporting their dreams. Finding a dream that was just for me — something for me to feel good about every day — has changed me entirely as a person. I cannot thank TFD enough for that.

3. This team of women is the greatest group of people I’ve ever had the pleasure of working with. Individually, they are all incredible human beings. Together, they seem unstoppable. It is brilliant how each of us can get so much done and feel so closely connected even when we’re sitting at home on our own computers, stretching all the way from a sleepy Connecticut suburb, to New York freaking City, to all the way in Seattle, Washington where Annie somehow magically kicks ass without even being in the same time-zone as the rest of us. I’m lucky every day to work with such a powerful team of women, who have not only made me a better thinker and a better writer, but a better person.

4. Writing and blogging are really fun things to do, but what I love most about TFD is that it has such a clear and important message. So many young women (in addition to all people in general) aren’t as financially educated as they could be. So many young women — like myself a little over a year ago — are sitting in their apartments hyperventilating about how they’re going to make rent next month, let alone pay off their student debt. So many young women know they’re worth more, and are apprehensive about negotiating a raise because they’ve simply been taught not to talk about money. I think TFD is tackling these topics and these issues with such grace and dignity, and reaching so many people who otherwise wouldn’t have began learning about personal finance or taking steps to build themselves a secure financial future.

5. Although talking about money is important and necessary, it can be really freaking hard. Sometimes, the fact that I’m thinking and writing about money so often overwhelms me. Thinking constantly about money — how I’m using it, what I’m spending it on, how I’m saving it, how I’m earning it, etc — can be maddening. It is important to remind myself often that while it is important, and absolutely something I should be aware of and mindful of, it shouldn’t consume my every thought. Being financially literate and financially comfortable are things I care a great deal about, but they’re not the only important things. Balance is key here, like at any other job.

6. I am so grateful. Beyond grateful. For the early college boyfriend who sent one of Chelsea’s old Thought Catalog articles to me because he thought I’d find it funny. For following her career up until the launch of TFD, and watching it blossom in its first year. For Maya receiving my article submissions over a year ago and deeming them worthy of publishing. For Chelsea posting about the Media Fellow internship, and selecting my application from the bunch. For the jittery phone interview I had with Chelsea and Lauren while pacing around the TJ Maxx parking lot early last May. For the phone call I had with Annie before I got the job, where she asked me what other blogs I read and I said “none” because I was so panicked and nervous that I couldn’t think straight. For the first time I met the team in person — and the first time I ever navigated NYC by myself to get to them. For Holly for eventually being brought to the team and making it that much more amazing.

My year with TFD has been my favorite year so far, and I’m so eternally grateful for everything and everyone that got me here. Here’s to the TFD squad — thank you for letting me be a part of you!