Click here to join The Society at TFD!
College

6 Ways I Was Smarter With Money As A Broke Student 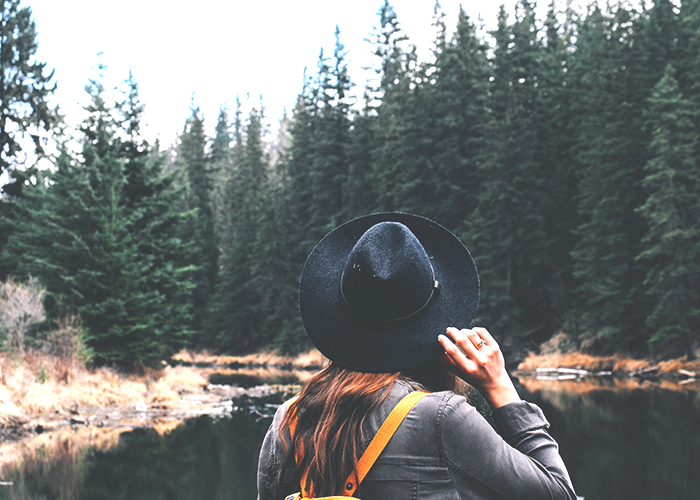 When it comes to my disposable income, I am the first to admit I can be an entitled, indulgent little brat. I only use French skin care, I love lingerie, and I consider holidays to be a basic human right. I am also very fortunate that I landed a good job quite soon after graduation and have been relatively comfortable in my 20s. So much so that when my partner and I relocated to Singapore, we noticed the cost of city living was quite high. I actually uttered, “We are going to have to be really careful with our budget this year, I think we can only afford holidays in South East Asia,” which may be the most repugnant thing anyone has said in 2016.

I let myself get away with saying “yes” more often than I should. The irony is that I didn’t complain half as much about my income when I didn’t have very much. While at University, money came infrequently and — thanks to the student loan company — quite inconsistently. Yet I rarely complained about it. Nowadays, everyone I talk to is unhappy with their income and feels that everything would be better if they were just making a couple of hundred dollars more. It seems if you don’t complain about your salary, you don’t value yourself enough.

Where does it end though? When we are taking sixteen first class holidays a year? Eating every meal at a restaurant? Being able to buy every makeup and skincare product a beauty blogger recommends before throwing them away after one use like snotty tissues?

I can’t help but think I had a lot more integrity when I didn’t have very much. I’m trying to distance myself from the way extra money can make you feel a bit whiny and entitled and not succumb to that dreaded lifestyle creep. I was a pretty cool, well-balanced chick when I was in my late teens, and even though I had no money, I knew how to live well. Here are some things I used to do when I was a broke student (but don’t anymore).

1. I would go days without money.

I remember very clearly doing this in the run-up to paying or receiving a large chunk of cash. Normally, this would be my bursary, which arrived around the time my next rent payment was due. I would always pay up to three months in advance so I had a roof over my head no matter what. I would sometimes not spend a single penny for three days in a row. My University town was small, and it was easy to get pretty much everywhere on foot, so there was no need for bus fare.

When I try to remember what I did on those moneyless days, I seemed to do a great deal of walking and reading. It was a seaside University town, so I would go to the beach or just wander around looking at things. If I had an essay due, I would go to the library and work. When I was hungry or I wanted a cup of tea, I would just walk back to my house and make something out of what I already had in the kitchen. I recall one moneyless day when I sat for five hours straight reading the complete works of Marjaine Satrapi in my University library and walked home feeling happy and full of thoughts and ideas.

I don’t remember ever feeling miserable or deprived going without spending. Oddly enough, I didn’t do it out of necessity because my bank account was empty, but rather to conserve the money I did have until my next influx of cash came along. It was a short but meaningful period of fasting — I didn’t go without food, but I wandered through my normal day to day life to see what I could do without money.

I stopped doing this when my paychecks became more reliable and sizable. I’m realizing that I could really do with going without money for a few days to curb my spending and see what free resources I have at my disposal that I am currently failing to utilize.

2. I did gorgeous, luxurious, simple things with my spare time.

As a student, my income was about 10 grand a year from a combination of financial support, infrequent hours at my University library, writing content for my stepfather’s educational website, and covering people’s holidays and lunch breaks at a boutique. I truly had bugger all money, but during my free hours, I was as relaxed as I only am on vacation now. I would sit in cafes for hours drinking a single cup of coffee or browse used books and records at the charity shops. I loved meeting up with friends and spending hours just talking. Or, if they were away, I wrote long, handwritten letters and made little parcels to send by snail mail.

3. I cultivated my mind.

I know that this was partially because I was under the influence of a University campus, where every day was an influx of new information, but I loved learning about absolutely anything and everything. My mind was perennial and hungry and I exposed myself to as many different authors, filmmakers and musicians as I could get my hands on. My money was limited and my budget was small, but we had a great University cinema and I would cherry pick the foreign films I wanted to see and made sure I put enough money aside as I could in order to see them. Some of those films are still my favourites to this day and I’m so glad I went to see them. I made myself get out into the world and see and read and listen to as much as I could, even if that meant free exhibitions or scraping together the spare change at the bottom of my bag so I could buy a ticket to see something.

4. I didn’t spend money trying to impress others.

I owned three pairs of shoes during University: one pair of leather boots for the winter, one pair of wellington boots for when it rained, and one pair of German hiking boots for warmer weather. I don’t remember anyone making comments about my small wardrobe and shoe collection. I do recall one girl at a party saying she liked my choice to wear a sun dress with hiking boots because “it looked very French,” when in reality I just didn’t own any dress shoes or sandals. I was indifferent to people’s opinion of me and didn’t have time to worry about whether the way I presented myself with my limited resources was normal. I didn’t mourn the fact I didn’t own a blusher, I just pulled on my holey tights, laced up my boots and got on with my life.

As my tax bracket went up, the snide remarks started to soak in — those weird jokey comments that people make when they want you to know you’re being openly discussed. During my first job out of college, I decided I needed a small capsule work wardrobe of about four outfit; a few months in, a coworker told me she hoped I did my laundry regularly because if I wore my clothes more than once in a week, they might start to smell.

Now I’m very sensitive to comments from other people, and I spend way too much time worrying about what is “normal” for someone of my age and background. How much money should I be earning? How many exotic vacations should I already have under my belt? Should I own a dressing gown or a kabuki brush? Are people judging me by my phone or handbag? My broke 20 year-old student self might have slapped me, if only she didn’t have to run off and write an essay or reorganize the law library.

5. I regularly helped other people and did things for free.

I was very generous when I was broke, and I actually enjoyed helping the people around me. I’d cook meals for my friends when their student loans were delayed or give them half of what I had been cooking for myself. I’d give people a hand moving in and out of student halls. I’d give money and time to my University and organizations collecting for food banks and survivors of natural disasters even when I had very little money. I’d spend hours listening to friends, and sometimes strangers, and I’d do so with empathy. Now I just don’t have the spare time or the spare cash; three cleansers, yes, but helping other people? I’m just not earning enough to make any kind of difference to their lives.

6. I didn’t torture myself with comparisons to other people.

I’m sure there were girls at my University who had a lot more help from their parents, owned high end makeup, and could afford regular haircuts and designer handbags, but they didn’t bother me. Their lives were none of my business. Now I can get really quite riled up when someone the same age as me is wealthier and more successful, especially if that person is a woman. I am really quite embarrassed to admit I have hate-watched my share of YouTube videos where the vlogger is jetting off to L.A. and Australia on a cloud of money. It’s petty and naff of me, and it just feeds into this awful idea that every problem in the whole world can be solved by being rich.

I have come to realize I had a lot more dignity and integrity when I was younger and had no money. At the time I was looking forward to my first job out of University where I would be earning around 15 grand a year, and I truly believed I would want for nothing if I had that. Now I earn more than double that amount and all I do is look around me and measure what I have against others. I expect that I will become wealthier as I get older, but unless I change the way I look at money and my self worth, I know I’m never going to be happy; whatever money I earn is never going to be enough.