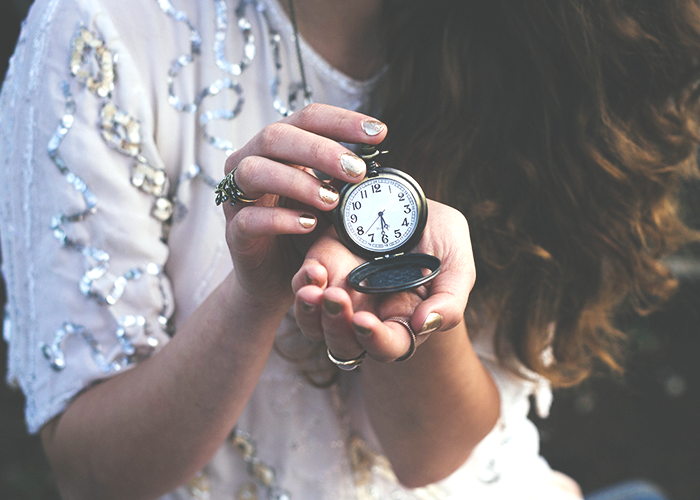 I’ve been thinking a lot about big purchases lately. My biggest problem with money is that I still haven’t figured out how to best budget for larger expenses (other than my rent), but I can’t totally eradicate the small wastes that sneak in on an almost daily basis. And they’re not even all that small; I once walked into a Teavana and mindlessly spent $43 on loose leaf tea and tea containers (I was desperate to become a Tea Person in that moment). For some reason, really needing something doesn’t give me that much momentum to buy it. But if I want to pre-order a book and it costs $20, I don’t seem to have any problem doing so, because even though I could wait and get a used copy or reserve it at the library, it doesn’t feel like that much. But spending more than $75 on an item — I don’t know how that arbitrarily became my threshold, but it really has — even if it’s something I really need, gives me a lot of anxiety, because I’m still figuring out how to budget.

For example, my laptop is on its way out. If I have more than five or six tabs open on my browser, it freezes up, and I have to “force quit” and possibly start whatever I was doing all over. It’s shut itself down enough times that I’ve switched to writing entirely in Google Docs, rather than risk writing something in Word and then losing it. It’s also the same laptop I got as a freshman in college, so there is still some very un-chic residue from the Death Cab for Cutie and NPR stickers I used to have on it. But it’s been this way for about three years, and it still technically works, so I have yet to work buying one into my budget. I absolutely know I should, because one day, it’ll probably crash, and I won’t have a choice but to buy a new one.

Frankly, getting a new laptop in the near future would truly improve the quality of my life on a daily basis, as it’s something that has both personal and professional uses in my day-to-day. And this is embarrassing to admit, but I also know if I wait a little bit longer, I can probably ask for a gift card or money to put towards it for Christmas and/or my birthday. Having this big purchase to make is one of the biggest parts of being an “adult” I’m still figuring out.

To feel a little bit less alone in my #budgetingproblems, I asked a few of my friends to tell me about a big purchase they’ve been putting off (it helped a lot — notice I’m not the only one waiting for Christmas to roll around…). Unsurprisingly to me, there seem to be a lot of reasons for putting off spending large amounts, some of which extend even beyond the financial into the practical and emotional. If you have something you’ve been putting off because you simply can’t afford it, are emotionally conflicted about parting with that large a sum of money, or you’re even just too lazy to do it, I wholeheartedly invite you to commiserate with me.

1. “I’ve been due for an upgrade on my phone for a couple of years, but I can’t really justify spending several hundred dollars on that when I need to funnel all my money to student loans.” – Nick

2. “The two things that come to mind are a new computer and a bike. The honest reason is that I just don’t have the money, and I’m hoping my parents will help me out by paying for some of it via a birthday or Christmas present.” – Alice

3. “I’ve been putting off a big purchase that every actor needs: new headshots. Sparkly, expensive, professional, something-that-I’m-proud-of-and-want-to-post-on-Facebook headshots. My main reason for putting them off is because I’m trying to get to my ideal weight, which is a constant woman’s struggle. My second reason is that I’m working more than auditioning to make the money to afford them AND not get kicked out of my apartment! I’m hoping that if I put off long enough, I can get my mom to buy them for me as a birthday gift, and then all my problems are solved.” – Sydney

4. “For me, it’s not big purchases — I can talk myself down a cliff like that easy. It’s the little things, little improvements like ‘hmmm maybe I can buy this new iPad case?’ or ‘I already have this book, but look at this limited edition cover!’ I’m always fighting the lure of the shiny little cheap thing, because once you get one, all the others suddenly seem more reasonable, and you end up with six different editions of Pride and Prejudice just because they are pretty.” – Princess

5. “So I’m putting off buying a nice rug for our apartment because it’s just too expensive and I can’t justify paying a large amount for a rug (like 5×7 or larger, which can cost $500 or more…yikes). So I’m either waiting for a large sale at one of my favorite retailers, or just going to make due without it. I’m also putting off buying some Euro-trip plane tickets, firstly due to waiting for other people to pick dates so they can go as well (which, of course, the later we wait the higher the prices will be), and because we need to save up more money to be able to spend a little more on dinners and such (we are saving money by staying with family in some of the countries though!).” – Brittany

6. “A ring, a house, and putting towards my retirement. I know those things will happen eventually and I want to be prepared well ahead of time, but for now I’m putting off saving for them.” – Alex

7. “I’ve been wanting to buy a new iPhone for a long time, but it’s so expensive. My phone has a lot of issues — the home button is Scotch-taped on, and sometimes I receive text messages a few days late — but it does the trick for email and phone calls, so I keep putting it off. When it’s completely unusable I’ll definitely make the purchase. I do have money set aside for it.” – Marissa

Budgeting Why (& How) I Maintain 7 Different Savings Accounts