7 College Dropouts On Why They Made Their Big Decision 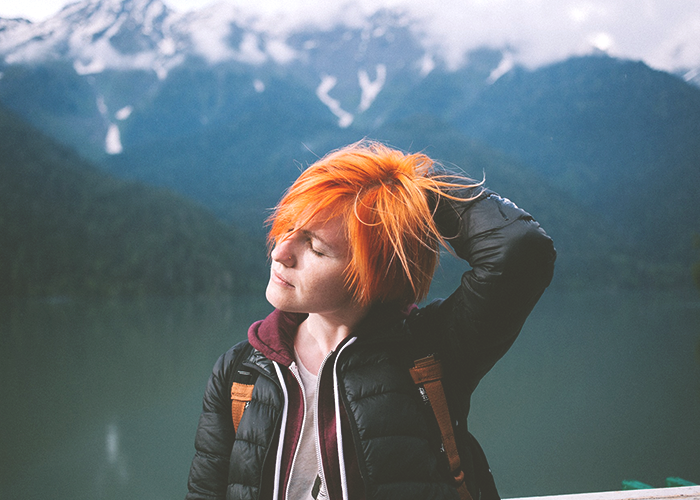 When I first started college, I genuinely didn’t think I’d finish. I took a year off, and at the beginning of that year, I thought I would never go back. I eventually grew bored at home, and my job wasn’t fulfilling enough to keep my attention for very long before I decided to go back for a second attempt at pursuing my degree.

I’ve gotten a lot of comments noting how people were glad I “realized I needed to go back” to be successful, and a lot of people seemed overjoyed at my decision to return to school, as if they’d secretly disapproved of my decision to take the time off just a year earlier.

But the thing is, I didn’t go back to school because I felt like I needed too. Financially speaking, the year I wasn’t in school was my best yet. I worked hard, had fun, built a strong emergency fund, bought a car, and even began writing a lot (which would later become one of the most important parts of my life). I only decided to come back because I decided I wanted to learn a few more things that I hadn’t yet, and didn’t feel quite capable of teaching myself.

I’m glad I went back to school, and I don’t think I’d change that decision for anything. But it is important to note that I did it because I genuinely wanted to, not because I felt like I had to.

On the other side of things, people often come to the realization that the best decision for them isn’t to go to school. Some people make the decision to leave, and unlike me, they’re much happier for it, and go on the live happy, fulfilled, and successful lives.

I decided to ask a bunch of people who decided college wasn’t for them why they made the decision to leave, and why their path was the best one for them.

Here is what they had to say.

1. “I was only a semester into my program before I realized it was a mistake. To be honest, I was in college a semester too long. I took a gap year between high school and that semester, and worked with my family on our small farm. Eventually, I got a little FOMO watching all of my high school friends enjoy school, so I enrolled at a local state university that a few friends of mine went to. I lived on-campus, which was not a good choice because a) it is EXPENSIVE, and b) I only lived around 20 minutes from campus. I have a tiny bit of debt from the semester, and seeing that bill and knowing that my heart still wasn’t in the ‘college’ thing was enough to seal my decision to not enroll in classes the following semester. For me, it is easy – there is a family business for me to be a part of. If there was no work immediately available to me, I may have decided college was a better option, or maybe I would have found work somewhere else. In general, I am not cut out for being a student. I like what I do, my lifestyle feels so comfortable because it is how I was raised. I’m happy, and not at all unsatisfied. I think people tend to believe that if you skip college altogether or drop out, you’re ‘missing out’ on an essential experience, and will ultimately not be satisfied. But I do feel very fulfilled every day. The second I stop feeling that way, I’ll consider a change – I couldn’t tell you now if that change would involve school. I probably don’t think so, but never say never.” – Maddie

2. “It wasn’t the best path! Ha – I think I’m going to go back next semester, or maybe in the fall next year. I needed time. Sometimes, that is the best path. To be able to take time and figure out what it is you want before pursuing something, especially something that ends up costing so much.” – Shannon

3. “Something that isn’t very often considered is how difficult it is to be a student while suffering from mental illness. I couldn’t manage it, and I get the ‘that’s no excuse’ thing from people who are doing it themselves, but I really just couldn’t. It was so much healthier for me to stop and move back home and take care of things that were more important at the time. I’m much happier for it.” – Kat

4. “I wanted to pursue a career in writing, and the thing was that I knew I had enough skill to just start doing it and learn as I went along. After less than a semester at school, it became clear — I knew my skills didn’t necessarily need to be refined in a university. It felt a bit like wasting time between knowing what I wanted to do and how to do it, and actually doing it. It definitely took some convincing for my family to understand that, hey, I am going to not go to college, and instead I’m going to start sitting in a Starbucks and writing. But it didn’t take long for my freelancing career to become pretty successful, and I feel like going to school would have really slowed the process down. I’m happy I went this direction.” – Jill

5. “My friends and I wanted to be musicians, and we were all in school. We decided to drop down to part-time schedules and pursue our music careers, while working a bit on the side to sustain that lifestyle obviously, and also making money playing music here and there. We worked up enough of a following after a while to drop out full time and focus only on music, and touring locally. Then we started going a little further. We feel successful at this point. We don’t make a ton of money making music, but we make enough that we live full lives on just part-time jobs next to our music careers. It doesn’t make a lot of sense to be paying for school if you’re going to be something like this, if you’re going to be in a band and you really don’t need to be formally taught in a university setting how to do it.” – Sam

6. “I went to school to work in medicine, probably to become a nurse but I wasn’t sure. I really didn’t like school though. I loved the topics we discussed in class, but I’m not a good student. Things never came easily, and it was frustrating. I left to become a CNA and the training was so hands on for me and I really liked it. It has allowed me to work in the field I want without all of the school drama, because boy was I terrible in school. I’m good at my job though — I swear.” – Kelly

7. “School is expensive as shit, and my dad didn’t go and was very successful. I went for a little bit and then thought no, I don’t buy into this. No way it costs this much money to have a slightly better chance at getting a job in four years.” – Evan