7 Daily “Rich Habits” That Anyone Can Adopt 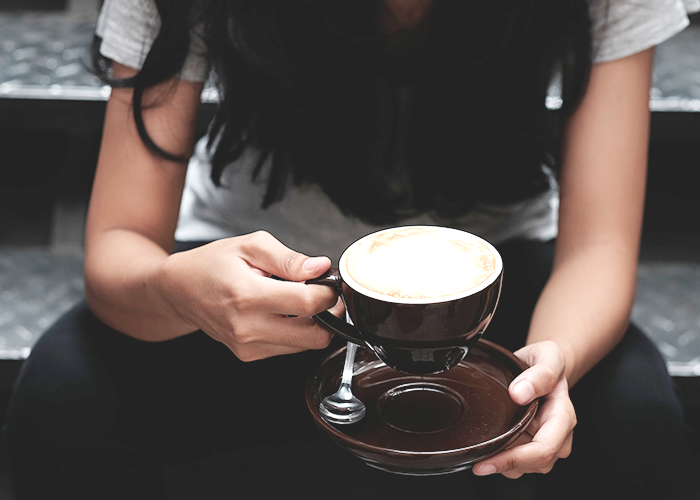 It’s easy to imagine that wealthy people share common traits like living below their means and investing wisely. But as Certified Financial Planner and author Tom Corley — who spent five years studying the differences between 233 rich people and 128 poor people — learned, the habits of successful people extend well beyond the obvious financial moves.

, back in 2013, and recently interviewed him about it on my podcast. “Many people say there isn’t a secret to becoming rich, but I would disagree,” he told me. “I truly believe the reason why someone is either rich or poor can be traced back to daily habits.”

I’ve been practicing Corley’s “rich habits” for four years now, and I’ve noticed results that support his claim. These have been some of the most impactful.

In his research, Corley found that rich people exercised an average of 30 minutes, four days a week. So whether it’s a high-intensity CrossFit workout or a walk with my wife, I dedicate an hour a day to fitness. While I used to squeeze in workouts whenever I could spare the time, I now make it happen no matter what.

The results: Beyond the obvious health benefits, focusing on fitness has markedly improved my mental clarity. I hit the gym after working a couple hours in the morning. When I return, I’ve noticed I’m more proactive and able to focus better for the rest of the afternoon.

Relationships are the currency of the wealthy, Corley says. I keep a running list of positive influencers in my life and regularly connect with them. I call to say hello and listen to what’s going on in their lives.

The results: I can trace every bit of my business success to a relationship I’ve maintained over the years. I hired my first assistant on a recommendation from someone I met at a conference. And almost all my podcast guests were booked because of relationships with former guests.

Daymond John from Shark Tank has shared that he looks at his list of seven goals — each with an expiration date and action plan — when he wakes up and before bed. I wanted to attack my goals with the same intensity.

Using Evernote, I created a list of goals for the day, month and year. I also have an office “scoreboard” tracking my progress on targets, like doubling my income within one year, increasing traffic to my site, and growing my social media reach by 10x.

The results: Honestly, I don’t hit every goal. But keeping them top of mind, and always in sight, has yielded big results. Over the past year, I’ve stretched myself and my business — and hit my goal of doubling my income.

According to author and speaker Grant Cardone, the most successful CEOs read an average of 60 books a year, whereas the average American worker reads just one — and earns 319 times less. After setting my own goal of consuming two books a month, I followed Corley’s other tips to make time: I stopped watching TV, and listen to audiobooks in the car.

The results: Since starting my two-a-month rule — focusing on self-development, leadership and health titles — I’ve noticed a drastic increase in my ability and willingness to make positive changes in my personal life and career. I’ve even tested a few marketing strategies I read about, which has contributed to my income and business growth.

Self-concept is a huge influence on your quality of life. The more you like yourself, the higher your self-esteem and well-being. Once I learned this, I made up daily affirmations related to the most important areas of my life, from faith and family to business.

Corley says the key to successful affirmations is choosing a mantra that’s tied to a dream and a realistic goal. For example, if you want to bank six figures, you wouldn’t say: “I make $100,000 per year,” because that creates an inner conflict between your subconscious and conscious minds, and the programming won’t stick. Instead, try something specific, achievable and true: “I’m working 10 extra hours per week to make $100,000 by next year.”

The results: As an entrepreneur, it’s easy to doubt yourself. But as I began reprogramming my mind with affirmations, my self-concept shifted. I’ve built tremendous confidence that I’m capable of making smart decisions and taking the necessary steps to keep growing.

In his study, Corley found that 72 percent of the wealthy volunteer for at least five hours a week. Of course, there are many reasons to volunteer, but he says the rich use the opportunity to expand their network of like-minded people.

The results: I’ve started volunteering for two hours on the weekends in my church’s coffee shop, and I’m on the board of directors for a statewide charity organization. Both opportunities have allowed me to give back and to create relationships with high-level thinkers I wouldn’t have connected with otherwise.

Habit #7: Confide in a mentor who’s been in your shoes.

Even the most successful people on earth value mentors who’ve walked in their shoes and made it to the other side. Mark Zuckerberg credits Steve Jobs as his mentor, and Bill Gates has talked about how Warren Buffett mentored him through challenges at Microsoft.

As a new entrepreneur, I sought mentorship from someone I respected with a proven track record of high-level success. We go to lunch a few times a month and pore over areas of my business I can improve.

The results: After a few months together, we’d created a new, actionable plan to grow my business that went beyond what I could have done alone. Before, I’d been so in the weeds — answering emails, creating content, scheduling appointments — that it was difficult to see the big picture and keep progressing.

My mentor has helped me identify areas to outsource, which frees up time for me to spend on the most important tasks. Since this epiphany, my business has grown every month, even though the time required from me remains the same.