7 Findings From My First Week Of “Money Journaling” 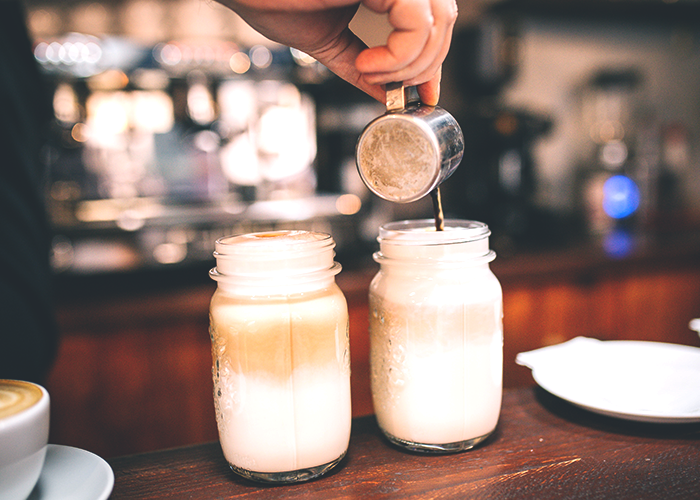 I mentioned recently that I’m starting to money journal (in addition to food journaling, which I updated on earlier this week) as a way to try and save money during my upcoming month of way too many big expenses. Although I’ve only been at it about a week, I’ve already seen some interesting things. I only have a couple pages filled so far (I truly haven’t been spending too much — yay me!) but I thought I’d highlight some of the findings of my new money-journaling journey:

1. The irony of listing “Journal” in my very first entry in my money journal.

. It felt annoying writing “Journal: $4” as the very first entry, but I genuinely had no notebooks or paper of any kind (since all of my belongings are packed to move on Monday) to record all of this stuff on, and I really wanted to make it stick. I guess sometimes you have to spend money to save money?

Instead of buying a food journal and a money journal separately, I decided to just have one journal that I use for both, and split the pages in half — the left side of the page is my food intake for the day, and the right side is a list of everything I spent money on that day. Which leads me to finding #2:

2. The correlation between shitty eating and spending money.

It has only been around a week and I’ve already noticed that I spend more money on the days I eat shittier foods. This is probably due largely in part to the fact that when I’m eating significantly less-healthy foods, it is most likely because I’ve spent unnecessary money on them.

Making the decision to spend money on some sort of greasy takeout instead of going home and cooking a healthy meal out of groceries I’d purchased with my budget in mind is a bad decision, and often sets the tone for the remainder of my day. If I’ve already spent $10 on a burrito, I might as well spiral the heck out and buy some other random unnecessary stuff.

3. I genuinely make worse decisions when I am sick.

When I’m sick, I adopt the “do whatever you possibly can to make yourself feel better” mentality. Which is financially (and potentially physically) dangerous, because sick-Mary doesn’t make sound decisions. I’ve had a pretty bad cold for the past few days, and when nothing in my home sounded good to eat, I dragged my pajama’d ass to the grocery store to buy a box of Golden Grahams (which was a truly unnecessary $5 spent). (Additionally, why do Golden Grahams cost $5?) In addition to being ashamed that I purchased a $5 box of cereal even though Drew and I have plenty of cereal, I also felt like an asshole writing “Golden Grahams” in my food journal this morning, so it was a lose-lose. When I feel healthy, I make healthier choices in general. When I feel sick and sad, I’m much more likely to toss cash at anything that I think may possibly make me feel better, which is probably not helpful for my health at all.

4. Being out of place is not financially easy — at all.

Things are weird with our move — I’m going to be away the last weekend of the month, and we need to be out of our apartment before then, but we don’t know the exact date we can move in to our new place, although we know it will be early next week. It is confusing and stressful, and since I needed to help Drew pack all of our things before I go away for the weekend, all of our stuff is already in boxes, and we’re both staying with my parents.

Almost every single purchase I’ve made this week was something I already own, but just don’t currently have because I’m not in my home — things like socks (since I grossly underestimated how many I’d need to pack for two weeks of living out of a duffel bag) and pricey takeout food (since we’re not cooking much). Almost all of my expenses yesterday were on-the-go food things. Yikes.

5. It is so tempting to lie to yourself.

When I “mess up” and spend a little extra on something, it is crazy how my mind deletes it so quickly. Last night I woke up in the middle of a deep slumber remembering that I forgot to write down two things I’d spent money on during the day. I don’t want to acknowledge my spending to the point where my brain literally just drops it off and pretends it never happened. Writing it down immediately forces it to exist on the pages for me to see.

Today, I’ve stuck my journal into my bag so I can write down each thing I spend money on (if anything) as I go. This method should also help me better with my food journaling as well — I was reminded this morning about the slice of pizza that I casually left off of my food intake yesterday. Oops. I added it in, and hope to not leave anything off today. The only way for the money and food journaling to be effective is if I am genuinely honest with myself and write everything down, even when it isn’t something I’m entirely proud of.

6. It is also helpful to note successes and desires.

I wrote last summer when I first started with TFD about how I love to write down purchases that I deeply desired, but resisted making. Doing this helps me keep a running list of things I really want so I can eventually get them if I do truly still want them, and to notice patterns of me lusting after something that I don’t care about two days later to break my impulse-spending habits. Yesterday, at the end of my money journal entry, I wrote down two things I really wanted to buy that day (a new pair of running leggings, and some night cream

for my dry af skin) but resisted buying. These are both things that I do really want, and would be incredibly useful; obviously skincare is important, and as a daily runner, having more than one pair of running leggings would be helpful, since I much prefer them to shorts.

However, I’m always trying to remind myself that wanting something doesn’t mean I need to get it now. I know my budget will be tight for another month until after I move and everything settles, so writing down the things I want and letting them carry over to a week when I have that extra wiggle room in my budget is a good way to teach myself patience when it comes to spending on “extra” things.

7. Going a day without spending a cent feels amazing.

Granted, I was taken down by a terrible cold, so I guess I was prevented from leaving to spend money. But I did have one day in the last week where I didn’t spend a single dime on anything, and it felt pretty amazing. Despite the cold, and despite spending zero dollars, I had a great day: I drank tea on my parents’ deck, read magazines, and watched my puppy run around. Life can still be enjoyed for free sometimes, and that is always a good reminder.