7 Halloween Costumes You Can Make With Items You Already Own 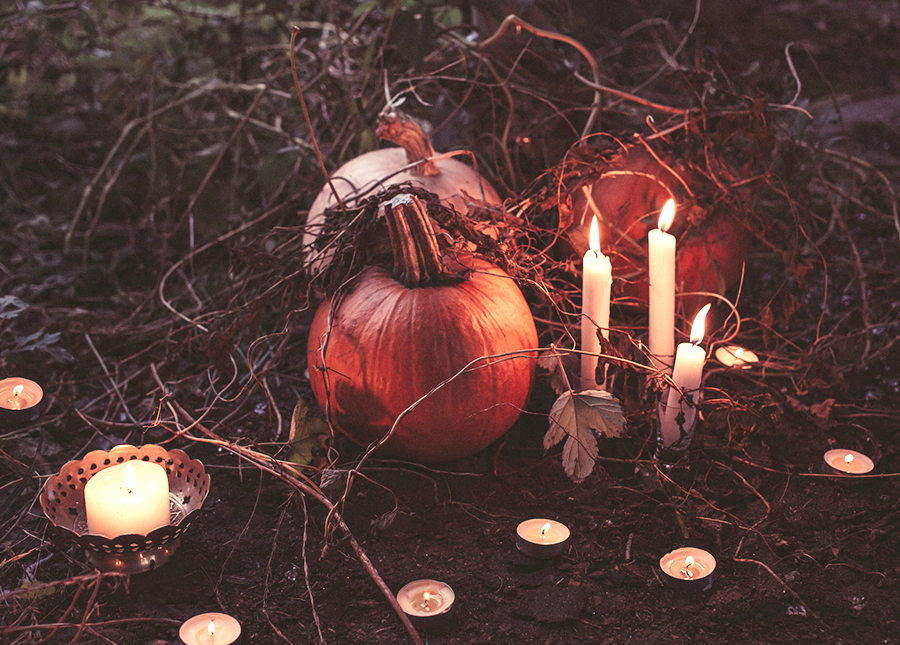 As much as it pains me to say this, Halloween doesn’t really fit into my budget this year. It sucks because traditionally, it has always been a holiday I’ve truly enjoyed celebrating. I love candy and I love messing with people, so the whole “trick or treat” movement really speaks to me.

Most years, a decent amount of money is spent on candy, celebrations, and of course, costumes. Up until a week ago, this year seemed to be going in a similar direction. In all of my excitement, I even planned a Halloween party this year — partly to celebrate my best friend’s birthday, which lands just a few days before the 31st, and partly because costume parties are ~The Shit~.

However, without going into too much detail (mostly because I haven’t yet decided whether or not I’m emotionally capable of going in-depth on the surprise expenses in a separate post), my budget was completely blown out of the water a week ago when my puppy did the puppy-thing and ate a non-food item, requiring (expensive-AF) emergency surgery. Long story short, my saved emergency fund wasn’t quite enough to cover the expenses, and we came out with some debt. The shitty thing about debt (besides the fact that…it’s debt) is that little “extras” are going to have to be cut out for a bit while it gets paid off. One of those things is Halloween.

So, although I had dreams of spending a ton of money on some sort of epic group costume for Drew, Gaston (the puppy), and myself, it seems we will be taking the DIY route.

And yeah, Halloween feels a little hard when you’re trying to be creative and not go out and buy a $75 pre-made costume — one year I was in such a confused pinch that I went to work wearing a black tee and leather jacket and just told people I was Tony Pajamas.

So this year, I hopped on Pinterest to see if I could come up with any good DIY costume ideas. If you’re sick of the stale “throw a sheet over your head, hope you don’t run into anything, and call yourself a g-g-g-GHOST” routine (do people still do that?), then keep reading.

Here are 7 DIY Halloween costume ideas that you can probably make with items you already own.

This is an awesome costume, because basically all you need are jeans a red-and-white striped t-shirt and a hat

. If you happen to have all three of these things (and they’re not crazy-unconventional items — a lot of people probably do have them all), you’ve got yourself a free (and hilarious) costume. Just hide behind stuff all night to play a convincing Waldo.

This one might be my favorite (and not just because I’m also a nanny named Mary). This costume is made up entirely of items that most women will have in their closet: black tights, black skirt, white button-down, black booties, black hat, giant tote bag. The red accents are definitely helpful for the costume, but imo, you’ll still be recognizable without them. (But if you want them but don’t have a red bow-tie, you can definitely DIY one out of construction paper or any red fabric or ribbon you have in the house.) Just don’t forget the red lip, the signature hair, and the umbrella

An oldie, but a goodie nonetheless. Did you (like me!) buy a black dress

with a white peter-pan collar during an ill-advised trip to Forever 21, then never actually stumble upon a situation that made the dress feel at all wearable? Halloween is the perfect day to get use out of that dress. Braid your hair, add some thigh-high stockings, and you’re good to go.

If you have a black sheath dress

, a pair of long black gloves, black pumps, and some oversized sunnies, you can pull this off. Bonus points for some gaudy-ass pearl jewelry.

Remember when Damian from Mean Girls wore giant sunglasses and pulled the drawstrings on his hoodie so he could crash that all-girls meeting? If you have a hoodie in a similar color, you can do it, too. Bonus: you will easily be able to weed out unworthy friends after seeing who at the Halloween party doesn’t get the Mean Girls reference.

I recreated this costume as often as possible when I was a youth, simply by carrying around a basket full of books and singing Beauty and the Beast songs. But if you’re an adult, this costume can easily be achieved by throwing any white apron over a blue dress and collared shirt. I’ve seen interpretations with sleeveless blue dresses and ones with sleeves, and both give pretty much the same effect. Curl a low ponytail into big, loose waves, swipe on a pretty, mauve-y pink lipstick, and you’re the perfect Belle! (Don’t forget to carry a book and break into song a lot — it is important.)

LOL. Please, just do this. All you need is a blue tee, a skirt, knee-high socks, some Converse shoes, and glasses. I guess it helps if you have the hairstyle already — if not, you may need a wig (or a haircut — depends on how committed you are).