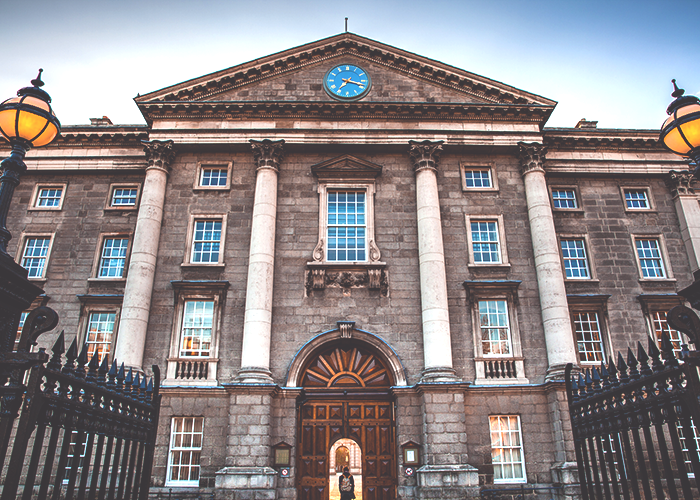 When you say you went to an Ivy League

for college, people tend to assume your family is loaded. And in most cases, that’s probably right. My alma mater, for instance, has more students from the top 1% of income-earners than from the entire bottom 60%. But in my case, even though my family isn’t by any accounts, poor, with my parents living in India and my dad retired, they certainly couldn’t afford the $60K price tag that came with most private colleges.

I was lucky to get a generous financial aid package from my alma mater, which, when combined with scholarships and some assistance from my parents, covered tuition. However, I agreed to cover living expenses on my own, which meant my first job involved working in campus dining halls all four years of college. Here, in no particular order, are my seven biggest takeaways from working dining services at my elite college.

1. People treated me like I was inferior. The people I served were largely my classmates, so it was frequently surprising how little basic respect and decency I felt I got while on the job. I could probably count the number of people who made eye contact with me on one hand per shift — same goes for the number of people who said “hello” and “thank you.” The same students who’d chat with me in class frequently didn’t realize I was behind the register, or wouldn’t acknowledge my presence there — something that made all that class time way more awkward for me.

2. Wealthy people steal, too. As a cashier, it was my job to detect and prevent theft when I saw it. And more often than not, the kids stashing an extra sandwich in their hoodies or stuffing Vitamin Waters into their backpacks were not my fellow scholarship kids — they tended to be the wealthy kids, the kind with the unlimited meal plans and extra dining cash on their cards. Our dining areas were not exactly high-security facilities, and more often than not, when someone was caught stealing, they were politely asked to put the food back or pay for it — there were no serious disciplinary consequences. Considering there was little in the way of actual punishment for those who stole, I found it extremely interesting that the people who tended to steal were the ones who could easily afford the food they took. Somewhere, there’s a societal metaphor in there.

3. Sometimes just smile, stay calm, and nod when people treat you badly. That doesn’t mean they’re right. People would yell or snipe at me for the stupidest reasons — we were out of their favorite Odwalla flavor, there was too much mayo on their sandwich, the cookies we sold were too small. People got MEAN. And early on, I took their nastiness really personally, like it was my personal failing as a human that our cookies were disproportionately sized. But eventually, I realized that people snap and yell more often because they’re in a bad mood, or having a crappy day — it’s generally nothing to do with who they’re lashing out on. It doesn’t make it right, but sometimes, you just need to nod, smile, and move on, rather than letting it get to you. Learning not to take people’s rudeness personally has been a skill that’s served me well with many a poor-mannered supervisor ever since.

4. People will tell you to smile. A lot. I was working as a full-time student, which meant squeezing in shifts between classes, homework, extracurriculars, and a social life, so I frequently got to my job after a long day of other things. And while I did my best to seem friendly, if I’d had a dollar for the number of times people (men, tbh) would tell me to smile, I probably wouldn’t have needed the job to begin with. Also, I definitely never heard my male coworkers being asked to hand out smiles with their falafel roles. I’m aware I was probably shielded from way more egregious behavior working in a college dining hall instead of a more typical restaurant or bar setting, but even still, to experience it from your fellow students, alums, even occasionally a professor or two, is a whole new level of gross. It’s annoying. It’s sexist. And it’s particularly frustrating when the power dynamic means you can’t call it out.

5. Even at elite institutions, the playing field isn’t level. It’s easy to think that once you make it into an Ivy, you’re set. As I found out, working 12-20 hours a week meant less time to study, or to take on more prestigious unpaid internships. It meant taking on extra shifts right around exam season, because I needed the money. And all those things, directly or not, impacted my grades, my resume, and the opportunities I was able to pursue while in school. In contrast, the majority of my friends, who came from highly-privileged backgrounds, were free to focus on school, or their job search, or socializing while I was at work. It’s a gap that starts out small, but widens over time. And until elite institutions recognize that some students are under different burdens, it’s not going to change.

6. Service jobs are HARD. I have worked a lot of 9-5 office jobs since graduating college and I can guarantee, none of them were as physically exhausting and mentally draining as my stint in service jobs. Not only did my cafeteria job require being on my feet for hours at a stretch, unlike at my desk jobs, where I could hide behind my computer and glower, working a service job literally doesn’t allow you to be in a bad mood. You’re expected to keep smiling and stay upbeat no matter what the circumstance — from cleaning up puke on a Friday night to having some random asshole hit on you. And that’s even more exhausting than the physical labor bit.

7. …and yet, they hardly get the respect they should. If you look at my resume, there’s not a single mention of the four years I spent doing dining service work — in fact, my career counselor in college explicitly told me not to put it on, despite it being the activity I spent the most time on, because it might make me look “less professional” to potential employers. We stigmatize service jobs as something only the lazy or unmotivated do. Considering that, in reality, these are some of the toughest jobs out there, that’s a real shame.