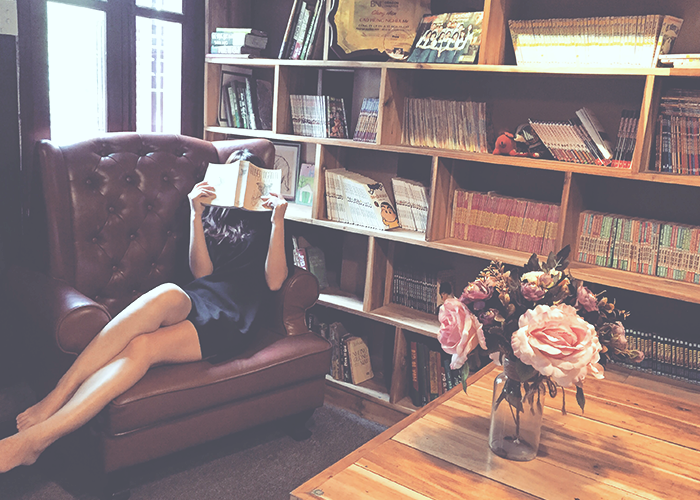 I dislike the Successful People Do This craze, and I’m not sure what the root cause of my disdain is. Maybe it’s a result of my mom sending me one too many LinkedIn articles about success, or maybe I have an aversion to Zuckerbergian principals because I have an ex-boyfriend who looks a lot like Jesse Eisenberg in The Social Network. Or perhaps I simply resent people who tell me that I have the same amount of hours in a day that Jefferson had, because a) Jefferson spent a lot of time having illicit children with slaves he wouldn’t free, and b) I’m Canadian.

Regardless, I consider myself someone who is very productive and has good work ethic, and I don’t like when my habits are called into question just because Steve Jobs was able to function on very little sleep. I admire Steve Jobs’ work, and reap the technological benefits of his success every day, but I think it’s worth pointing out that my career trajectory hasn’t involved ostracizing any of my family members, and if that makes me a bad business person, then I’m okay with that. While I guess I’ll never pinpoint the exact reason I don’t love the dichotomy around Successful Person Habits, I can say for (almost) certain that these are seven habits I will just never fully adopt:

1. The whole “you really only need four hours of sleep a night” thing.

Yes, it is true that most people who founded wildly successful companies weren’t functioning on nine hours a night. But that doesn’t mean that I’m lazy for needing my seven hours. In my books, to be a highly-functioning human on seven hours of sleep is still pretty decent. And if we’re being honest, I wouldn’t complain if I got eight or nine hours a night, but that’s probably not realistic. Regardless, I will never be someone who functions on four or five hours a night, at least not for more than a day or two, and I’m glad I know that about myself. A lot of these ~successful person habits~ mean pushing your boundaries, but I think there’s a lot to be said about knowing which personal boundaries you really shouldn’t cross.

2. Be up hours before everyone else.

Surprisingly enough, I actually do like doing this. I find it incredibly satisfying to wake up early and hit the ground running. I can get more done between 6 AM and 9 AM than some people get done all day. (That sounds cocky, and I apologize, but you’d be surprised how much you can get through when you’re plugged in while everyone else is still asleep.) But here’s my problem: after I go balls-to-the-wall for a few hours, I end up with a splitting headache from too many days spent not getting enough sleep, rolling out of bed, and immediately starting to type furiously for five hours straight. What I’ve learned is that waking up early every single day is not the most productive way for me to go, and instead, I prefer a balance of only waking up early sometimes.

I have to admit that when I don’t have food in my stomach for the first couple hours of my day, I get more work done. I often work really hard for three hours in the morning without eating, and then I stop and make myself a great breakfast. While I feel great for the first few hours of my day, it then takes me more than a couple minutes to get my ass into gear after breakfast. My boyfriend is a Productive Breakfast Eater. He makes the same smoothie every morning, and finds it valuable because he never has to think about what to eat for breakfast. He just has something that will keep him full until lunch. I really admire that approach, but I could never give up creative breakfast foods. I want avocado toast one day, and fruit and yogurt the next, and waffles the day after that. Sue me.

This is kind of a LOL for me. Long story short, I have what some people might call intrusive thought OCD. I prefer not to call it that, because my case is not super pronounced. But basically, instead of being the kind of person who is anxious about what’s going to happen tomorrow morning, I’m the kind of person who (unintentionally) visualizes bad things happening, and then panics or gets really upset about them. So visualizing positive things is particularly hard for me, because I spend a lot of time trying to avoid visualizing things altogether.

5. Read all of the books, preferably reading a little bit every day.

For me especially, it is really important that I read more than I do. It is common knowledge that some of the best writers read a lot, and when I look at the people in my life who have naturally great writing skills (and there’s a lot of people in my life that applies to), most of them read a lot. And I really would like to get into the habit of reading one new book a month, or set some not-over-the-top reading goals that I could actually stick to. But unfortunately, I will never be the person who has the “it book” finished before anyone else gets their hands on a copy. I read Gone Girl after most people (but before the movie came out!). I never read The 4-Hour Work Week, and I probably never will. I was supposed to read a Jon Krakauer book while in NYC (and he really is one of my favorite journalists), but instead I watched a season of Gossip Girl with my friends. On the plus side, though I have yet to finish a Murakami book, I have started reading more long-form journalism online, which has definitely helped expand my palete.

6. Work like someone is coming to take it away from you.

This mentality actually comes from a Mark Cuban quote: “Work like there is someone trying to take it all away from you.” And I don’t disagree. I think keeping the fact that there are a lot of people who want your job in mind is really important; it keeps you humble and pushes you to work hard. But I also think you need to draw a line at some point, because if I stay in that “work like someone is about to come eat you and take everything you ever worked for” mentality, I will panic. I will move at break-neck speed until I crash, and while those break-neck days or weeks would be very productive, the burnout wouldn’t be worth it.

7. Check email/social media/anything that isn’t work-related in batches, or time yourself while you complete menial tasks.

On this point, I agree, I just have never successfully implemented this one. I go hours without Instagram and Twitter, and it definitely makes me more productive, but I can’t post in batches, because if that were the case, I’d post three times on Instagram, and then wait three weeks, and then post another eight photos. And that’s not reallllly the point of Instagram. I understand that my work, in the grand scheme of things, has a lot more lasting value than my Instagram account, but if I happen to stop working for 49 seconds to post a picture of my hella aesthetic coffee, I am inclined to believe that it doesn’t slow me down too much.

I don’t time myself when getting through emails, because the nature of my emails just don’t work like that. I email contributors to give feedback, and ask questions, and that’s not something I like to rush. I also pitch other publications, and choosing rushing over proofreading is not what you want to do when pitching editors. Trust me. Email, for me, just can’t be mindless. However, I will do “timed writes” with myself sometimes, to give myself a push to finish an article, and I find that very helpful. So I guess I can see some value in that particular Successful Person Practice.