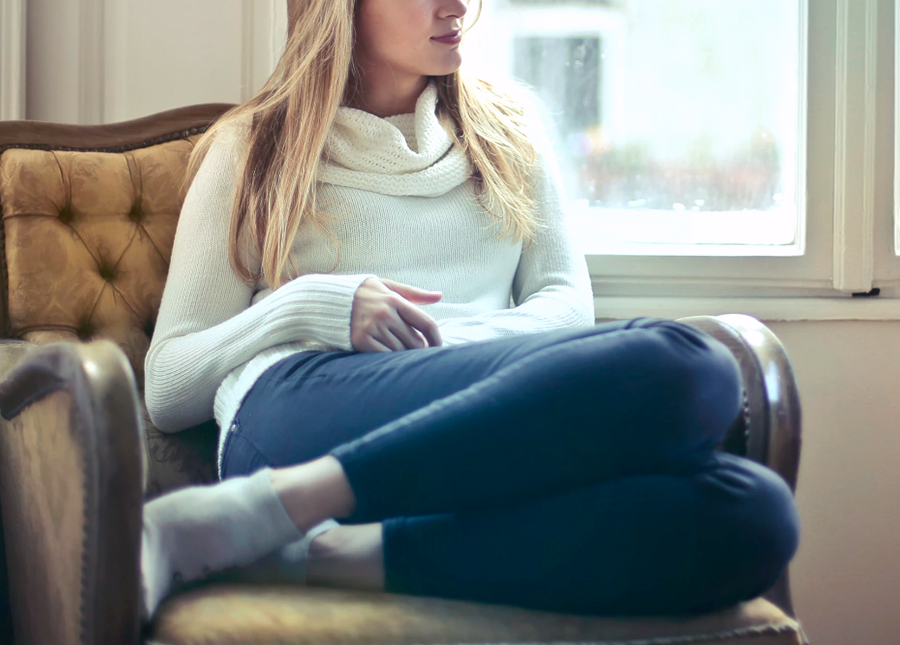 Early in 2017, I needed to find a roommate. I reconnected with a friend named Regina* who’d recently moved back to Utah. I’d known her for a couple of years, and I found out that she was also looking to move from where she currently lived. I’d been so worried about living with strangers because you just never know what you’re going to get, so I asked if she wanted to be roommates, and to my relief, she said yes.

We conducted our searches, but she had her heart set on one place that was across the street from where she worked. She didn’t have a car and, unfortunately, the public transportation is not great in Utah, so I gave in. The place was a 2-bedroom-2-bathroom apartment that was fairly new, which meant it was fairly pricey for the area. But with how we would split the rent (she took the master bedroom, so she paid more), it didn’t end up being too bad for me.

We went over the contract, and that’s when I found out two important things that should have been red flags: getting out of the contract would be really expensive — way more than a month’s worth of rent — and this complex had a clause in the contract that basically stated if one of us couldn’t pay the rent, the other person would have to cover it. Over the next year, we went through our share of roommate problems, but I wouldn’t say any of the issues were too big or out of the ordinary. After about six months, we started having issues with what I thought was one of the utility companies and our complex’s management. We’d put utilities in Regina’s name, and I would pay her for utilities when I would pay rent. Regina told me that for some reason one of the utility companies and our complex’s management were charging us for the same thing. This continued to happen every month. Regina said she would take care of it, which made sense to me because the utilities were in her name and, honestly, she handled confrontations better than I did, so I let her. I didn’t ever go talk to management or call the utility company myself to verify. Again, I had no reason to distrust Regina.

Three months before our contract ended, Regina was fired from her job. She told me it was because her boss unnecessarily freaked out about something he thought she didn’t do (when she actually did do it). But she told me the timing was actually perfect because the nonprofit organization she volunteered for was bringing her on to do some work. She didn’t seem to be worried about money, so I wasn’t, either.

Then, two and a half months before the end of the contract, Regina texted me and told me she got a new job in Washington, and that she was going to be moving in with her grandma in two weeks. She told me if she couldn’t find anyone to take over her contract, she’d still continue to pay her part of the rent. I told her okay and wished her good luck.

So, two months before the end our contract ended, Regina officially moved out. She never found someone to take over for her, so I confirmed with her that she was going to pay. After a few days, I noticed on the complex’s portal that she still hadn’t paid her part of the rent. With our complex’s management, we had until the third day of the month to pay before we were hit with the late fee. I didn’t want that to happen, and I figured Regina was busy with moving, so I paid for her rent with part of my very small emergency savings. I texted her to tell her just to Venmo me money when she had a chance. She never responded to me. That’s when I finally realized something was wrong.

The next week I was on vacation, so I told myself I would try bugging her again when I was back. At this point, she hadn’t yet blocked me on social media, so I figured maybe she was just really busy. I texted her again, and when I didn’t hear back again, I wrote an email. I tried to be very understanding told her that if she was having money issues and didn’t intend the pay for her rent like she promised, the least she could do was let me know. Still nothing. My sister, who also followed Regina on social media even tried to contact her on my behalf (bless her!) — and that’s when Regina finally blocked me (and my sister) on everything.

Over the next month, I found out a few of Regina’s dirty little secrets. She hadn’t actually been paying for utilities like she said she was. We weren’t being charged twice; we were being charged once, but Regina lied to cover her tracks. As far as the money I was giving her to pay for utilities, she just kept it for herself. Thankfully, I’m not on the hook to pay for most of it because the utilities were in her name. I also suspect that the real reason Regina was fired was because she used her boss’s credit card one month to cover her rent, and her boss found out. Suddenly, all these lies that Regina told me came out of the woodwork, and everything started to make so much sense. I can’t believe I was so willing to believe anything she told me.

With my emergency savings mostly depleted and my checking account tapped out from my trip, I knew I had to come up with a plan. Thankfully, when I went over my finances, I found out that I could cover all of the rent if I skimped on a couple of things for a few months (frivolous extras at the grocery store, my Uppercase subscription, eating out, etc.). I wouldn’t be able to put any money in savings or put as much toward paying off my debt for a few months, but I wouldn’t have to borrow money from anyone to dig myself out of this situation.

Here are the main things I would say I learned from this experience:

1. Don’t always be so quick to trust someone, even if you’ve known them for years. Looking back, I didn’t know what Regina was going to be like as a roommate. I’d only hung out with her in social situations; I’d never seen her living space or talked to her previous roommates to find out what she was like.

2. Have money set aside for emergencies, even if it’s just a little bit! If I didn’t have an emergency fund that I had just started to put together (thanks to TFD for driving that point home so many times!), I wouldn’t have had enough money to cover the entire rent amount. So I’m a believer now. Always set aside money for emergencies, even if all you can scrape together for the time being is $500 or $1,000. It’s totally worth the trouble — I promise.

4. Go without your little luxuries temporarily to get a little boost. Even though I didn’t know it was possible, I was able to pull together a lot of money that I normally would have spent on other things. I don’t intend to always go without these things because they make me happy and are worth the money, but going without them for a few months wasn’t the worst thing ever. You can always find something to cut if you absolutely need to.

6. Don’t dwell on the negative past. Admittedly, there have been times where I’ve been so worked up about this whole situation that I’ve fantasized about cussing Regina out. No normal human being should ever think it’s okay to take advantage of another person. But I have to keep telling myself that there is nothing I can do about it now, so there’s no point in thinking about it if it’s just going to agitate me.

7. Focus on a positive future. I’m happy to say that, after lots of research and question-asking, I’ve moved into a much cheaper place with much more responsible roommates. Blind trust is not going to be a thing anymore. I’m looking forward to building my savings back up and purchasing my little luxuries again.

I may never understand what was going through Regina’s mind when she decided to screw me over. Unfortunately, there are just some people out in the world who are batshit crazy and who will do whatever it takes to come out on top. That’s a lesson I had to learn the hard way. But as bad as this situation was, it could have been a lot worse. I’m just thankful I was in a good position financially, which helped me remain fairly levelheaded throughout the whole ordeal.

*Name has been changed

Aleesha is a technical writer/editor from Utah who is slowly discovering her wanderlust is insatiable. She lives for books, volleyball, Disneyland, fall weather, and Zachary Levi. You can find her on Twitter @aleeshanb.