7 Things People With “Useless Degrees” Wish They Could Say 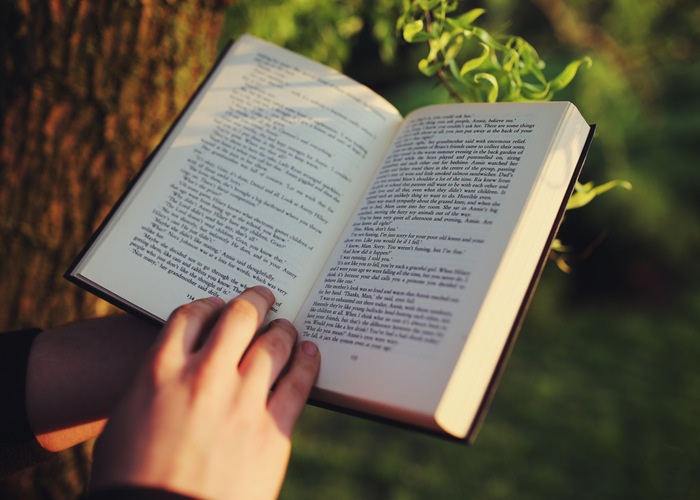 1. Telling me my degree wasn’t worth paying for is insulting, untrue, and none of your business. Across the internet, whenever I see someone claim themselves as a proud journalism major, there’s always a comment that essentially says, “LOL why would you even go to school for something that would never make you money?” Aside from the fact that it’s entirely inappropriate for a stranger to guess how much money we do or do not make, nine times out of ten, there are multiple typos in the comment, proving the value of a journalism degree. (Admittedly, I take these comments more personally because I’m a journalism major.)

2. Stop telling me what is and is not worth going into debt for. I can’t speak to this personally, as I don’t have student loans. But I have friends who went to graduate school and are now public school teachers, and they often field questions about whether or not their degrees were “worth it.” Making assumptions based on the projected pay-off of someone’s degree doesn’t take into account the need for their job, or how much they care about their job. We need great teachers. Personally, I think we should pay them a lot more, but that’s a different article. In the mean time, stop giving people a hard time for working in a crucial industry that you’re far-removed from.

3. Stop mentioning that there are, like, no jobs in my industry. I went to school for journalism at a time when journalism was being sent through the ringer, chewed up by a dog, and spat out onto the pavement. I walked into a 101-level communications class and the professor asked the journalism majors to raise their hand. Then he told everyone else to look around at whoever had their hands raised. “That’s who’s going to need a job in four years,” he said. I don’t consider myself a journalist, but I do just as well as everyone else that graduated from my communications school (regardless of their major). And for a professor to publicly shame the students paying to take his class is ridiculous.

4. You have no idea how much I paid for my degree, so stop pretending you do. A lot of people who got degrees in lower-paying industries planned ahead and went to a less expensive school. I didn’t attend the best communications school I got into because I wasn’t allowed to pursue any colleges that weren’t offering me any money (and the “better” school was already incredibly expensive). But I was happy with my choice, and post-grad finances did factor into my decision up-front.

5. Stop asking how I’m going to support a family. This is a very real issue. “How are you going to give your kids the life you had?” is a question I’ve heard a lot of my friends get. In fact, my boyfriend is in a challenging career track and goes to one of the top schools in the country for his specific program. And I’ve been asked multiple times whether the fact that he’s ~following his dreams~ will hold our relationship back. Whenever people ask this question, they say it as if it’s something that no one has thought of until they were brave enough to bring it up. In reality, this is, of course, a discussion in my relationship, as well as in many relationships where one person is pursuing a degree beyond the collegiate level.

6. “But, what’s your backup plan?” is not an acceptable response to meeting a philosophy major. One of my closest friends in high school was considering studying philosophy, and people loved nothing more than to ask her what her next steps would be before she’d even gone to college. I don’t think we should ever sugarcoat realities, but I also think coming down hard on 18-year-olds and then wondering why they crack under pressure is just plain inconsistent. I think every student needs to have a good understanding of the career options that come with their course of study, but that should be done with a college career counselor, not someone they met at a party last week.

7. By the way, I made use of my “useless” degree. Everyone I know who has a so-called useless degree also has something else: a job. Maybe it’s not their dream job, but I’ve yet to see the people who chose lucrative-but-unfulfilling jobs be given a hard time in the way people with humanities degrees are. On TFD, we’ve featured a philosophy master’s who made use of his degree in an unconventional way. And in our everyday lives, there are people who aren’t working in what they majored in but are better at their jobs because of their degree. I learned to write in college, and no matter what, that is a valuable skill. Most of my journalism friends now work in PR, but they love their jobs and the pitches and emails they send are written in complete, spell-checked sentences, which is a rarity in this day and age. Before you ask prying questions about someone’s degree that you deem “useless,” or make an unfounded assumption about how much someone with a liberal arts degree makes, stop. Think. Rephrase your question. Then seriously consider throwing said question out the window.