7 Ways Being Cheap Actually Cheapened Me As A Person 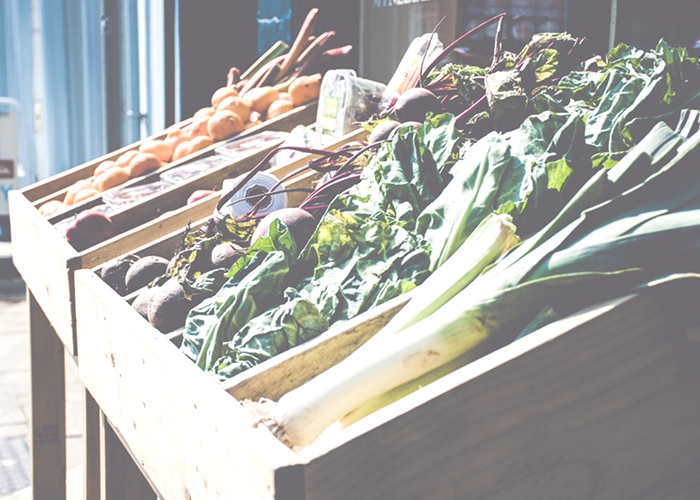 Being cheap is rarely worth it. Being on a budget is always worth it. But what’s the difference, if both ways of behaving save you money? It’s weird to talk about, because “cheap” is a judgment of someone’s lifestyle, character, behavior, and inevitably, their relationship to their and others’ money. It’s privilege that allows me to even think about the difference between cheapness and being frugal, in the sense that to dissect an idea like this, I have to be concerned with appearances and implications. When you’ve truly been pressed for money, those things might not ever cross your mind. I wasn’t raised to worry about money, I learned that I had to worry once I was on my own and I had none. That’s significant. I recognize that this dialogue isn’t groundbreaking, and that I have a lot of privileges (and personal failures) that make me the wrong person to ever tell someone how to behave concerning their finances.

But I think about it a lot, though, and after a conversation with a friend about being cheap, I realized why. My mom and dad — who both grew up very financially insecure, bar-tended and otherwise put themselves through college, and never had enough money to pay *all* the bills when my sister and I were little kids — they have completely different ways of dealing with money. My mom (a very smart and hardworking woman with her MBA) can be very cheap. My dad (a man with his bachelor’s degree in a higher-up position at a large company) is always on a budget. They’ve always earned similar salaries. But my dad is never cheap. He points this out when my mom is “being cheap.” He tips way extra. He splurges for quality. He loans money to friends that he never expects to get back. My mom does this stuff too, but with way less regularity. Her default setting is just “spend less” and my dad’s is “spend accordingly.” Both philosophies have gotten them to a place of financial security.

I don’t know if this is relatable, but I do know that I hear people get called “cheap” a lot. Maybe you do, too. To some, “cheap” is synonymous with “low-quality.” To others, “cheap” is coded language for “it’s something broke people are.” The word “cheap” is a charged one, so it’s pretty messed up to call someone “cheap” in the first place. But I think being cheap, when you have the privilege not to be, can really screw you over in the long run — being cheap when it is a conscious choice ultimately means cutting corners that can hurt relationships, cheat people, and squander your future comfort. This is sort of an unpopular opinion, but I’d like for us to be able to talk about what it truly means to be “cheap.” Like most authors of semi-thoughtful, half-baked work concerning one zeitgest-y word, I’m going to break this down in list form — namely, all the ways that being cheap have ended up cheapening me as a person.

1. Going out at all when I couldn’t truly afford it

If you cannot afford to buy drinks, maybe don’t go out at all. The alternative is going and making other people feel burdened by you, and that can really stress people out, but you can also go and just have a seltzer and tip the bartender a buck or two and be fine. The way you live when you’re broke is up to you, but I’ve lived to regret countless things I did when I couldn’t afford them in the first place, because I used credit cards or had other people spot me when I couldn’t even pay them back, and they knew that. And it sucks. Be conscious of your money and how your social life impacts your money, and vice versa. We all fuck up, but we don’t need to fuck up so bad that we pay a credit card bill every month for a year just because we lived beyond our means for two ~Very Social~ and ultimately not life changing months. (It’s me. I am the one with the credit card bill. Please do not be me.)

2. Making an empty, disingenuous offer to loan someone money (and being surprised when they took me up on it)

Don’t offer to loan people money unless you can afford to loan them the money and never see that money again. Period. This is gospel, in my humble opinion. One of the worst regrets in my financial life was loaning a friend a couple hundred bucks for a trip, because I thought they could pay me back the way we agreed they would. When they had good reasons for not being able to pay me back, we both suffered. I had to live on credit cards and take a loan out from my parents, they had to worry about having enough money to live. It was a mess. It didn’t have to be. I should’ve never loaned the money if I couldn’t afford to do it. In other cases, I’ve seen friends tell other friends “let me know if I can help you!!” when one of them is broke and the other isn’t, only to watch that offer disappear when the person strapped for cash actually says “hey, can you help me?” Helping someone is great, if you can afford it. If not, just don’t offer, and if asked, explain that you can’t, and offer to help them in another way. People need people, but people need to take care of themselves first, too. Don’t breed resentment when you don’t have to.

3. Not splitting the check evenly

Just split the check, most times. If you cannot afford to split a check evenly, just ask for separate checks before you start the meal, or drinks, or whatever. Tell your friend you can’t afford to split this one. It’s a little awkward, sure. But if you wait until the check comes and then have to do the anxiety-inducing math of adding up every single thing you and only you consumed, then you might feel very uncomfortable, and it is rarely worth the grief. If you’re ballin’ out and can afford to pick up a tab — like, you really can afford it — then do it and never bring it up or think about it again. Do it out of a desire to do it, and only that. All of these little courtesies go a long way. Trust.

4. Spending money on cheap clothes, electronics, and, well, everything else

Forever 21 can be good for some things, but it is not a good place to build a wardrobe that lasts. This is true for a lot of irresponsible retailers, whose clothes are made unethically, cheaply, and sometimes feel like plastic sacks instead of dresses, anyway. It’s not worth it to save money now and pay for it later, when you quite literally have nothing to wear. Having said that, please do not buy clothes you can’t afford. Like, ever. I’ve lived to regret buying cheap shit that breaks and needs to be replaced, and I’ve lived to regret buying “the life-changing party dress from [insert expensive-ass overpriced store in the mall here].” Be wise about what you buy, and don’t buy things just because they’re cheap, unless it’s a goddamn Deal. And if you don’t know what a ‘capital “D” Deal’ feels like, then you’ve never felt a shopper’s high. Maybe that’s good? I don’t know. Can’t relate.

5. Buying a package deal to save money when I haven’t tried the product and/or system first, especially infomercial stuff

The unlimited yoga package isn’t worth it if you haven’t tried yoga there, bitch. That is something that I wish someone said to me when I spent $59 on yoga and went twice because I’m lazy and I (surprise) kinda hate yoga. This general concept extends to so many things. Don’t save money now buy spending a hefty sum on something that you haven’t tried. It might turn out okay, but the odds are stacked against you, so just don’t. Try before you buy! It works.

6. Not investing money in things that I know are worth my money, purely because my money is tied up in buying too much other junk

Guess who didn’t invest money in her education because she was investing her hard-earned cash at the bar? Me! Guess who spent $400 on an improv class, only to miss the last class and not get credit for it because she overslept because she was spending her money at the bar? Me! Guess who has put a ton of money into the bar-restaurant industry because she had a low-key drinking problem and therefore had no money to put into literally anything that would’ve improved her quality of life in the long-term? You guessed it. Yeah. It’s not a good way to live, and it stunted my growth as a person and limited my opportunities. If you earn money and then spend money like an asshole, you will be more of an asshole. Invest in yourself and in good investments. That is all I can say.

7. Tipping poorly and being generally stingy

Always leave generous tips unless you’re in a place where tipping is not part of the culture, like much of Europe, and I’m not sure where else, because I am ignorant. If the service is bad, it’s up to you to calculate the tip accordingly, but like….was it terrible? You should usually tip. In America, our service workers are underpaid because of tips. By service worker, I mean literally anyone who provides a service to you directly — waiters, valet, coat check, nail artists, aestheticians, masseuses, hair stylists, shoe shiners, delivery, cab drivers, Lyft and Uber, and the person who sells you drugs, maybe. And many more that I am forgetting. And I also think that you know exactly what I mean, so let’s not split hairs over who deserves a tip. When in doubt, tip the person. 20%, baseline minimum, unless that’s inappropriate. Google it. Ask people what they tip and why, and tip accordingly. Being stingy with tips is a bad look. You’ve seen those stupid stories that go viral about people who didn’t tip someone, right? You don’t ever wanna go viral, and you especially don’t wanna go viral for being a cheapskate in a country where people work very hard to please a bunch of cheapskates. If that stupid hypothetical scenario isn’t enough for you to tip, then yeah, you’re just an asshole.

In general, don’t be an asshole with your money, to yourself or others. Admitting you can’t afford something is much better than stretching everyone thin (especially your credit card) because you feel pressured to do it. It’s better to not dine out than to dine out and skimp on the tip. It’s better to not loan that money than to permanently degrade a friendship because of financial resentments. It’s better to say no to that dress than to have yet another Friday night lewk end up in the trash can a year later.

Treat your money with respect, and yourself by extension. That should serve you well.