7 Women On The Cautionary Tales From Their Financially-Toxic Roommates 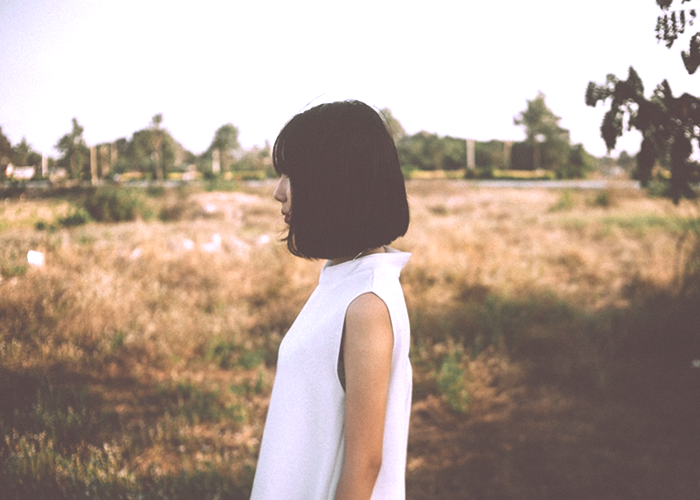 For many of us, our first introduction to the dangers of mixing money with others comes in the form of roommates. Long before I conceived of such a thing as a joint credit card or cohabitation with a significant other, I was making it work with multiple roommates, realizing how complicated things can be when two or more people (with different financial situations and priorities) have to come together and split costs. Personally, I largely evaded any kind of serious financial struggle with my former roommates, but I was also the only person still living the student life in a house with three other people who all had salaried jobs and had finished school.

And while my situation was largely a good one, there was a lot of inherent tension and awkwardness caused by four people with distinctly different means and lifestyles, who were often really unclear about what was considered communal and what wasn’t. I learned early on that it’s smart to be with someone who is on your wave not just in terms of personality and habits, but in terms of finances and money outlook. And as someone who was pursuing a career in freelance (at the time) writing, I knew that my volatile money situation and weird working hours (mostly at home) meant that I wasn’t suited for roommate life early on. Looking back, I was probably the financially-toxic one, and pretty early on, I learned it would be smarter for me to pay more to live alone going forward. It’s not you, it’s me.

So, as someone who got out of the roommate game mostly-unscathed, and then spent a few years solo, in studios of varying cuteness, I wanted to hear from women who hadn’t been so lucky. I wanted to talk about the financially-toxic roommates who made what should have been a fun adventure into something that dragged them down, caused them stress, and taught them serious lessons about handling money with other people going forward. Here is what they told me.

1. “Right after college, I had a roommate who was in Americorps. He was an awesome guy — so nice, really amazing to talk to — but he made very little money. And here’s the thing: I totally support anyone who is in Americorps, but being this guy’s roommate was rough. I wasn’t making a ton of money myself, but he literally did not have the money to reimburse me for the internet bill or utilities bill every month. I would have to float his share, and he’d pay me back when he got his disbursement. Once, he even asked if I could float his rent. I had to say no, but it really made me feel awful that I sort of regretted living with someone who made so little money. But at the same time, I just couldn’t afford to pay his share of anything.”  –Erin, 27

2. “I’m the kind of person who is really type-A about everything financial, because I was raised that way & I’ve always believed that it’s better to be organized up-front to prevent future problems down the line. That meant that when I got into a living situation with four people in a big house after college, I took the lead on making shared Google Sheets and other little tools to keep everything in order. I made sure we were all super-diligent about making notes on shared expenses, and I didn’t mind spending the time to keep everything in line, because I preferred that over the confusion and resentment of unclear finances, which is almost inevitable in this kind of large group living situation.

But unfortunately, there was one roommate who was extremely disrespectful of the system we worked with, and it was also (surprise!) the person on the lease, because a family member of his owned the house. It was an amazing house that I absolutely loved, so I got into it knowing the power imbalance of having someone with such a connection to the landlord collecting rent, etc, but I really came to regret that. Dan (let’s call him that, because that was his name) refused to open my shared documents, would dispute tons of food purchases that he definitely ate from, and wouldn’t come up with his share of the shared accounts for things like Amazon Prime or even Netflix, because he claimed to not use them, when he definitely did. He really ‘played it by ear’ financially, because he didn’t have to care, and he wanted to be cheap. The other roommates were okay with this because the house wa so awesome (it had a freaking in-ground pool and a basement gym, for God’s sake), but I was not. I left after a year, with a broken heart. But at least I’m now with someone who loves the Type A system.” -Nadia, 28

3. “I lived with a girl who rented on a month-to-month basis because her finances were so bad — she was semi-employed actress/bartender/babysitter. Each month would be a different story, and she would leave me hanging, because she never knew where a job would take her. It started off as a month-long favor and quickly went beyond that. I never knew if I was going to be shit out of luck with next month’s rent, and it caused a ton of anxiety and stress for me. I only afforded her the opportunity to do this because I knew her from college, but it was a total nightmare that went on for nearly a year. I loved living with someone I knew, rather than finding a random roommate who was a stranger, but that made our financial talks all the more nightmarish. I always felt bad bringing it up, and she avoided anything financial-related. I was laughably tolerant of her behavior looking back on it, and our situation ended badly. She ended up moving to L.A. for an acting job super last-minute, and it took me 2 ½ months to find someone to replace her. I was so angry that she never even attempted to alleviate the financial burden, and we definitely DON’T speak anymore. I’d never live with a friend again, and consider even the smallest financial mishaps in my potential-roommates as red flags. Better safe than sorry.” -Alison, 26

4. “Basically a college roommate was a huge trust fund kid who did not give a shit about money. The way she wasted everything — food, drinks, utilities, repairs that we then had to pay to fix — was so aggravating. I remember one time going up to her and screaming at her in a total ragey panic because she was eating the nice cannoli I bought myself for a celebratory dinner with my boyfriend. She was like, ‘Chill out, I’ll buy some more,’ and I was like, ‘That’s not the point!!’ But she didn’t get it. There was no point, she was just from another financial planet.” -Sara, 23

5. “My situation was a little weird, because I was at an extremely financially-stable time in my life, but I chose to live with someone who was not very settled in their career yet, but we were best friends. I had always wanted to live with her, and I want to be clear that our problems cohabitating did not destroy the friendship by any means, but we did not renew the lease after a year because we both knew it was a bad decision. Essentially, I wanted to live a lifestyle at the house that she couldn’t, and that made every little thing an awkward situation. For example, if I was doing the grocery shopping for the apartment, and I wanted to upgrade to the organic/farm-fresh version of something, I either had to pay for it myself (while she would still eat her share), or not do it.

And it’s not that she was toxic, per se, but she also didn’t do anything to alleviate the deficit she brought. For example, if I stocked our little bar cart with some nice liquor (not necessarily a communal thing), she wouldn’t hesitate to make herself a drink with it. Yet when it came to picking out the chicken we would get for the week, where I’m very concerned about healthy, non-hormone-packed meat, she would push me to get the super-cheap, unethical stuff, because she wanted to save. And it was like, fine, save, but don’t make a G&T out of my Hendrick’s. So we cut that living situation off quickly, and now I live alone. Our friendship is much better for it.” -Janae, 30

6. “I lived with a drug dealer. 20-year-old me thought this was a fun and cool idea, and was excited at the idea of always having free weed and Adderall when I needed it. Needless to say, that did not end well, mostly because constantly having drug users and buyers just hanging out on our couch eating our food and playing Call of Duty was not a good living situation for anyone.” -Michaela, 25

7. “My financially-toxic roommate was actually my boyfriend, so I’m not sure if that really counts. But the situation was this: we moved into a queen-sized bedroom in a big house near the campus of our grad school, where we lived with three other singles. At first it was the perfect situation — low-cost, great commute, we got along really well with the hippie-ish people we lived with — but when we broke up for various unfortunate reasons (notably, he slept with my friend), things went downhill very quickly. I thought that he was going to be the bigger person and offer to move out because, you know, he cheated and everything. But he really took the lowest road possible, and started charging me down to the penny for everything we shared. We were going into exams, so it was the worst time I could be faced with moving, so I stayed for another two and a half months, and it was excruciating. He would tell me ‘We are each paying for half the room, so I get to sleep in the bed. If you don’t want to sleep next to me, you can sleep on the couch. I don’t care either way.’ I literally had to buy an air mattress to sleep in my own room just to not be next to him anymore. Lesson: Don’t ever get that financially and logistically mixed-up with a philosophy grad student who wears a man bun and calls himself a communist.” -Caro, 26

Budgeting The 50/30/20 Budget: What It Is & Why You Need To Start Using It ASAP (+Downloadable Template)