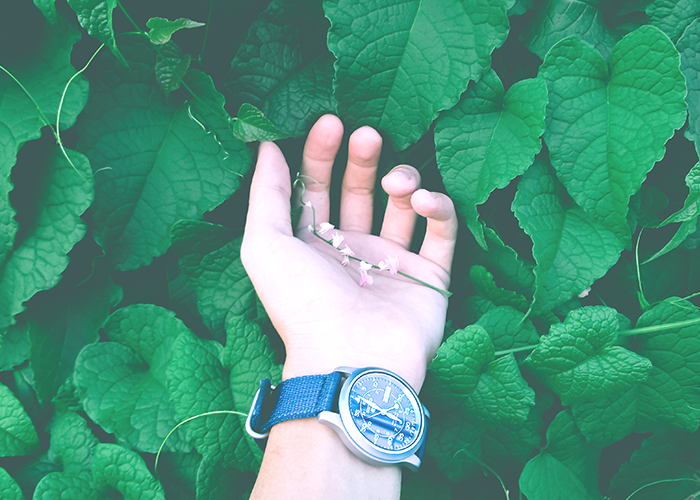 No matter how much a person has (or doesn’t have) in their bank account, conversations about finances aren’t typically watercooler talk. Just look at Donald Trump — dude has billions and “trillions” of dollars, yet he still won’t hand over his tax returns.

So when we reached out to our contributors and asked them to tell us exactly how much they had in their emergency fund right at the second they received the email, we weren’t expecting such honest answers. Whether you’re just starting your emergency fund, you’re a pro at saving, or you’re just plain curious as to how other twenty-somethings are handling their money

, these stories are worth the read.

1. “Right now, my emergency fund is a savings account with like $40 in it, which is sacred and not to be touched. I got fired back in June, so that kind of shot down some of my savings. I have a new job now, and I’m trying to save up a bit of money just for my peace of mind, but my budget is pretty tight. I also have a credit card with some wiggle room on it, so if I got in a major bind I could use that.

“In February, I crashed my car, and my car payment doubled when I got a new one, but I had to have it or I’d have been out of a job. Saving is hard on a tight budget, but I’m trying to make room for it. I’m really counting on tax refunds to help me pull myself out of some of this debt and get me back on the right track. Until then, I’m just trying to maintain and not gain any more debt. Between both of my current jobs, I’m succeeding.

“I like having an emergency fund of some kind because sometimes things happen. Speeding tickets, extra charges and fees, health problems, taxes. If something catches me unexpectedly, I want to be prepared. I have family that I could ask for money if I had to, but I hate doing that. I don’t do it unless I absolutely have to — as in, ‘ask for money or be homeless’ have to. If I hadn’t had an emergency fund and a bit of a cushion saved up when I got fired, I’d have been in bad trouble.” —Claire, Secretary/Graphic Designer, 23

2. “Right now in my emergency fund I have $800 in combined savings and credit cards. My fiancé and I saved it by putting back $50-$200 of our paychecks for the last couple of months. It’s important for me to have an emergency fund, because I have no idea what’s going to happen in my life, and by preparing for the worst, you’re never surprised. I’ve had a lot of cars break down, and I want to always have a running vehicle or pay a surprise bill when one crops up.” —Shannon, Writer, 26

3. “My husband and I have $61,725 in our bank account, but $82,610 in easy-to-get, no-penalty stock markets. We also have money in retirement accounts, but we don’t count those toward our emergency fund. My husband and I both work and we have no kids, so we made a budget to save $3,000 a month, which has accumulated a lot in just 1.5 years. We thankfully have no debt, so we were able to save money while in college as well, from jobs and getting money back from college. My husband’s parents also had a college fund for him, so when he had school paid for we were able to use all $45,000 of that to start our emergency fund.

“It’s important to us to have this emergency fund, because you never know what life is going to throw at you. When you have a cushion and something happens, it doesn’t feel like a big deal, because you have the money to pay for it. That doesn’t mean it’s not annoying when you run over a nail and have to buy four new tires, but it also doesn’t put any strain on finances when you do. It also makes marriage a lot easier. Most marriages end because of financial issues. My husband and I have never fought over finances, and I believe having an emergency fund is a big part of that.” —Alice, Staff Accountant, 23

4. “As of today I have $4,500 in my savings account. I try to set aside $250 from every paycheck or whatever I can afford to part with. Some months are better than others. The amount I can save isn’t always something I have control over, and that’s why it’s important for me to save money when I can. I’ve learned that I only have so much control over certain types of financial situations.

“A few years back when I was living in my first apartment, my car broke down out of nowhere. The cost to repair it was outrageous and I bought a used one. I couldn’t afford a new car payment and I didn’t have an emergency fund at the time — not because I couldn’t, but because I just didn’t. I bought a $2,000 car, spent all the cash I had, maxed out all of my credit cards, and spent the next six months regretting it.

“After that, I decided the stress wasn’t worth it, and I started saving.  I’ve been prepared for everything that’s happened since then. My plan is to just keep setting money aside for my future. Maybe I’ll use some of it for my wedding, a down payment on a house, a vacation, or if I find myself out of work (not by choice).” —Amanda, Chemist, 28

5. “Just this month, I reached my year-long $6,000 goal for my emergency fund. Since I split rent and have minimized my food budget with some savvy shopping, $6,000 can cover my expenses for 3-6 months. This also covers my deductible should any major medical emergencies arise.

“When I decided to get serious about saving this money, I knew I had to be disciplined. So out of each month’s budget came the non-negotiables: Housing, food, water, transportation — and because I had no debt — retirement, and now my emergency fund. Off the top of each check came a set amount (dependent on that month’s unique expenses) to be set into my savings account. Giving those dollars a name before I ever even received them prevented me from mindlessly spending too much on clothes or entertainment and reaching the end of the month with nothing left to save.

“Recently, I’ve seen the benefits of having an emergency fund first-hand. Just before making a move to a new state, I was laid off suddenly from my job (I was supposed to be a remote employee after the move). I was jobless for a little over a month. Then, we quickly found that our new apartment was infested with mold (ew!), requiring yet another move, complete with another round of rent, deposits, and moving and cleaning fees. You never know what life is going to throw at you, but having an emergency fund helps keep difficult situations from becoming a tragedy. Due to detailed budgeting, I knew exactly where all of my money was going and was able to easily move around some numbers. I barely had to dip into my savings account at all!” —Hannah, Training Specialist/Instructional Designer, 24

6. “Since I’ve started working at JB hunt in September of 2014, I’ve added $100 each month into a savings account that I use for emergencies only. The total amount of this account now equals up to $2,400. It isn’t much to save each month and would probably go to things I don’t need anyway. I haven’t had to use any money out of my savings as of yet, fingers crossed. This account is something I will only use if I ever have car trouble, need to check into the emergency room, or have an out-of-the blue hiccup.

“I think it’s important for everyone to make a savings/emergency account for themselves as soon as possible. Even if the emergency includes falling behind on rent one month, it’s still there to help you out. If you ever catch yourself in a bind, you have a little help that you forgot all about.” —Paige, Client Manager, 25

7. “Currently in my emergency fund, I have exactly $778.34. I’ve always had a savings account, but the only action it used to see was birthday money from grandparents. Back in May, I bought my first house. My first night in my bachelorette pad I was feeling so great, so independent, so fabulous…then I woke up the next morning to my kitchen floor being flooded due to a leak in my refrigerator. My first thought was, ‘Shit. How much grandparent-birthday money do I have?’ Spoiler alert: it wasn’t much.

“Now I take saving money more seriously to prepare for inconveniences (and trust me, they come frequently when you’re a homeowner). It’s important for me to have a savings account, because nothing is more stressful than panicking over whether or not you can pay for things you need, especially when you’re adulting! I’d rather kayak through my kitchen than call my parents for money.

“My fund isn’t as high as I would like for it to be, but I put a little back from each paycheck and that helps me to feel a little better about this first-time homeowner thing.” —Darby, Operations Team Lead, 24

8. “I first started saving in my emergency fund about a year ago when I started working for Dillard’s and had my first ‘stable’ adult job. Every week, $10 is drafted from my check into a savings account through Dillard’s federal credit union. I haven’t touched the fund since it’s started and it’s around $400-500 now.

“I also do the same thing through my regular bank account; $10 goes from my checking into savings every week. Right now there’s probably a whopping $30 in it! I use it for extra expenses that come up throughout the week after bills are paid. I haven’t invested my money into a 401k quite yet, but that’s next on my financial to-do list. Just by starting out small, I feel like I’m doing at least something to think about my family’s future.” —Katie, Clinical Consultant, 24