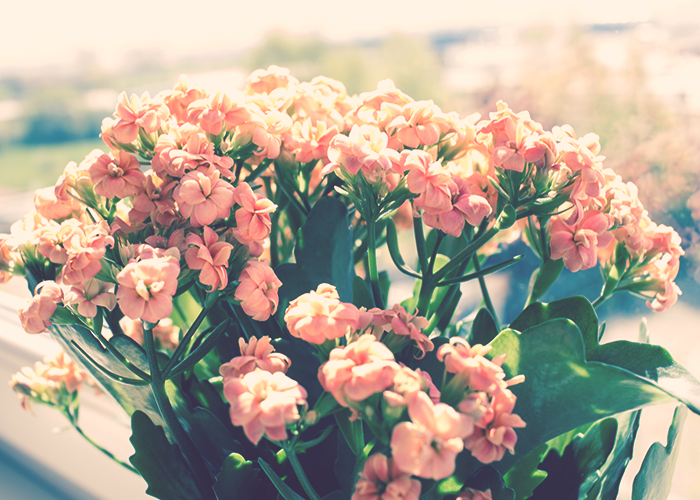 When it comes to setting timelines and goals for myself, I like to force myself to think about things other than the purely quantifiable (ie finances, career, etc). While it’s definitely important to have a clear timeline for where I’d like to be in terms of all those things, I also like to think about how I’d like to act, to look at the world, to feel. I want to become less dependent on the opinions of others, and more certain in my own convictions. I want to set firmer boundaries, and have fewer but more meaningful relationships.

Yesterday, I was talking with Marc on a long walk about how to start feeling like an adult, because in many social situations — particularly with elders, whether at work or in my personal life — I click into a role of “child” in terms of how I relate to that person or how I view myself. And while I know that I will always treat elders differently, just out of respect and deference, it’s important that I not feel like a “child” so much as the “younger adult who has something to learn.” It’s an important distinction, and one that frequently keeps me from feeling like an adult in the rest of my life. How can I take myself seriously as a businessperson, for example, if there are many times when I feel like a child, even if it’s a situation as simple as “being with someone much more experienced than myself in work?”

It’s this binary thinking that leads me to constantly qualifying my accomplishments or position in life — refusing to call myself a CEO, for example, even though I literally am one — and leaves me with heavy impostor syndrome. So to combat this, I’ve started setting goals in terms of emotional intelligence and maturity, with the goals of feeling more confident in who I am, and learning to define “adult” on my own terms, so that it’s a role I am comfortable embodying in all situations.

To that end, these are the 8 harmful (and maturity-preventing) ideas I’m trying to let go of by the time I’m 30.

1. You’re as close to people as social media makes you feel. It has taken me a long time to accept that the continued closeness I’ll often feel towards people whom I haven’t seen/meaningfully spoken to in years is a false one, continued by the fact that I see their lives nearly every day on social media, and vice versa. The natural falling-out process has been interrupted by this constant contact, and it can lead you to feel that you are a) much closer to them than you are, and b) slighted when that closeness is not reflected in real life. It’s a dangerous cycle, and makes the drifting that naturally occurs feel like some kind of act of aggression. For example, the other day, I told a friend about a mutual friend I’d removed from Facebook a year or so ago, because I wasn’t a fan of her posts and we hadn’t spoken in years. This was met with significant shock and follow-up questions, even though it’s more ridiculous to stay constantly exposed to someone with whom I no longer share anything. But part of that is assuming the emotional maturity and conviction to say, “Hey, we aren’t friends anymore, and that’s perfectly okay.”

2. There are certain benchmarks of adulthood that everyone needs to hit. A lot of us go from having a clear idea in our heads of “I’m going to have kids at this age,” or “I’m going to own property at that age,” which become later and later as actual life gets in the way. It’s natural, of course, to adapt our plans based on what actually makes sense for us, but having these milestones in our heads in the first place (and having them constantly reinforced by society) makes us feel like we’re somehow not yet adults just because we haven’t met arbitrary deadlines.

3. You’re not allowed to change career paths once you’ve started. For a lot of people coming out of school, there is such an immense pressure to find a job and to fulfill the expectations about “landing” in your career that you almost never stop to breathe, let alone consider if the job you’ve landed is actually the one you want. Between the economy, the social pressure, and the fear of losing our spot, it can be incredibly hard to step off what feels like a fast-moving carousel to try something else. But making career moves is essential, especially when you consider the impact changing companies/positions/sectors slightly can have on your salary. Many people stay locked into a path, or even a company, to their own detriment — letting go of that comfort zone is key to finding something that actually makes you happy.

4. There are people at work who know 100% what they’re doing at all times. I used to look at certain bosses and feel cripplingly insecure around them, because I was certain that they had this all-encompassing knowledge of their work, and were looking at me like I was some kind of idiot for not being able to accomplish as much as them, or learn as quickly. Of course, as times goes on, you realize that everyone is faking it to a degree and learning as they go, because everyone must rise to their demands of their new role (and don’t come in knowing everything). It’s easy to idolize a boss, or feel like a child around them because the chasm in your respective knowledge is so enormous, but that doesn’t mean they are somehow all-knowing, or you should feel embarrassed around them. Everyone has their learning curve.

5. Everyone is looking at you. They’re usually looking at themselves. Being self-aware is one thing, being constantly obsessed with how you’re perceived by people whose opinions of you have literally no impact (ie, not a boss/colleague/loved one/in-law) only makes your own life harder for no reason.

6. “Special occasions” are always going to be the highlights of your year. It can be very hard to let go of the idea of basing your year around the “special moments,” particularly in terms of the quality time we spend with people we love. We’ll put all the pressure on a holiday or birthday, and forget that, the rest of the year, it is perfectly within our capacity to create something special with the people we love. And aside from the fact that the “big” moments can often feel like a disappointment in relation to our expectations for them, the quality time that we’ll get with people say, in a big crowd at Christmas, is going to be a lot less than if we went to visit them on a random weekend one-on-one. When we don’t take it upon ourselves to create and maintain these special moments with people, it can lead to feeling less adult, because we depend on the traditions and the older family members to organize everything for us.

7. You owe people explanations for your life choices (especially the unpopular ones). One of the things that keeps me, personally, in a perpetual cycle of feeling like a child is feeling like I have to explain/justify/defend all of the choices I make. It’s almost involuntary, the degree to which I will come up with some sort of reasoning as an immediate follow-up to whatever I’m deciding to do, even if I am totally confident in the choice myself. This is true of people who are very close to me, but it’s also true to people whose opinions literally couldn’t matter less. It’s just a reflex, because I want to know that I have everyone’s approval, and I will adapt what I’m saying as much as possible to make sure it fits in to whatever they want to hear from me. It’s a terrible habit, and I’ve started markedly forcing myself to stop talking when I can feel myself sliding into justification. I just deliver the news and move on, confidently.

8. Being honest is the same as being  dramatic. I used to avoid, at pretty much all costs, having conversations with friends and loved ones where I stated something that hurt my feelings/made me uncomfortable/crossed a boundary. If someone blew me off, for example, it felt harder to say “Hey, it wasn’t cool to blow me off” than to just internalize that frustration. I felt like bringing up issues, no matter how calmly, was being “dramatic” or making a big deal of something, and that the real crime was never the slight, but rather the addressing of it. The past year, I’ve been systematically practicing the opposite, and encouraging people to do the same with me, and it’s led to a year of much more frank, open, and mutually-rewarding relationships as a result. Not everything is worth a sit-down, but confusing honesty with being overly-dramatic only hurts everyone in the end, and it doesn’t make you a more mature person for avoiding the issue.