Click here to join The Society at TFD!
Money Management

8 Millennials On The Regrettable Purchase That Put Them Into Debt 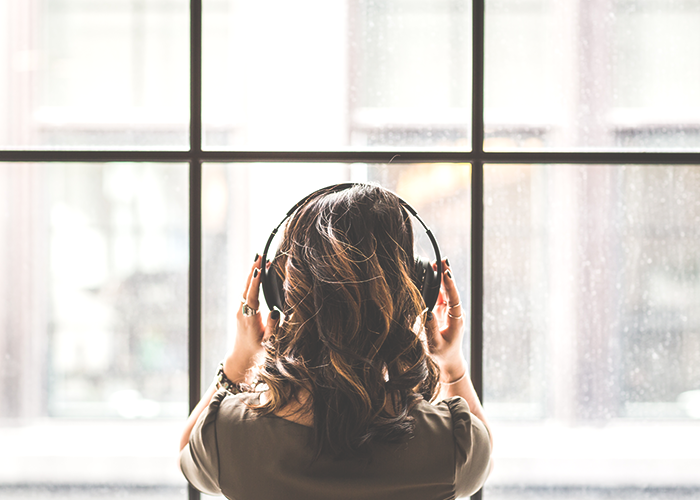 The most money I’ve ever spent at one time was when I bought my first car at age 20. I saved up the money I was earning working as a nanny and got a $12,500 gently used Honda Civic. From my research, it seemed to be a fair price for the year it was made and the miles on the car. However, I was completely shook by the idea of spending so much money. In my mind, I should have gotten a beater and driven around in a $2,500 car until it inevitably broke down, hopefully, a bit deeper into my adulthood so I could more comfortably afford to spend money on a nicer one.

My mom, however, thought differently. She convinced me to spend my money — all of it — to make sure I got a nice, safe car that would last me many years.

At the time, I wasn’t so pleased about emptying my bank account for a car. But considering the fact that I live in a suburban town and regularly commuted to my university 30 minutes away, and to jobs all over the county, a car was pretty much non-negotiable, and although I hated seeing how low my account was post-purchase, it was definitely worth it.

Three years later, I drive the car every day for a minimum of 30 minutes (usually more), and it is in perfect condition. I’ve had no issues with it whatsoever, it does great on gas, and it is overall a huge purchase that I genuinely don’t regret.

But I do think about it a lot. When spending a lot of money on something — like a car, a house, a designer clothing item, or even something like a dog — what happens when it doesn’t work out?

What if my ~shiny new car~ shit the bed after two months, and I was left carless and $12,000 poorer? How do you know when making the huge decision to purchase something hella expensive is going to be one that you don’t regret — and what happens if you do regret it?

This kind of thinking is what prevents me from spending money on a lot of things — even small things. I’m always in fear of regretting a huge purchase the way I tend to regret smaller, more impulsive ones. Making sure bigger purchases are more thoughtful and calculated helps, but there is no guarantee that everything will work out for the best — and don’t get me started on the anxiety attack I’ll have if something expensive doesn’t have a decent return policy.

I fear regret. A lot. Especially when it comes to huge, expensive purchases.

But out of sheer nosiness, I decided to survey around and see what purchases others have made that they genuinely regretted — the huge purchases that they thought would be life-changing investments, but actually turned out to be total duds that shot them into debt.

I asked eight millennials about their expensive, regretful purchases. Here’s what they had to say.

1. “When I was maybe 24 and fresh out of college, I was living on my own (in an apartment I could hardly afford, no less), and I bought a designer dog. Spare me the lecture on how terrible it is to buy a dog — I know. But even the most ethical animal lovers will melt when faced with a puppy in a freaking window that is whimpering and begging to go home. I love my dog, she’s still alive, and I’m overall not regretful of getting her, but man, for months after I got that dog I was literally living like a college kid again. I bit off way more than I could chew with that, financially. Like, if I adopted a dog from a pound, I would have been able to sort of handle affording the monthly expenses of having a dog while keeping a little financial buffer in my account for savings/emergencies/etc. But I spent literally my savings on the dog. It seemed like a great idea at the time, and I love my dog, but looking back, I’d never do it. I wouldn’t advise that to anyone.” — Zoe

2. “I knew I wanted to move to NYC after graduating college, but I didn’t quite have the funds to, so I realized quickly after graduating that I’d need to get a car if I wanted to secure employment to save for my move. I’d always been against the idea of buying a car because I knew I wanted to live in the city anyway, so I always kind of blew through the money that most late teens/early twenty-somethings would be saving for a car because that was an expense I just never thought I’d have. Then when push came to shove and I needed one, I decided to get a nice one. Not super nice, but not one from someone’s front yard — it was a used Chevy Cruz. I liked it a lot, but I spent over $10,000, most of which I financed, because like I said, I didn’t have money saved for a car. I think I put down like two grand and financed the rest. Then — plot twist — I did secure employment and an apartment in the city a lot faster than I’d expected. I kept the car, obviously, because I knew I’d take a loss if I tried to get rid of it. I think I used it for less than six months before moving to the city with it, where it costs a ton to keep parked and I literally never drive it except for once in a while to go home and visit family. So yes, I do indeed regret that, and I’m still paying it off, and will be for a good while it seems.” –- Alicea

3. “I bought a really expensive computer for work that I ended up not being able to use for work. It took a while to pay off, and I still feel like I need another that I can use at work, so it was a huge waste.” — Kevin

4. “Is it too cliché to say college? I really liked going to college, living in dorms, and the whole experience, so I don’t consider it a total bust. But I actually am part of a family business, so to be fair, I would be gainfully employed whether or not I completed my degree. I wanted the knowledge and the experience and the piece of paper, and I totally think it is an excellent investment especially if you’re not in my situation. But I had an excellent job waiting for me right out of high school — it is a privilege I don’t take for granted, and my loans will be paid back, but I do regret going sometimes, if only because I think I only went because everyone else was, without understanding that people go as an investment in themselves to find gainful employment with their degree and earn money post-grad.” — Sydney

5. “I bought a lot of really expensive furniture

when I moved into my first apartment because I wanted to have a ~grownup home~, but I really shouldn’t have. It was true lifestyle inflation — I figured grown up me could afford all of it, when I really couldn’t, and ended up charging my credit card to furnish my new little place — and obviously, it was my first apartment, so of course I ended up moving out of it a year later to a place where none of my furniture was really compatible.” — Clare

6. “I bought an expensive Macbook when I had pretty much no money because I thought my intended career path would require one (I wanted to go into design), but then I totally switched gears and ended up on a path that wouldn’t require me to work on my own personal computer essentially ever. They’re nice computers, but damn, if you don’t have a ton of money in the bank, $1,200+ is a lot to spend on a device you’ll basically be scrolling through Twitter with. If I used it regularly for important things, it would be a different story — but I definitely regret it.” –- Liam

7. “When I graduated from college and got my first ‘big girl’ job, I decided to treat myself and buy a really expensive ($1,300) bag. I thought it was really chic at the time and had wanted it since I was probably 13, because I always saw girls carrying these expensive bags and never had one, but I never felt like I had the means. I knew it would be the perfect grad gift to myself. But as pretty as it was, it simply wasn’t a good purchase. I ended up really hating my career right after I began, I switched paths and had a little financial turmoil and I felt stupid walking around with a thousand dollar tote bag

during all of it. And I don’t really find it that attractive anymore now that I have it.” — Lexi

8. “I got married at 20 and we bought a house at 22 and then divorced very quickly. It is one of those financial decisions that may have been really good if everything worked out, but the money situation just got so messy when we split up and we are both much worse off now because of it. I did everything really young and, to be honest, without a lot of thought. I had a job but not a great one, so yeah, I could get a mortgage, but paying it is a constant struggle. I regret it sometimes, because I know that the debt that comes along with owning a home is ‘good debt,’ but it definitely doesn’t feel good.” — Ashley